Wildlife watching in the Claise Valley in August

The 10 or so days of hot weather near the end of July have allowed our butterfly numbers to make a recovery (for most species, anyway). There are still very few Common Blues, but the Short-tailed Blues are everywhere. Some of the Fritillary species just haven't put in an appearance (Glanville, Knapweed), whilst others are now very common (Silver-washed). This positive trend should continue, as August is traditionally the hottest month of the year.

In the Brenne and other damp habitats the extensive reedbeds will be flowering. Their beige plumes often form the backdrop to swallows hunting insects over the vegetation in the étangs once the crops in the fields have all been harvested and are no longer providing the prime hunting ground.

The Southern White Admirals have arrived. 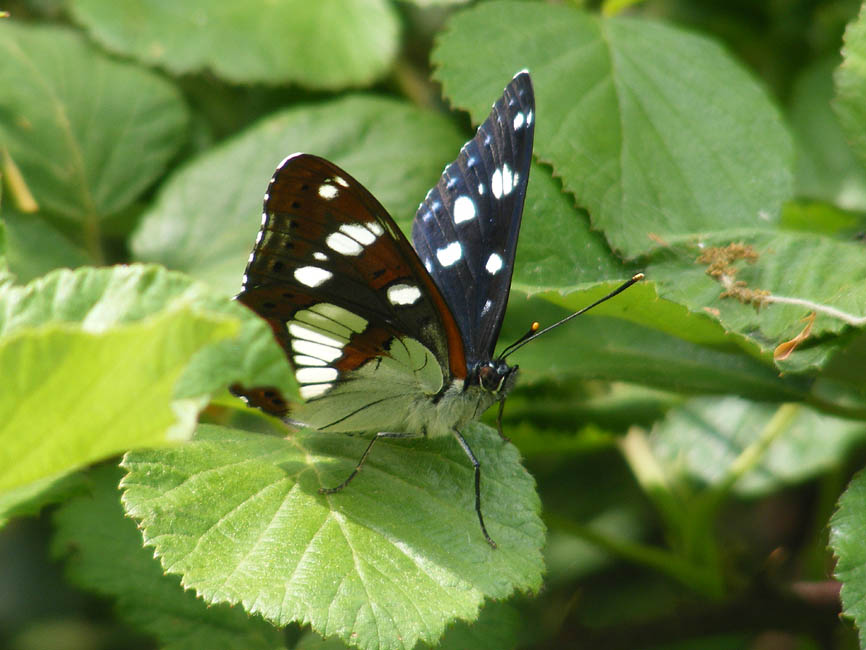 Look carefully in shaded woodland areas or anywhere that is cool and a bit damp. The Common Dog Violets may be having a second flush of flowers. Even if you can't find Dog Violets, their pretty cousins the Wild Pansies just power on from spring to autumn, flowering continuously in their waste ground habitats.

Warmth loving flies such as Hoverflies, Horseflies and Robberflies have been building up in July and will continue in good numbers this month. Don't automatically dismiss flies as something nasty - many of them are beautiful and interesting to watch. Hoverflies and Robberflies don't bite and only female Horseflies do. Watch out for mosquitoes though - the silent, black and white stripey Tiger Mosquitoes have been around for a couple of months, and they can carry flu-like diseases.

Common Bluetail damselflies are with us from
spring to mid-autumn. 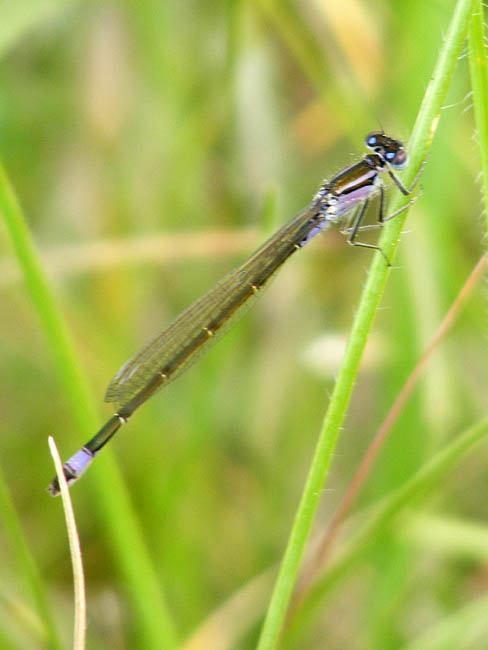 Another group that will be in their prime in August but dismissed by many people as weeds are the thistles and their kin. If you are interested in wildlife always check out flowering thistles, as they are host to an amazing number of insect species.

If you are very lucky (I hope to be, later in the month with the Association de Botanique et Mycologie de Sainte-Maure-de-Touraine) you might see the very rare Violet Helleborine orchid this month in the Forest of Loches.