A Memorial in a Forest Glade

In the summer of 1944 after the D-Day landings in Normandy (Operation Overlord) on 6 June, but before the Allied invasion of southern France on 15 August, the task of disrupting the German forces in Central France was given to the various Resistance groups with SOE and SAS support. Allied forces had been able to make a number of arms drops in the area, but the Germans were jittery and on the verge of pulling out. Heavy fighting ensued, usually hand to hand, field by field. The Resistance used the many forests in the Touraine as places to hide and the spot known as Péchoire in the Foret de Preuilly is a typical example.

Parading from the graves to the memorial. 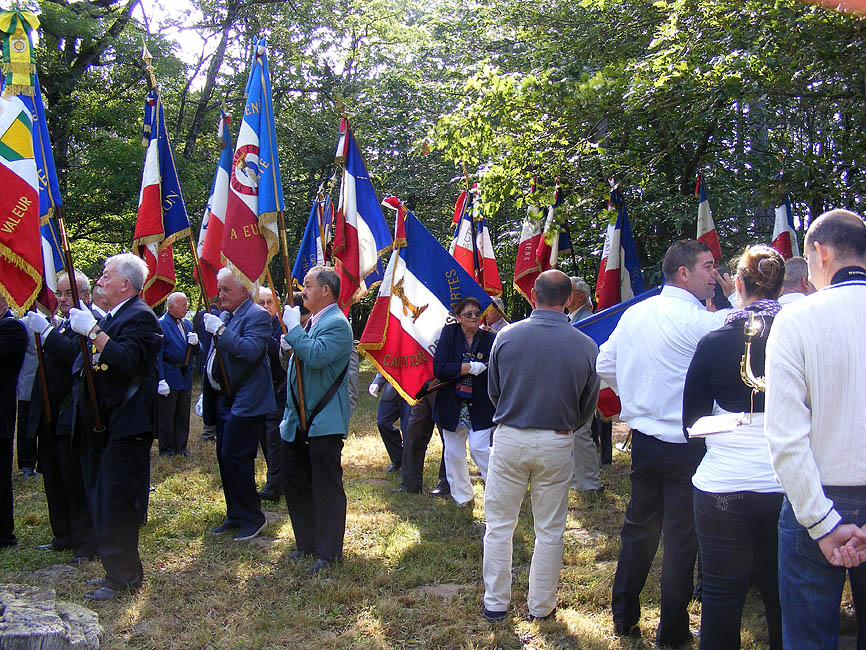 Two Resistance groups, camped a few kilometres apart operated from this section of the forest. One was Communist, the other FFI, so no doubt the communication between the two groups was not good. Each group would have had a completely different vision of what France after the war should look like and so although both were fighting for the freedom of their country, opinion on what that country should ultimately look like was divided.

Remembering the dead.
The retired para in charge is centre foreground
with his back to the camera. 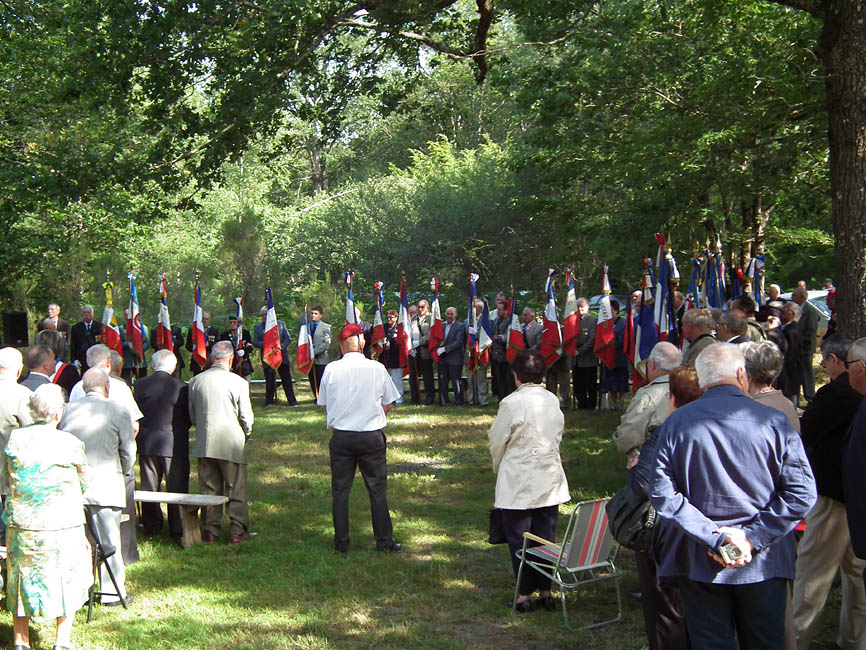 Nevertheless, the two groups were very effective guerilla fighters, and the Germans, in their amoured vehicles, were too afraid to enter the forest. They simply sat on the fringes, surrounding the forest and laid seige for about a fortnight. Finally the Resistance were betrayed, and the tanks rumbled in on 23 July. The fighting lasted two days and 8 Resistance fighters were killed and buried where they lay. Four of the graves are almost on the side of the road, in a beautiful clearing in the forest and very accessible. The others are a kilometre and a half away, much more hidden and you have to know where they are to find them.

Best dressed man at the service. 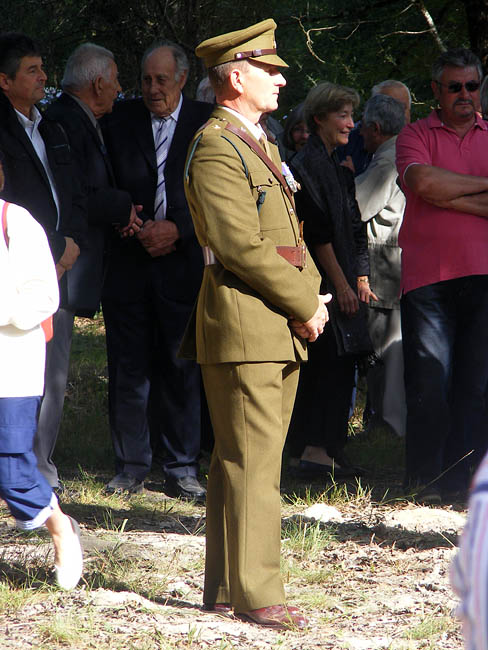 This year was the 68th anniversary of the action and looking at our photos, I would say about 200 people turned up for the memorial ceremony on Sunday 22 July. All the local returned services leagues were represented with their banners and the proceedings were directed by a retired paratrooper. By far the most smartly turned out person in attendance was a retired British officer who lives nearby, but everyone was here to remember fallen heroes.

The French approach to these ceremonies is rather nice. There is a plan - it's even on paper - but there is no dress rehearsal. People just turn up when requested and do their bit. We were lucky to find out about it, and have our friends Jill and John to thank. This is also typical of France - these ceremonies take place every year, and everyone is just assumed to know where and when. We would have liked to stay for the whole ceremony and the vin d'honneur afterwards, but we had to leave midway through. This wasn't an issue - people came and left throughout the whole morning. The important thing in these small rural communities is to turn up, no matter how briefly, and no matter if you are in your work overalls.

For a related post on remembering Péchoire see Chez Charnizay, as Niall and Antoinette went to the exhibition in the village that was part of the commemoration this year.
Posted by Susan at 09:00