It was Simon's birthday on Monday, so here are some pics from the party. Half the guests had gone home by the time anyone got round to taking any photos, so all the food is eaten and all the remaining guests feature several times in the photos. Also there but not pictured were Tim B, Gaynor, Antoinette, Niall, Colin and Elizabeth. It got quite chilly and most of us were dressed for the high 20 degrees it had been in the early evening. 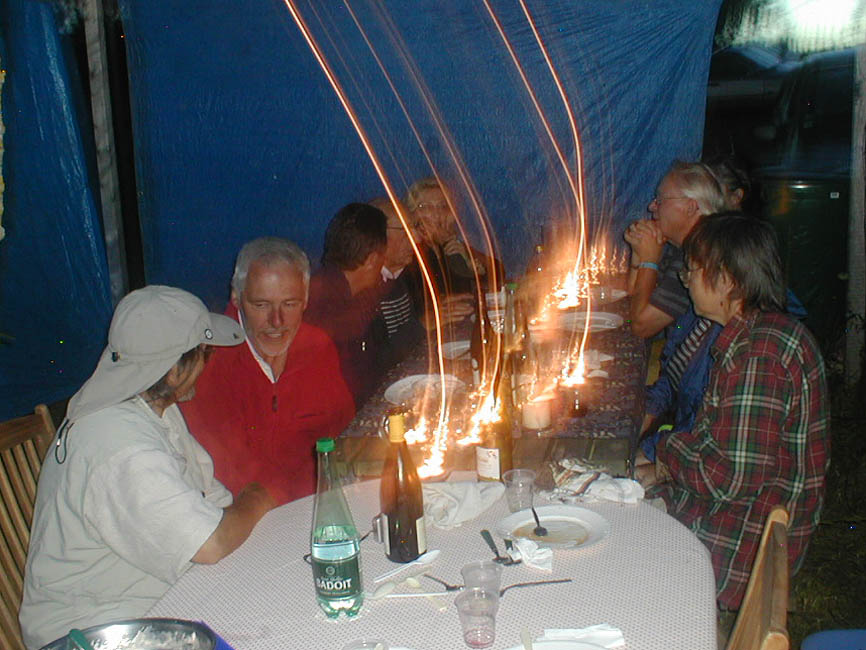 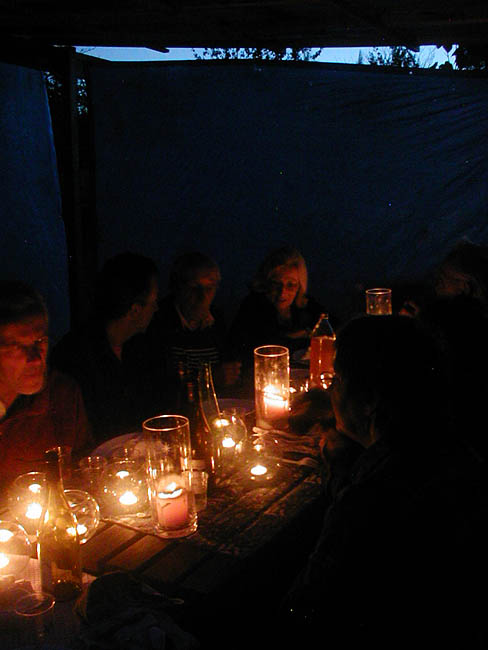 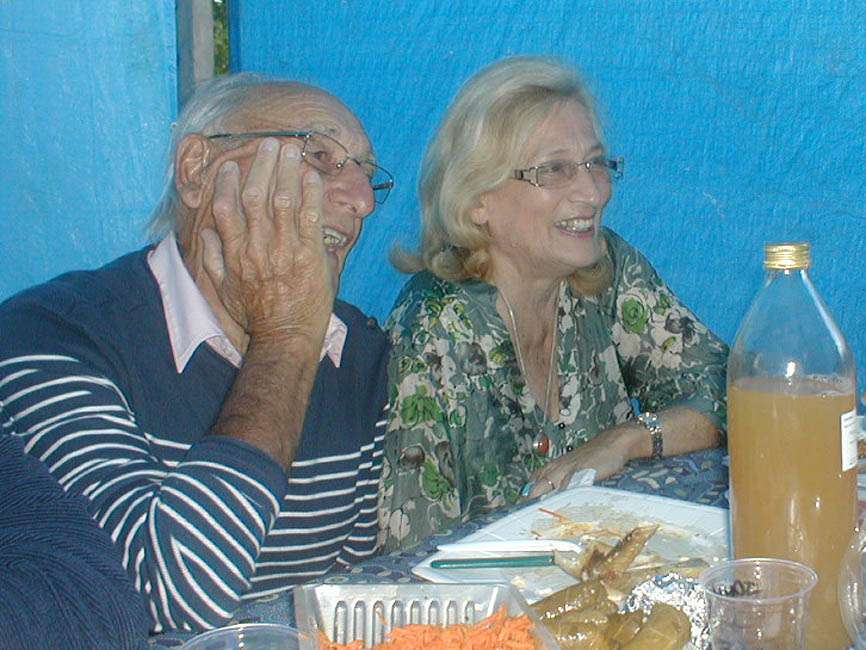 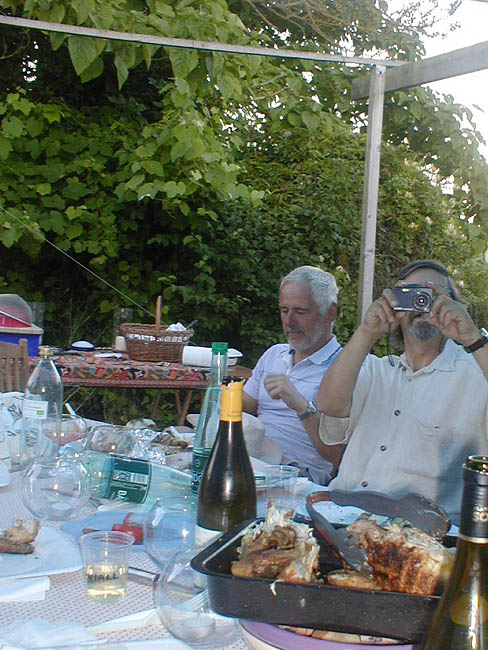 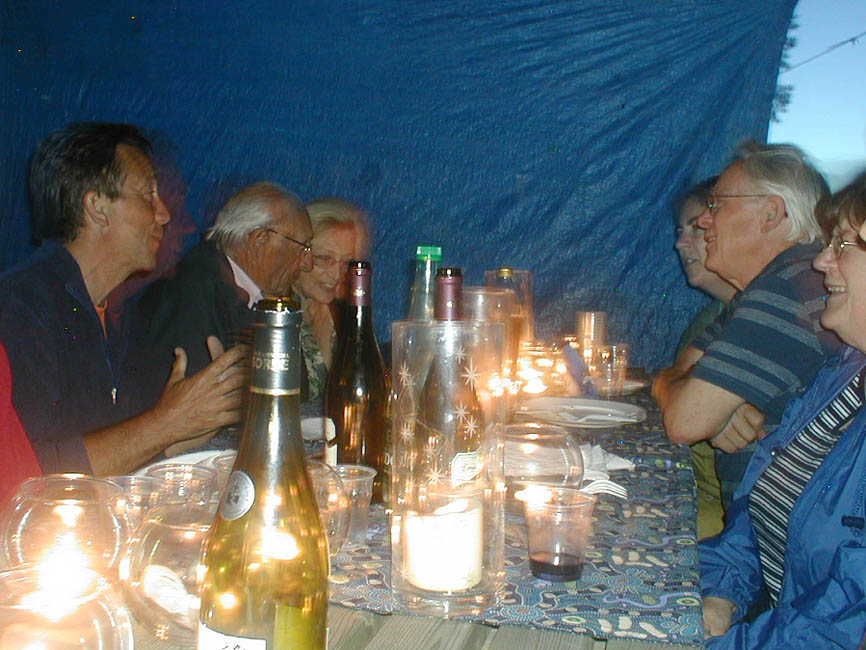 It was held in the orchard and we supplied max strength Aerogard because the mozzies and horseflies were enjoying themselves on some of the guests (not me though - I didn't get a single bite and I wasn't wearing repellant). The menu was pissaladiere and dolmades with pineau des charentes or sparkling Montlouis for apéro followed by Simon's marinated barbecued smoked chicken with salads (from Antoinette, Elizabeth and the charcuterie in Preuilly). Then there was fruit salad from Gaynor and red and black currant ripple meringues (except I forgot to serve the coulis that went with them - oh well - party leftovers are always handy).

We had a lovely time and enjoyed the delicious food, relaxed atmosphere and interesting company.

Did the Birthday Boy have a sore head?

Thanks for inviting us.

Happy belated birthday to Simon!!! Seems like a great party; certainly as good as the unforgetable blogger BBQ in June :) Martine

Having forgotten to take photos is always a good sign of a great party.
Happy Birthday to Simon and big hello to you Susan.

Oh Simon I missed it again :-( a very happy belated birthday and i'm very sorry i wasn't there to help raise a toast to the wonderful year ahead. The date is now on the perennial calendar.

Happy birthday from us, Simon. Not belated, really, just trying to help you squeeze a whole week out of your birthday celebrations.

Thanks All for birthday wishes.

LnS - the photos are blurrier than I was.

Happy Birthday Simon, glad you had a good party and the weather was BBQ friendly, looks like a good time was had by all.
Lavender Oil is a very good insect repellant, you could grow some in the orchard and have it to hand when needed