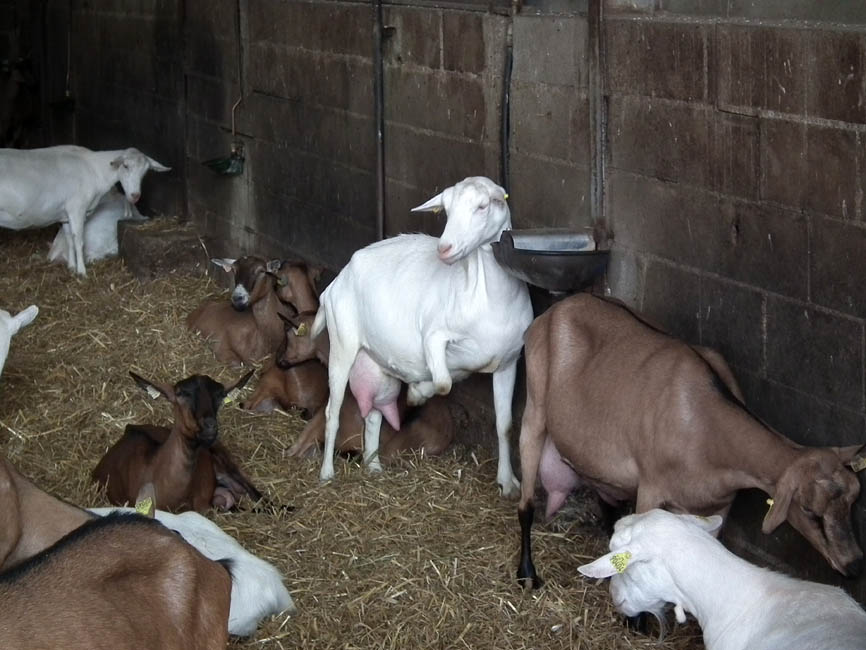 Some months ago a notice appeared on our town noticeboard at the mairie. It said that if you had any suspicion that you might have Schmallenberg virus in your herd of cattle, sheep or goats you had to report it to the authorities. I meant to photograph it and write about it, but never got round to it and now the notice is gone. However, a few nights ago I was relaxing in the bath listening to ABC Radio National and Dr Peter Kirkland was interviewed. He is an Australian expert veterinary virologist and he talked about having been to Europe 3 times in the last 9 weeks to advise on the new virus that has emerged in Europe. It reminded me that I really ought to write a blog post on the subject.

Solognote ewes and lambs in the Brenne. 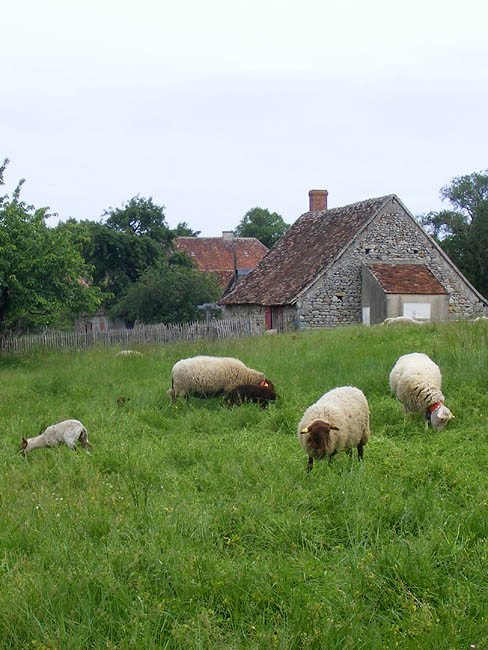 Schmallenberg virus is so called because it first appeared in the town of Schmallenberg in Germany near the border with the Netherlands. It is a new virus, of a type never seen before in Europe, but similar to a number that occur in Australia and Asia (such as Akabane virus which originated in Japan). The vector is a small biting midge and the disease causes birth defects or abortions of foetuses. If your herd is pregnant at the time of the outbreak you can expect up to 50% losses. If the virus hits at other times of year then there is no impact, and it does not infect humans.

Limousin cows and calves next to one of my butterfly transects. 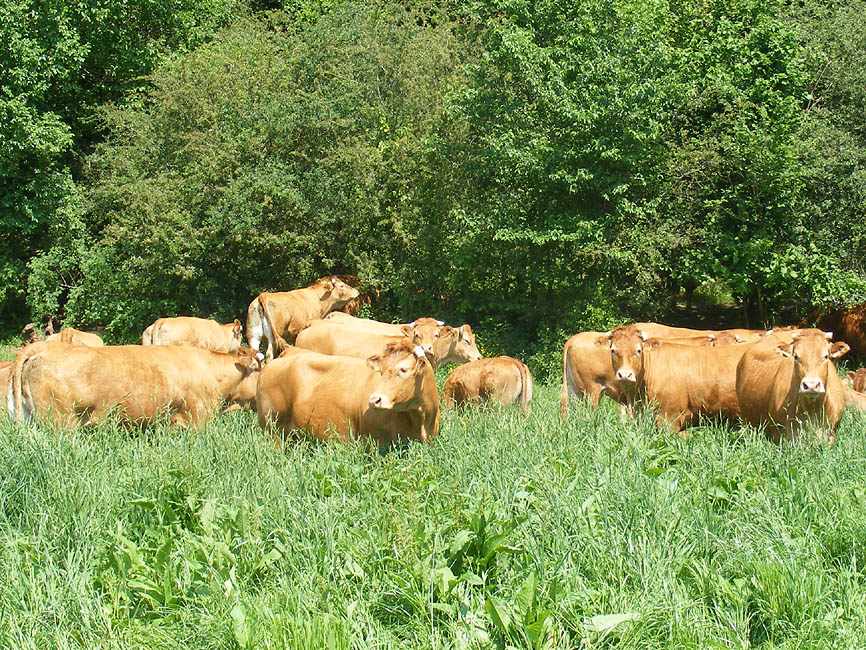 I'm told that one of our local vets was the first to identify it in the Touraine, earlier this year. It first arrived in France on 25 January, after turning up in the Netherlands, Belgium and Great Britain. The first case in Indre et Loire was in a flock of sheep at Abilly, in February. By April it had become widespread in the Touraine. The newpaper reports indicate that it was only prevalent in sheep here, and losses were up to 35%. By late April 1303 farms in 49 départements had reported the disease, of which 1098 cases were in flocks of sheep. Just recently a report showed that 10% of ewes in our region test positive for Schmallenberg virus, but natural immunity is high and there will be no need to mass vaccinate with the recently developed Dutch vaccine. Sales of sheep and lamb meat have not been banned and the PR men have been mobilised to explain to the public that there is no risk to human health or the flavour of the meat.

I've heard of this virus and have been wracking my brains to remember where and when.
I've narrowed it down to either Countryfile or ....The Archers!

Nasty virus and a nightmare for farmers.

After the first outbreak was spotted the poor young farmer in Abilly appeared in the local paper several times, and he's a champion blusher. At least the entire flock doesn't have to be slaughtered, and farms for miles around quarantined. Just very distressing when a lamb is born with deformities.
Schmallenberg virus has of course been mentioned on the Archers.

Belated Birthday greeting Simon. Hope you had a good one. Cheers Diane & Nigel