Time for another map mashup.

This time it is the chateaux around Preuilly-sur-Claise. It isnt complete by any means, but it will be added to as we take more photos - and discover more chateaux. We are always dicovering more - just drive down any road, and sooner or later there will be a discovery.
Anyway - the mashup is here

Email ThisBlogThis!Share to TwitterShare to FacebookShare to Pinterest
Labels: Maps, Pictures of Chateaux

Another view of St Savin

Why an abbey needs a crenellated tower quite a butch as this is beyond my comprehension, but maybe it's a later addition - or not even really part of the abbey. 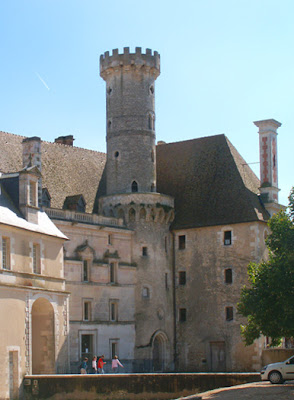 When you get behind the abbey things are not nearly so neat and ordered. This part looks like it needs some loving care and attention. 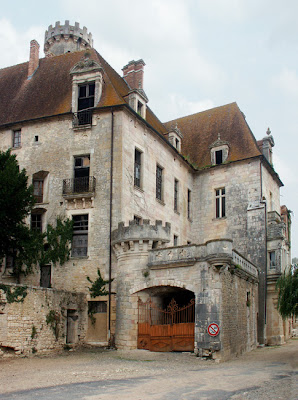 A photo taken in Chatellerault. Some rooflines just shout their Frenchness (?!) at you. 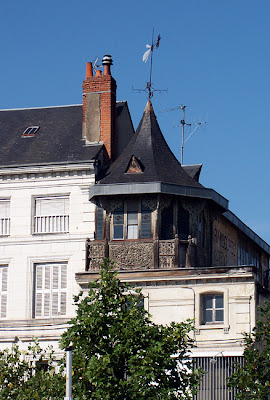 Stage 5 of the Tour (on 9th July) is from Cholet to Châteauroux. It is the longest stage of the tour, at 230km (about 140 miles). There are no more details of the route on the web, as far as I can see, and the map only shows where the towns are, which is a pity because it means I can't give the exciting news of the day as a fact, but:

I THINK THE TOUR DE FRANCE WILL BE VISITING PREUILLY-SUR-CLAISE THIS YEAR!
As my nephews and nieces would say "woot!" (I don't understand that, but apparently it's good.)

My reason for thinking the Tour will be visiting us is that according to Google Mapping, to make the route from Cholet to Châteauroux 230km you have to go through Chatellerault and Preuilly. Of course, they could have planned a very devious route, but that would be a fair bit of effort just to deliberately avoid us.

More news when I find it.

We have just has a comment posted on the blog from henri proust (a nom de web, surely) who has a blog wholly concerned with Richelieu, concentrating on the architecture and design. When I was writing my entry on Richelieu in I was looking for a site just like his, because although there is a lot of good information available on various noticeboards around the town, the town's website is sadly lacking.

My contribution to the furthering of this topic is a photo of what the town walls and moat have become; a kind of picturesque mélange. 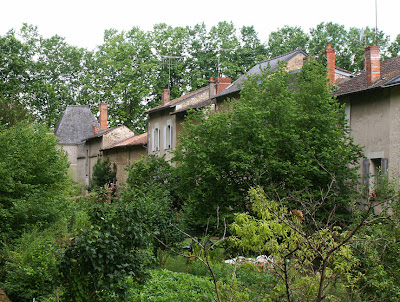