Generally, birdwatching in Europe is a waste of time. Generally, the birds are too small, too brown, too hidden in the foliage or too far away.

But every now and then, usually when I am in the company of a proper birdwatcher, I get to see something worthwhile. 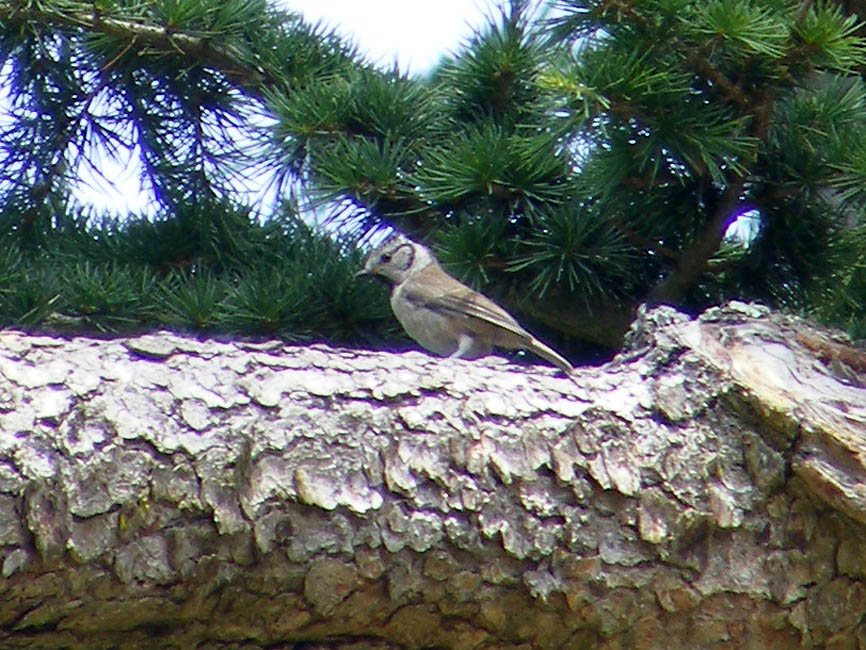 I think Crested Tits are actually fairly common here, but I'd never seen one before. My impression is that they like conifers, especially cedars. This one is in a Cedar of Lebanon in the park at the Chateau of Chenonceau and was pointed out to me by a birdwatching client in late May. 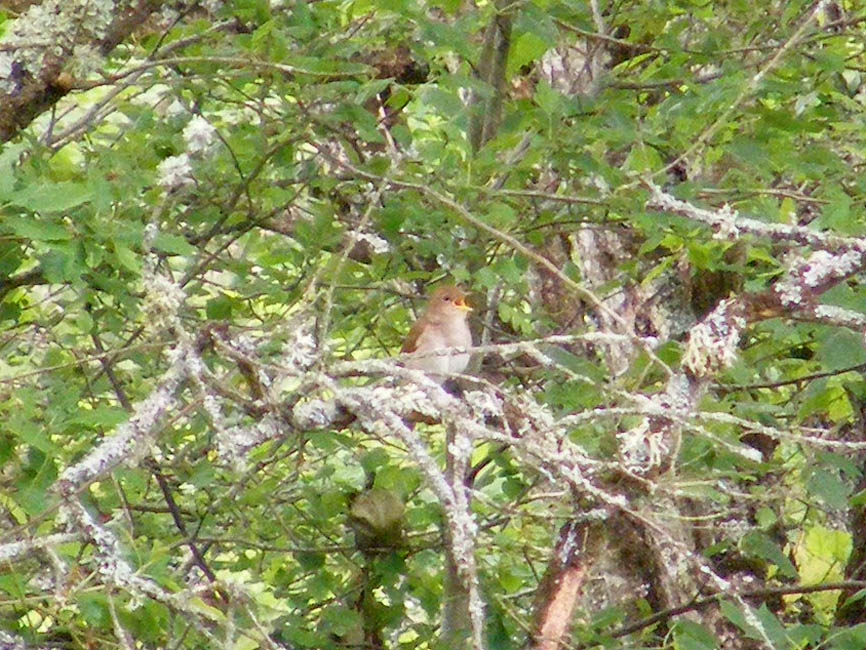 Until recently I could not distinguish between the call of a nightingale and a robin, but thanks to a tutorial by Pauline I am now identifying nightingales left, right and centre. They truly are in every bush and tree here, giving it some wellie. I still don't see them very often - no one does - but I know they are there and can tell it's them. To be honest though, I am not sure what the fuss is about. The song is loud, but not that musical. Nevertheless, their iconic status is less surprising than the skylark and its scratchy old gramophone sound. This one was photographed by me in the Brenne in late May while I was showing my sister and brother-in-law around (both keen birdwatchers). 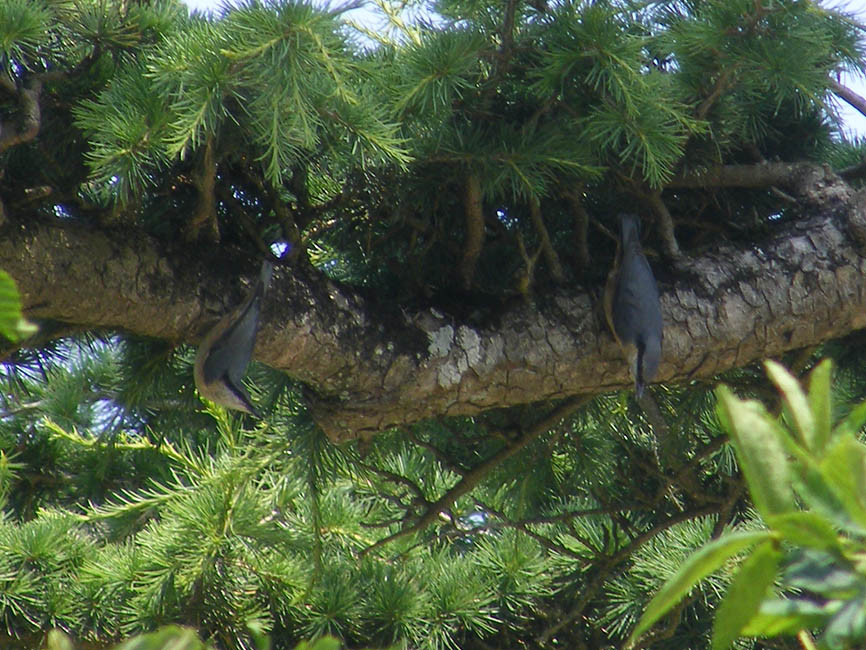 Nuthatches I've seen before, even in England, but these two were very cute. I think they might have had a nest in this Cedar of Lebanon at Chenonceau. They are one bird I see quite often there, even scavenging under the picnic tables like a sparrow! They are a lovely agile little bird, with very smart grey and buff plumage.

Email ThisBlogThis!Share to TwitterShare to FacebookShare to Pinterest
Labels: nature and wildlife, Pictures of Chateaux, the Brenne

I'd like to know more about birds but for recognition both my eyesight and hearing let me down!

Susan, your comment that:
"Generally, birdwatching in Europe is a waste of time. Generally, the birds are too small, too brown, too hidden in the foliage or too far away." is highly inaccurate!!
The birdwatching in Belgium, Holland, France, Germany, Hungary and Poland [to name a few] is excellent... there may not be excitement for bird tickers or "twit-chers" as they are known, but the chance to watch rarer species in the UK in number in Europe... and therefore gain a fuller understanding of their biology, way of life and needs with regard to food and habitat.
There are numerous guides available to tell you where to go for the more special varieties and what time of the year to be there!
France alone takes two volumes!!

This link will take you to Birdguides shop where these books, carefully researched, are available....
http://www.birdguides.com/estore/c-3-books.aspx?&pagenum=2

Have fun learning a new field!
Glad to hear that a certain elderly lady is now well!!

Tim: Hmmm...I don't see too many parrots listed for Europe.

Ring-necked Parrakeet.... colonies outsideLeeds, Manchester, London, Birmingham, Paris, Hamburg, Gdansk and Brussels... all NON-native and out and out pests... should be re-named Wrungnecked Resting Green Pests.... had a superb apple on the James Greive at the allotment the year before we came here permanantlike... beautiful red, glossy apple.
Being of short stature I could only see the underside of this beauty... went to pick it... parrot shaped gouge in the upper side! B'strds!! I've looked for recipes for apple and parrakeet... but found none!

Used to buy pigeon breasts from Leeds Farmers Market and cook them with cherries... vengance on the ones that ate ours out of the top of the tree.... and I'd regularly shout at them that I was scoffing their relatives... it never worked!

Rose-ringed aka ring-necked parakeet is naturalised in UK, Holland, Belgium and Germany with flocks upwards of 300 shouting screaming apple-crnching small parrots! We had a group of 10 visiting our allotment in Leeds.

You're shaking our tree, aren't you?