On the recent botany outing to the woods around the Chapelle du Liget I stumbled across (almost literally) what the expert mycologist in our group described as 'the best mushroom in the forest'. It's a type of cep (porcino) and apparently it trumps even the famous Cepe de Bordeaux Boletus edulis. Its name in French is the politically incorrect Tete de negre, now often amended to Cepe bronzé. Its scientific name is Boletus aereus.

The mushroom in situ. 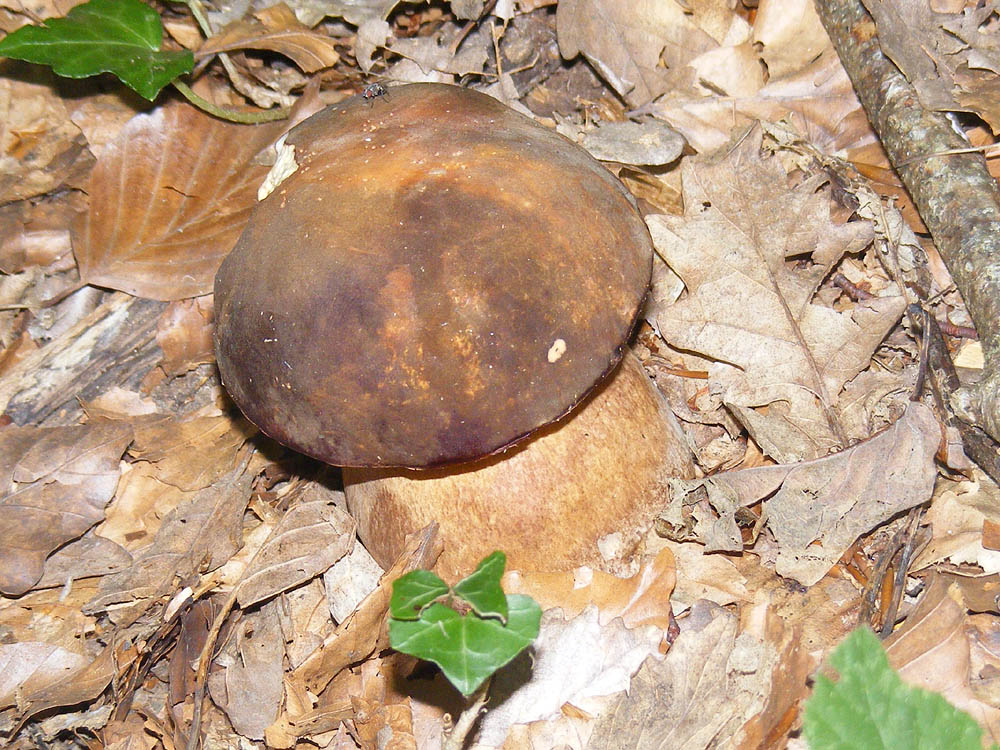 The mushroom is clearly recognisable as a bolete, with its squat fat tan netted stem and thick fleshy domed top. The skin is a dark olive brown colour, dry and without any hint of slime. Underneath the tubes (this is not a gilled mushroom) and flesh is creamy white, with very little rust coloured staining that I observed. The mushroom weighed more in the hand than I expected given its size. It has a pleasant mushroomy smell and a small piece tested on the tongue did not taste bitter. I found it growing in the leaf litter amongst oak and beech trees. Rogers Mushrooms lists it as rare.

On the chopping board. 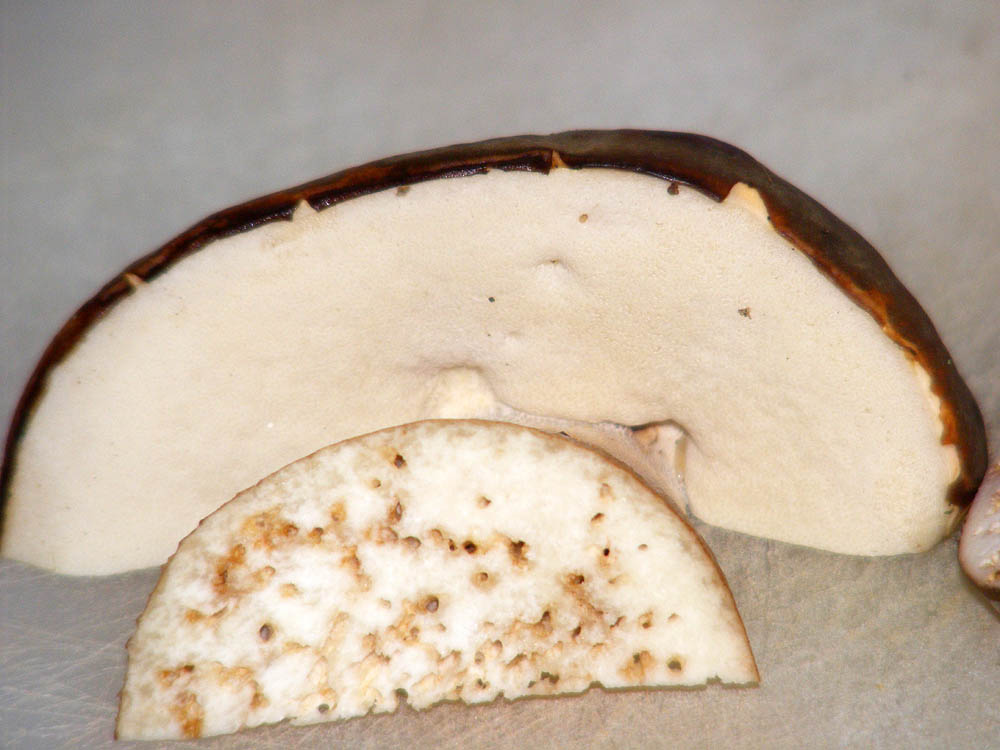 I was advised to brush it off, cut off the bottom half of the stem, which was clearly maggot infested, then slice the mushroom into thin slices and fry in butter. I duly did this for breakfast the next day and it was very nice. Not a religious experience, but certainly one worth repeating if I am lucky enough to find more and have an expert handy to identify it. To be honest, the mushroom looked exactly like all the photos on the internet I have found of it, so if I found another and it met all the criteria above I would be confident enough to eat it.

ps. If you're in Preuilly sur Claise this evening, there is a concert at 5.00pm in the abbey church.

Email ThisBlogThis!Share to TwitterShare to FacebookShare to Pinterest
Labels: Food and Drink, Loches and area, Montrésor, nature and wildlife

No such thing as a vegetarian option in organic veg!! Yummy fried fungus gnat grubs... bletch!!