An Update on the Gears

A couple of weeks ago I wrote about the problems we'd been having with Célestine's gearchange.

When we rang Jean-Louis to tell him the problem was sorted he suggested we visit him, just to make sure the job had been done properly, and that we weren't heading for more disasters. This we did, and after looking at the mechanism he decided it was time for it to be overhauled.

First problem was removing the mechanism: it sits screwed onto the back of the dashboard, a position not only difficult to access, but one which requires the bonnet (hood) and battery to be removed as well. This was achieved with not too many "mince's" and we could see what we had to do. 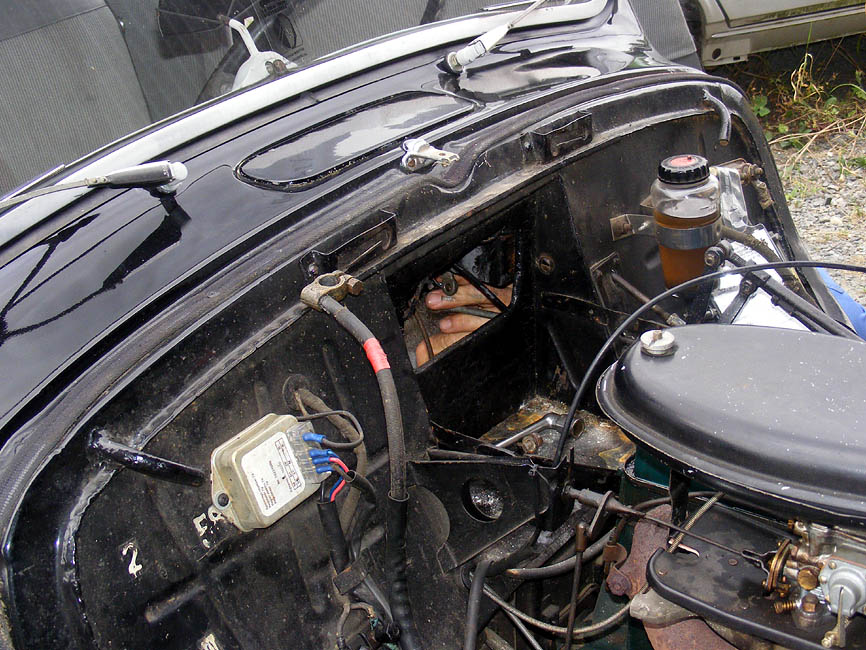 In the past various bits and pieces had been done on the mechanism by someone Jean-Louis quite charitably described as a "bricoleur". This included using wire ties - rather than rivets - to hold the spring that returns the gear levers to neutral (the original cause of our problem). We assume that one of these ties had become entangled, bent and then snapped the spring, causing her ladyship to maroon herself.

The wire ties on the return spring. Not optimal... 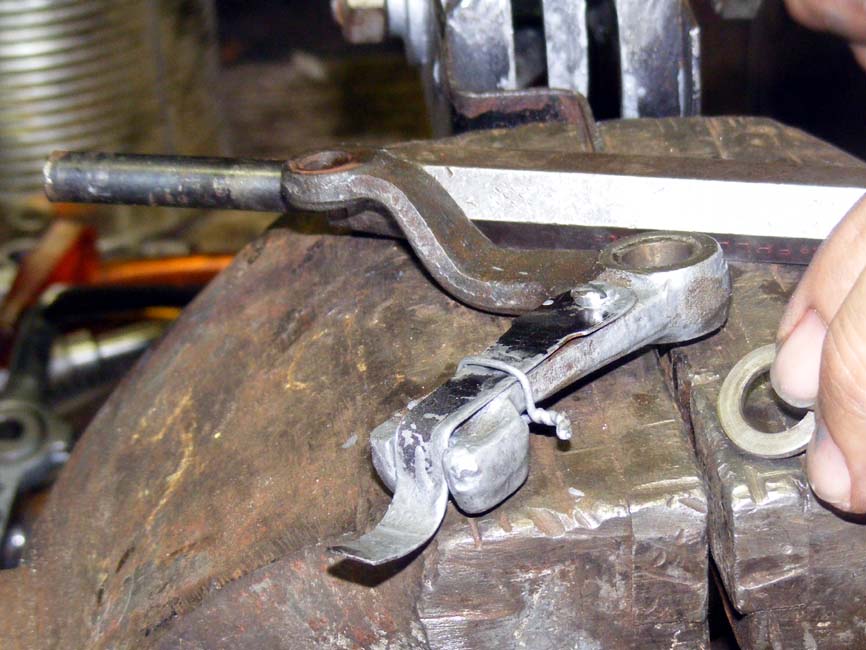 Of course, all of this took a lot longer than we had hoped, (and also longer than we expected) so we had to stop for lunch and then work on into the afternoon. The afternoon was hot, so we used a carton to create some shade while we put the mechanism back in. 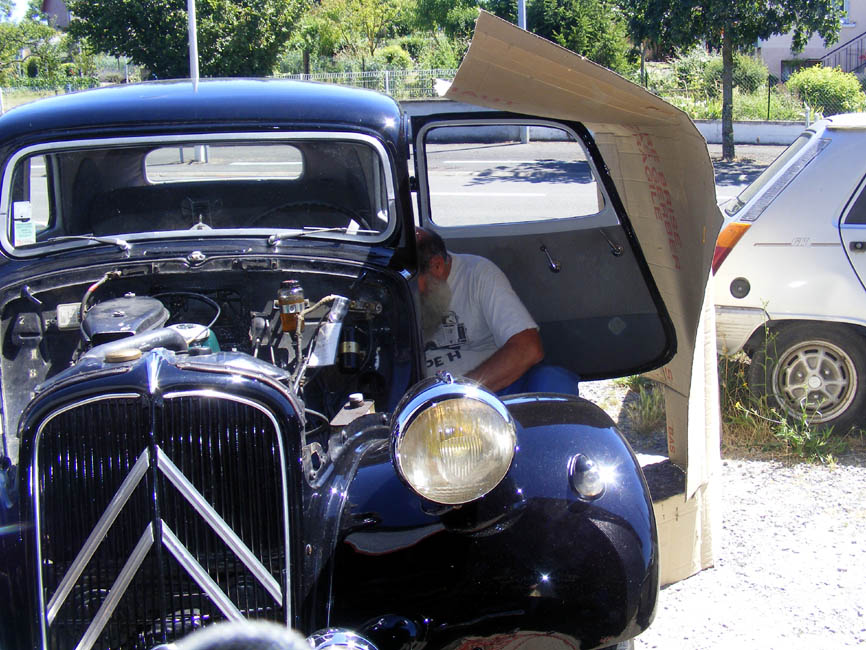 So we are now back on the road, and the gear change is nice and positive and precise - or at least as precise as waving a stick that pokes out of the dashboard can ever be.

Simon, soon you'll be able to do all this yourself. You're learning a trade!