A Rash of Spotted Longicorns

Well, a rash might be an exaggeration. We've had two in the house in the past month. I think the hot weather had something to do with it. Either they were flying in through the windows or they were emerging from some firewood under the stairs. 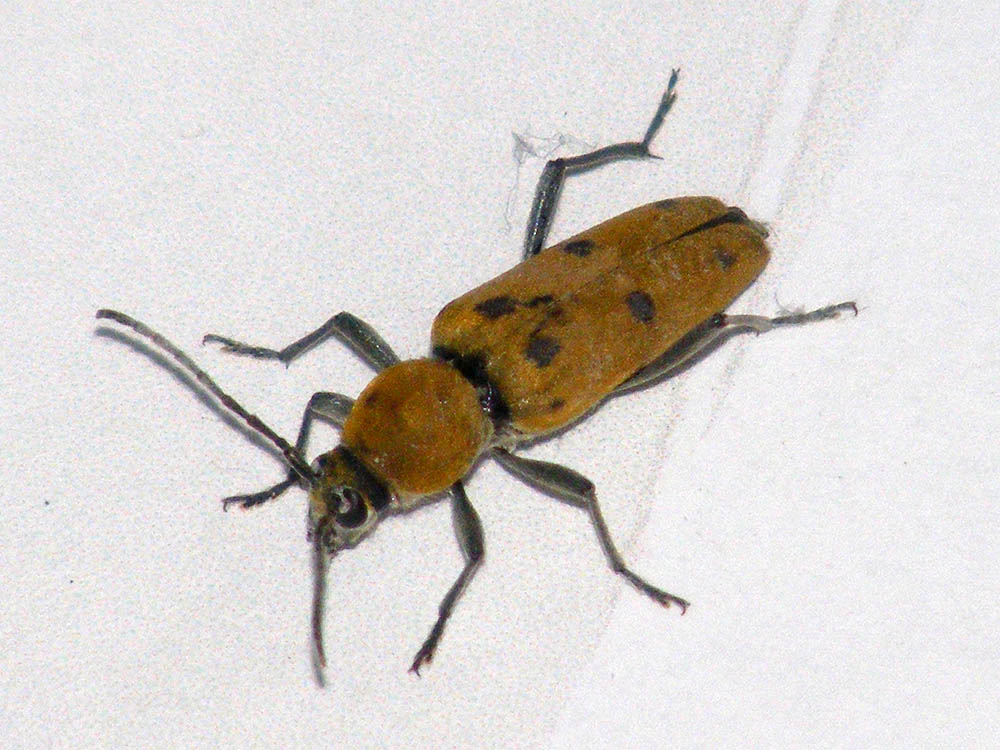 The Spotted Longicorn Chlorophorus glabromaculatus is actually a black beetle, but like many longicorns, it is covered in short dense hairs. In the case of this species the hairs are golden over most of the wing cases and thorax. It makes them very difficult to photograph well. The camera doesn't know what to focus on because they are downy and the flash reflects too harshly.

Unfortunately, due mostly to the inadequacies of my longicorn
literature, it has misidentified itself... 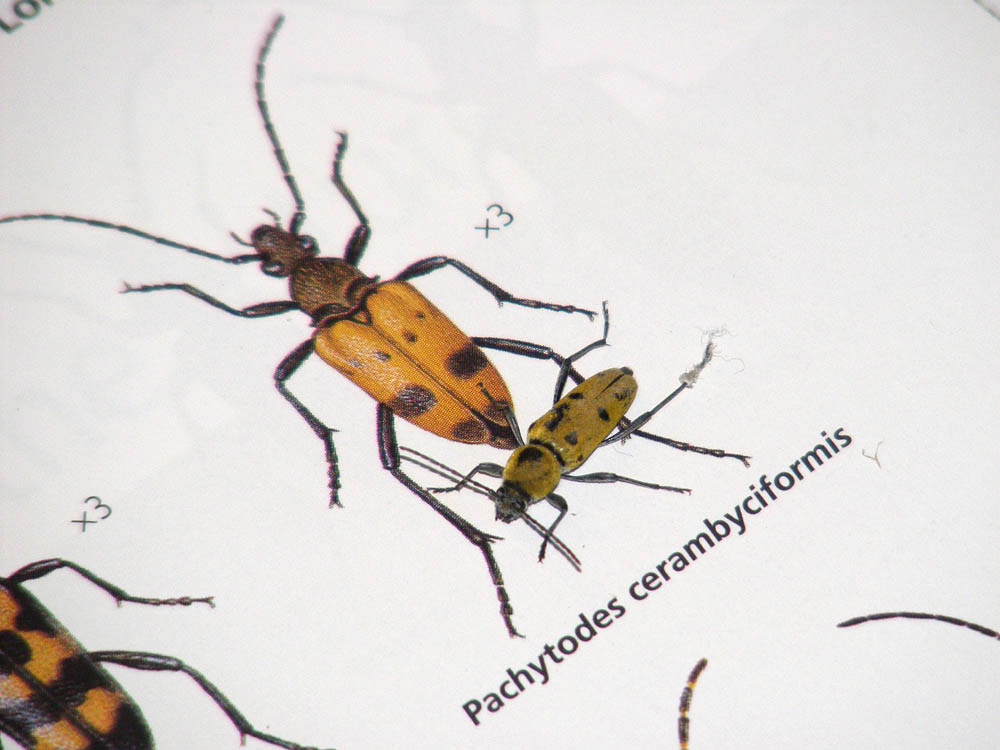 The IUCN Red List of Threatened Species* shows its population is considered to be stable and it is common in France and Italy, rated as LC (least concern) due to its wide distribution (from Belgium in the north to Spain and north Africa in the south and across to Greece in the east). Its lifecycle requires dead wood in living broadleaf trees (especially oaks but also chestnuts and willows) just like many other longicorns. 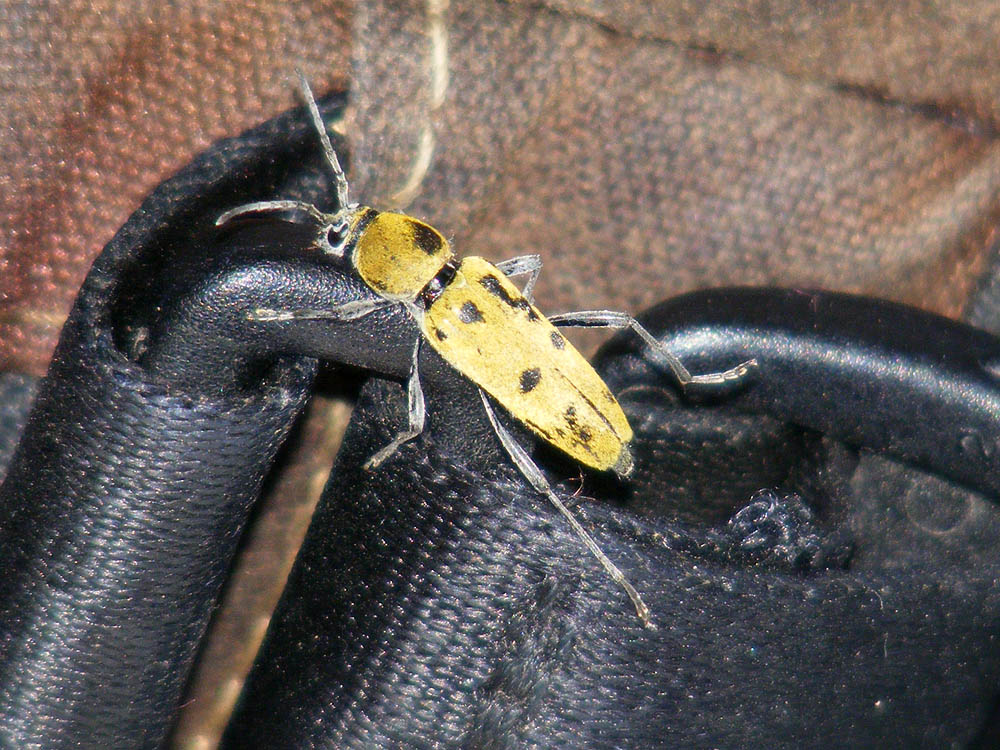 In French they are called le clyte poilu. The adults are active in July and August.

That's a handbag? I thought it was part of a heavy chain.

Carolyn: it's part of the strap on my handbag...

We too have critters in the
house searching for water,
including the dreaded scorpions
Ugh. Most things we just ignore
or pick up with a tissue, but
these get thwacked. I was stung
in Mexico once. Hurts like hell.
Have to take a flashlight to the
loo in the night.

Just as an aside, thanks for calling our attention to "little
augury." I receive each post and
have learned so much about many
artists, homes, etc.

Hello Susan,
first let me say I have been a long time reader of the blog, and enjoy it very much.
I recently read a book titled "The Botanist and the Vintner: How Wine Was Saved for the World",by Christy Campbell. I found it an interesting read and would highly recommend it. If I remember correctly the Aphid has a very unusual life cycle that caused the delay in identifying the problem. Also there is a "moral" to the story about introducing non native species to new environments. As this is a topic that you write about frequently, I thought I would mention the book. All the best from the USA.
Tom

Tom: Thanks for the book details. The phylloxera lifecycle is indeed complicated and the fact that it leaves the vine once it is dead meant they were not connected with the problem for a long time.