A couple of weeks ago I was sitting in the salon reading in the late afternoon when I heard the unmistakable sound of a horse clip-clopping down the street. It's not the first time we've had a horse come down the street, but it is unusual, so I rushed to the door to see who it was. It was particularly intriguing because not only was there the sound of the horse's hooves on the road surface, but whoever was accompanying the horse was playing a flute!

Horseshoes on display at the Poterne, Preuilly's museum.
The big one is for a draft horse, the little one underneath for a donkey. 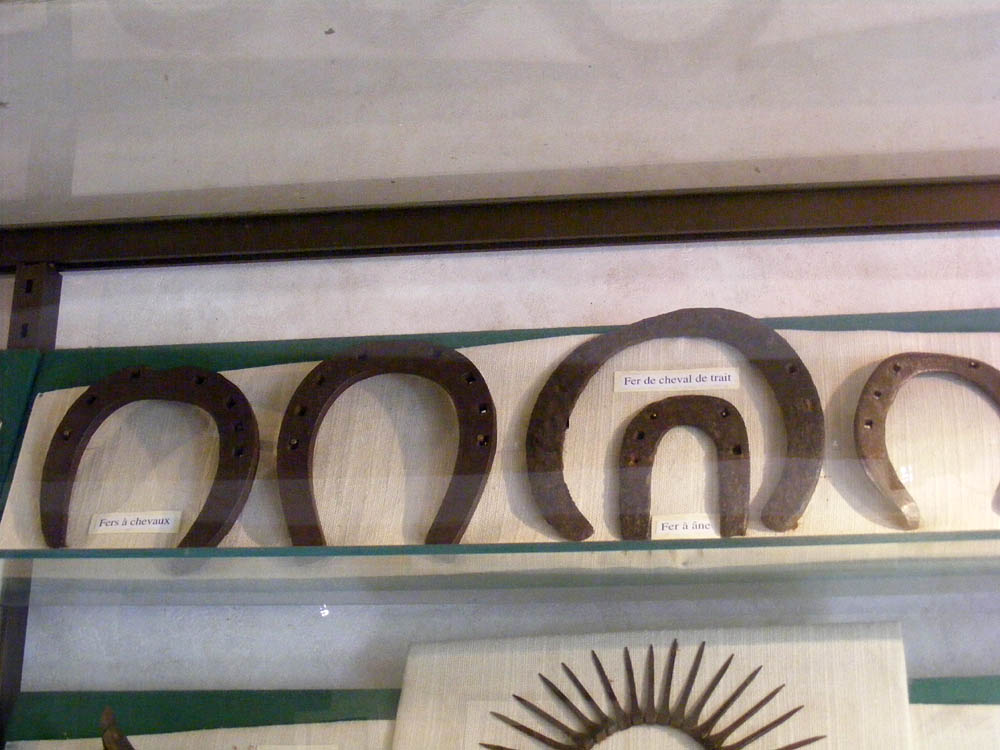 I got to the door just in time to see a simple covered wagon disappearing. The rig stopped outside our neighbour's house and the flute playing stopped while a man spoke to the horse, then they moved off, and he took up the flute again. Frankly it was all a bit spooky.

Simon was out in Célestine doing a picnic for Chateau Valcreuse. He tells me that he saw the outfit earlier, near Yzeures, and gave the guy a wave as he passed (slowly and carefully, as one should when there are horses involved).

Oxshoes in the same display. 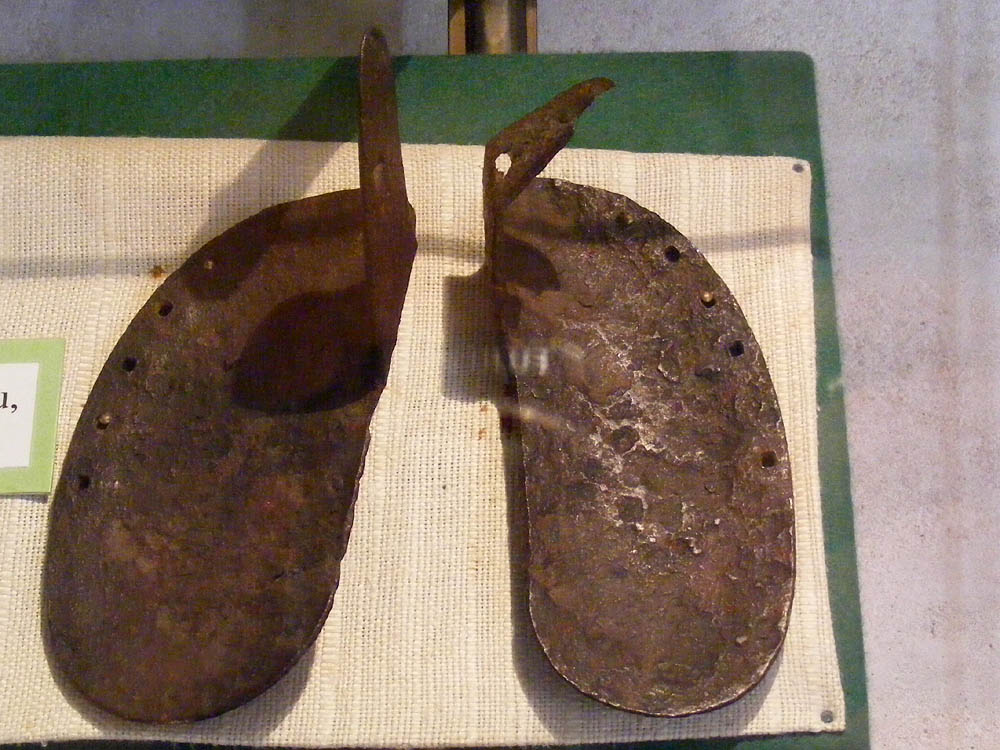 Since I was too slow and too intimidated to get photos, you will have to make do with museum artefacts from the Poterne.

He came past us too!

Obviously gets about abit!!!