One of the largest and easiest to identify spiders in the Loire Valley area is the Wasp Spider Argiope bruennichi (l'Argiope frelon in French). It is so named because of its striking black and yellow stripes.

You can encounter it anywhere there is rank grass for it to build a web and lay in wait for its main prey, grasshoppers. The ones you see are females. Males are tiny and brown and almost never observed.

Wasp Spiders typically sit centrally in their web, head down. 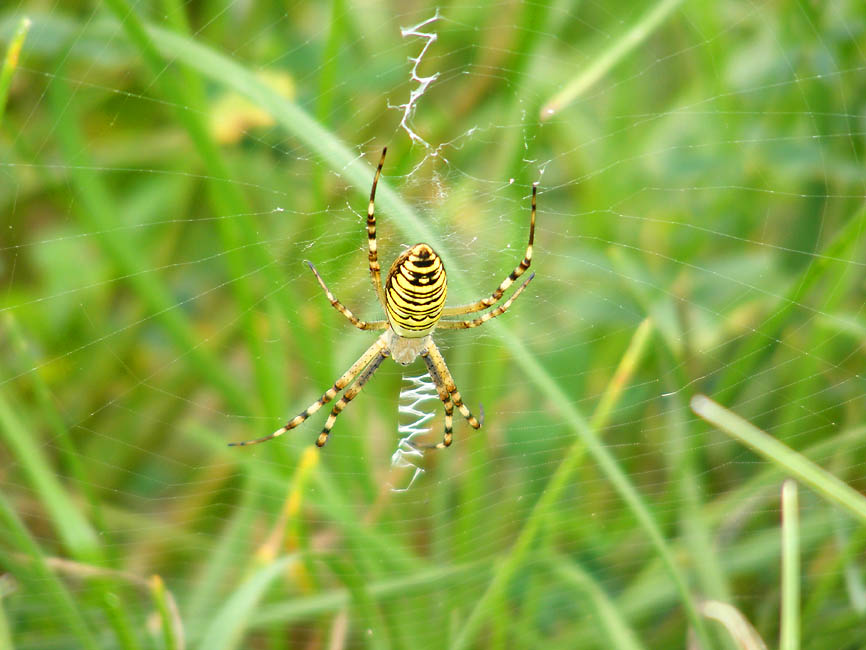 The Wasp Spider is an orb spider, building a large, strong, vertical web in the grass. A feature of orb webs is the thick zigzag of silk known as the stabilimentum. It seems to act as an 'eyecatcher', distracting potential prey who then don't notice the finer threads. These spiders require rough grassland that is not mowed if they are to thrive.

The one above was photographed last year in what was the hay meadow opposite our orchard. Yet another creature doomed by the farmer's actions in ploughing up the field and planting sunflowers.