The other day I flushed (literally I guess...) a female Jersey Tiger moth Euplagia quadripunctaria when I was watering what is left of my fernery after the cold winter. She looked a bit worse for the wear, but not because I had watered her. I'm speculating that she was actually very newly emerged from the coccoon, but had already been mated, even before she had a chance to pump fluid into her wings. Either that or her time in the coccoon has included some trauma that has caused a deformity.

Jersey Tiger resting on the slate dressing on our apéro terrace. 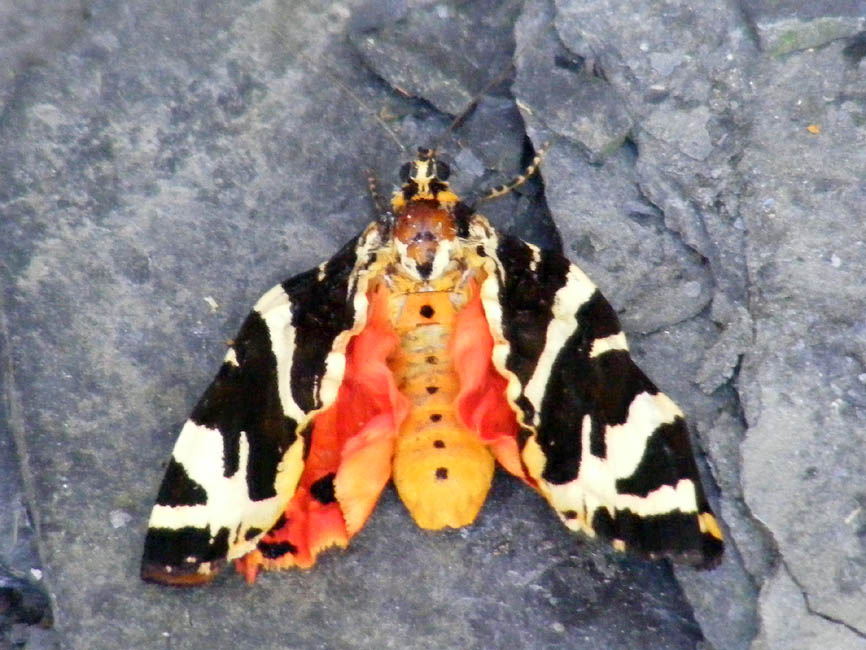 Tiger moths are big fat colourful moths that fly by day and by night. They would make a very hearty meal for a bat, except for the fact that they are poisonous. In order to advertise the fact that they are not suitable prey the moths have developed striking warning colours for the daytime. But these are no use during the night, when the bats are about.

Later on a flower pot. 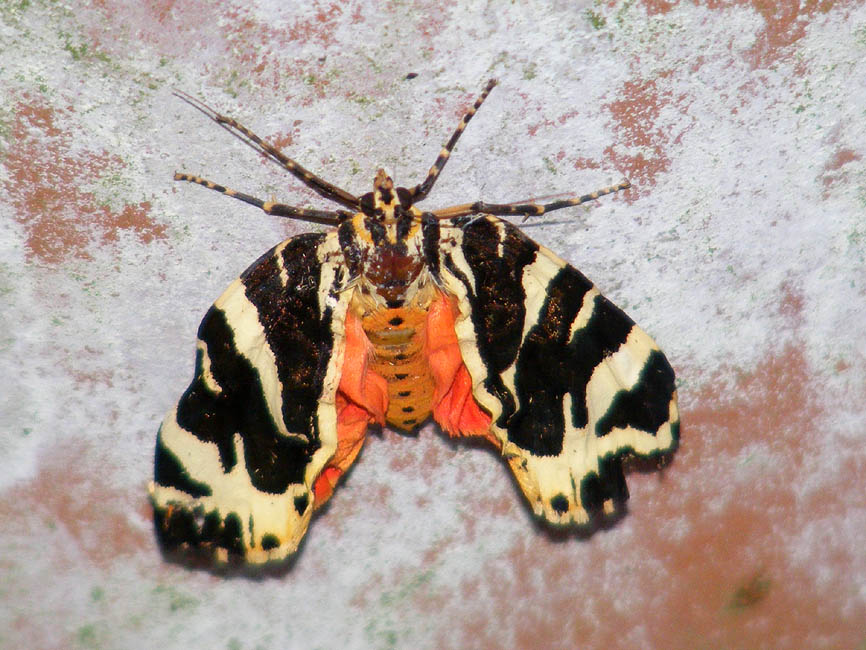 Many (maybe all) Tiger moth species have a much more unusual nightime defense system. They can hear the bats' sonar clicks and pings, and therefore take evasive action. Some species have even developed sonar of their own. They can emit high frequency sounds that either warn the bat they are bad news to eat, or, if the frequency is very close the bat's own frequency, the bat cannot negotiate the barrage of ultrasound and retreats, disoriented and confused.

Email ThisBlogThis!Share to TwitterShare to FacebookShare to Pinterest
Labels: butterflies and moths, Insects, nature and wildlife