Once upon a time Preuilly-sur-Claise had 5 parish churches:

Notre-Dame (or Sainte Marie) des Echelles - we wrote about it here. The building still exists, as you climb the hill to go out of town to Loches, but is now a privately owned holiday home. It was deconsecrated at the time of the Revolution.

Medieval carved capital from the former church of Saint-Nicolas. Saint Mélaine - we wrote about it here. Once an important pilgrimage destination, the building is now a semi-ruin, in the grounds of the privately owned chateau. It has recently been rather controversially re-roofed (permission was granted to use a non-traditional material) and there is talk of the chapel being reconsecrated.

Saint Nicolas - we wrote about it here. Famous for its wonderfully fanciful carved chimeras and beasts, it was used as a stable during the Revolution and deconsecrated. It became a cart makers, and is now a private home.

A carved capital salvaged from the romanesque porch
of l'Eglise de Saint-Nicolas and now in the
Poterne museum in Preuilly. 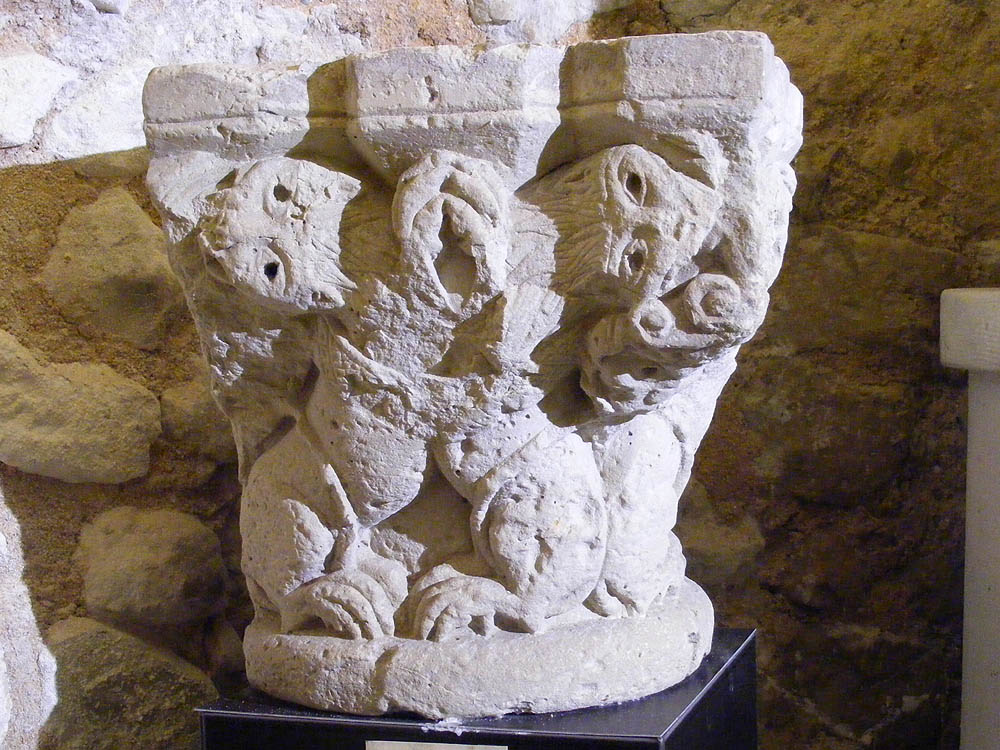 Saint Pierre - we wrote about it here. It is the only remaining consecrated church, usually referred to as l'abbaye (the abbey). Centrally located, its over scale Burgundian style spire is the most recognisable edifice in town.

Sainte Marie-Madeleine - this is the only church that seems to have entirely disappeared. It was in the bourg neuf (new town) just across the river at the end of the old bridge. Its name and position reveal its association with the prostitutes of the town.

Another capital from Saint-Nicolas in the museum. 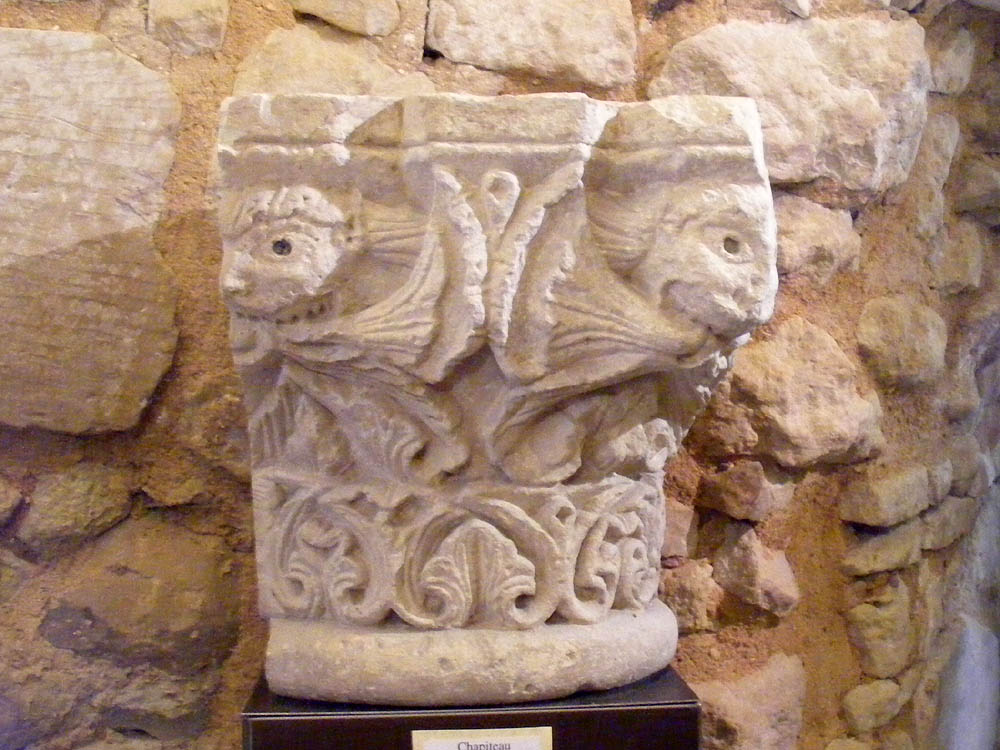 As well as the parish churches there was the Chapel of Ease (la Chapelle de Tous-les-saints) in the medieval cemetery (now the arboretum). This building still exists, but only just! It is clearly in a parlous state, and was lucky to survive a demolition attempt in the mid 20th century. It contains important wallpaintings, but the building is too dangerous to allow visitors.

Email ThisBlogThis!Share to TwitterShare to FacebookShare to Pinterest
Labels: Churches, Gardens and Parks, Pictures of Preuilly