Last year on Christmas Day we took a drive through the area around Preuilly, and later posted some of the photos, including this one of ice under the bridge at Humeau on the road to Chaumussay.

Looking at the photos almost a year later, we like the look of them so much we have decided to use one of them for our blog's extra special Christmas Holiday/New Year party dress. 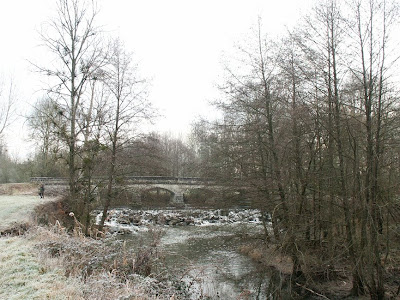 This year we are going to be staying in our own house in Preuilly rather than renting the gite in Roux as we have done the last two years. I expect we could end up with a lot of winter photos of the area, because the heating in the house is insufficient whereas the heater in the car works - if only on the"melt ankles" setting.

The hamlet of Humeau, looking across the bridge over the River Claise 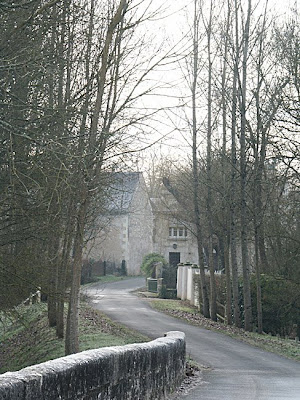 I am feeling all Christmasy. I love your header with the ivy. How lovely. We had a nice relaxing family early Christmas celebration and I made Wassail. The house smelled of cloves, cinnamon and allspice. Now we are watching holiday movies and ready to play some board games. But all that aside I am going to love seeing pictures of Preuilly during the holiday. Thank you for letting your readers join in celebration with you.