Some photos from this year's L'Art et Lard, the annual art and food festival held at Le Petit Pressigny on the second Sunday of October. The weather held, despite a forecast of rain on Sunday and many people who had not got to see everything on Saturday happily returned for a second round the next day.


Patience Scott-Brown, an absolute stalwart of the community,
finurkling cakes for the English Tea Shop. 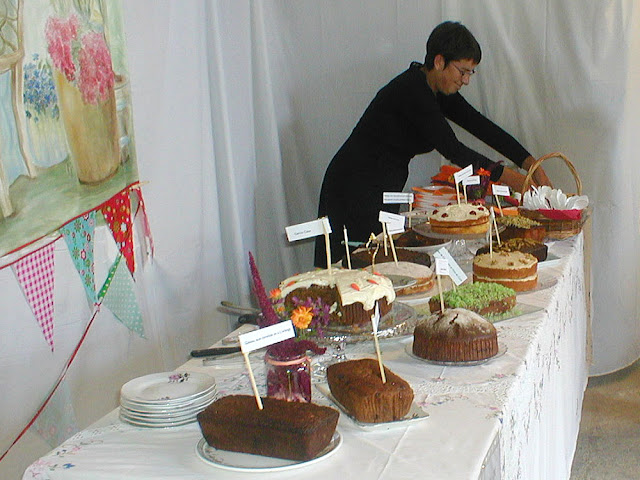 The work of painter and sculptor Christine Chastenet, displayed in an old troglodytic dwelling. 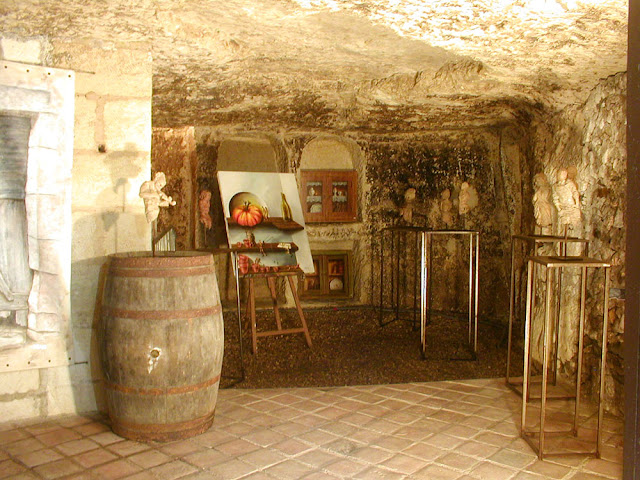 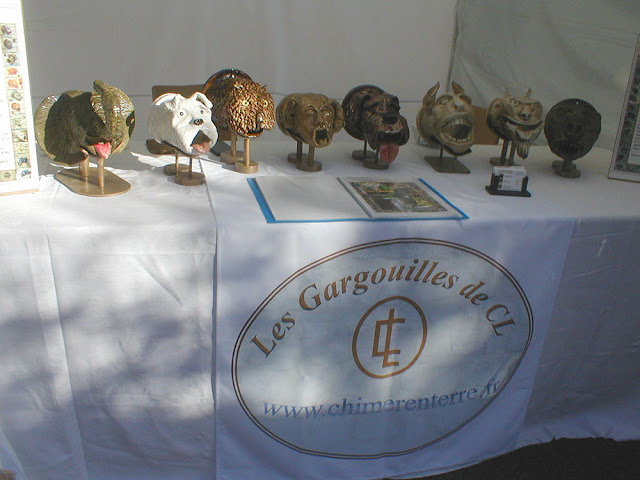 These are functional gargoyles in glazed stoneware, every one unique. They are frost and weather resistant and can be used either as water spouts for downpipes, drains and fountains, or purely decoratively. 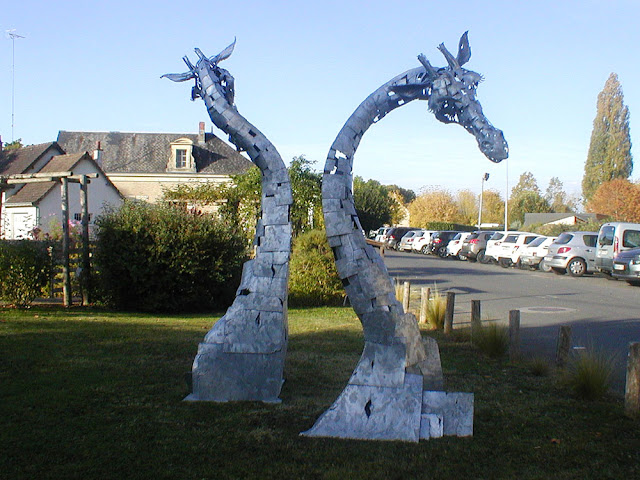 The last time I saw (and photographed) these giraffes they were on the Quai at Amboise. The sculptor was the guest of honour at this year's L'Art et Lard. 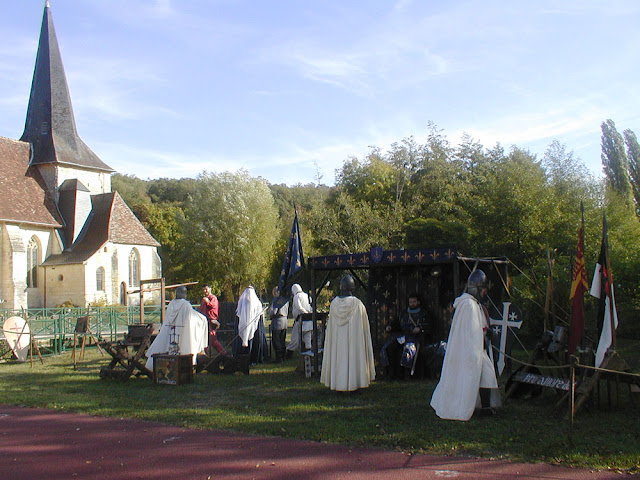 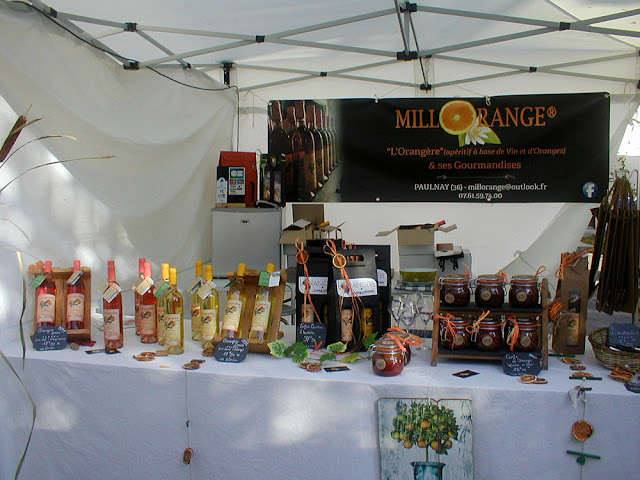 Apparently the orange wine is an old family recipe from the Chateau of Azay le Ferron. 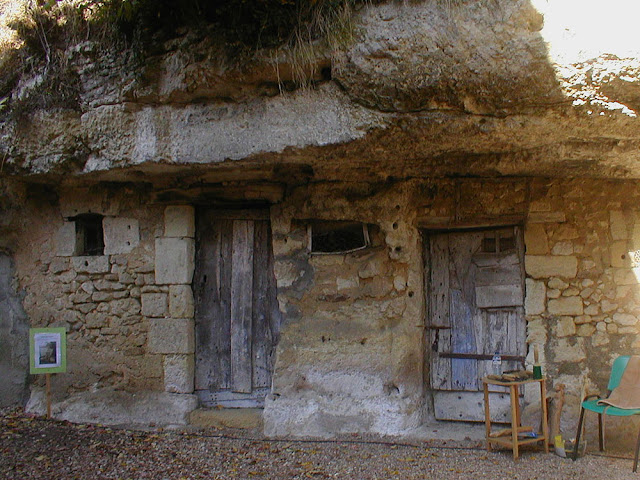 Ceramics by Mark Judson.
To read about previous L'Art et Lard festivals see our other posts:

Last weekend winter arrived, with Arctic temperatures and cold wind. We managed 19km of walking and 1350 metres of swimming. Not spectacular, but it's something
Posted by Susan at 09:00

Email ThisBlogThis!Share to TwitterShare to FacebookShare to Pinterest
Labels: Markets, Towns and Villages near Preuilly