This year the apple harvest has been moderate. Several trees produced not much at all, others gave good numbers of fruit. In general the apples have been on the small side, and almost all are pockmarked or misshapen. I suspect they will not keep well. Tony the Organic Orchardist is having trouble with his crop, which ripened early and isn't keeping well, so if the professionals are struggling, what chance do I have? On the plus side, flavour is good. 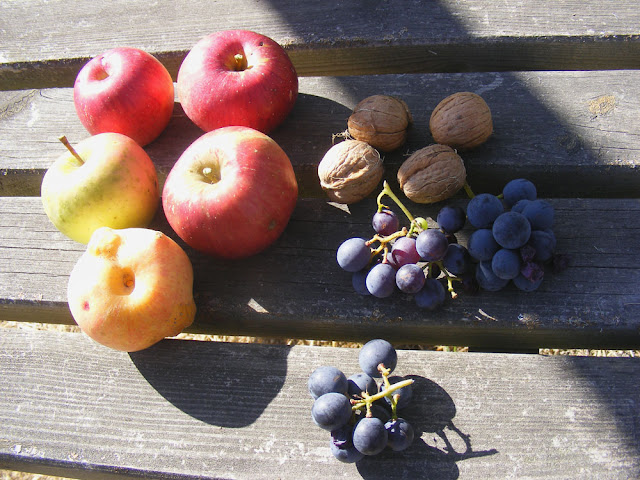 The grapes had a very poor year. No chasselas at all and few Black Hamburgs. There weren't many bunches and those bunches were small, with not many grapes per bunch. However, quality was high. The lack of grapes is due to cold wet conditions when they were flowering.

The walnuts have produced a good harvest, most of which is still on the trees, not yet ready to fall. The nuts are very small compared to normal (my trees usually produce enormous nuts) and I'm worried they might be fairly maggotty when I crack them.


One of the spots where the potato plunderer has been at work. 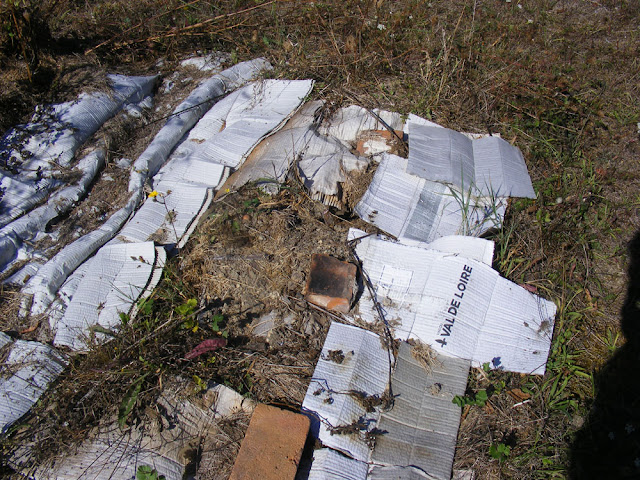 I abandoned my potatoes earlier in the year due to lack of water. I thought I'd just leave them in the ground and see what they did next year. However, some creature has gained access to the potager and dug several of them up. What wildlife eats tubers and digs fairly extensively? Sounds like badgers to me, but they'd have to climb the fence to get in. Maybe the overflowing compost heap by the gate has given them an opportunity but they'd still have to be much more agile than I ever imagined badgers to be.

It's become a bit of a lietmotif, but last week we were very busy again. We did go swimming on Monday (indoors in Chatellerault, 1100 metres) and Friday (outdoors in Tours, 1200 metres), and we walked on 4 days for a total of 33k. All that excercise has made me hungry, and I have put on 1kg in the past week, which wasn't part of the plan

On the up side, I am getting up hills without exploding, which is the kind of gain I was looking for.
Simon

Keep up the good work, you'll get the reward at the end.