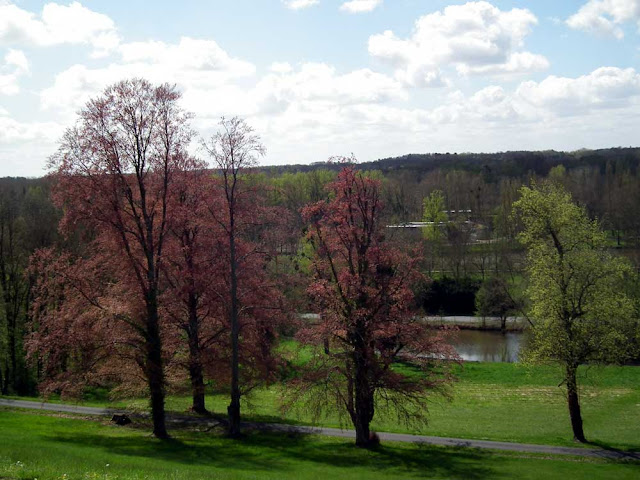 Seventy-five years ago on this day, at 11:03 am 1943 an immense explosion destroyed the national gunpowder factory at Ripault and the hamlet of Vontes near Monts, just outside of Tours. It seems to have been an accident, but the factory had by that time been requisitioned by the occupying Germans. A crater 40 metres wide and 12 metres deep appeared, revealing the force of the explosion. Flames raged in the warehouses and workshops, followed by eerie silence. A mushroom cloud of smoke and dust obscured the ruins. Dazed survivors staggered out of the rubble of stones, beams, wood and steel.


Overlooking part of the gunpowder factory from the grounds of the Chateau of Candé. 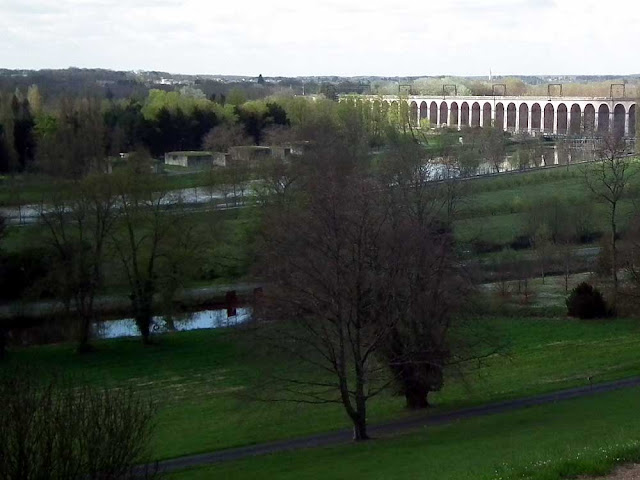 The initial official report stated 71 dead, including 17 men unloading wagons whose bodies were missing. Not included in the figures were the young men of the Chantiers de jeunesse, members of a volunteer civilian labour force formed after the surrender of France. The final total was 345 people injured, 147 of them critically and several died of their wounds. The total death toll rose to about a hundred. They are buried in the cemetery at Monts.


The ceiling of Fern Bedaux's bathroom came down in the explosion and was only reinstated in 2009. 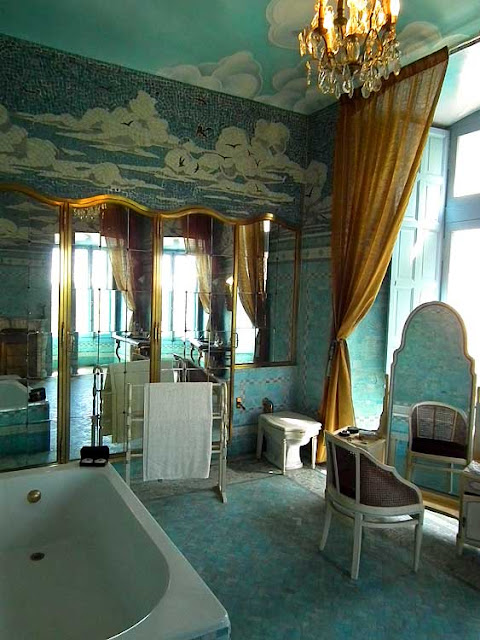 The explosion was so great it could be heard throughout Indre et Loire, as far away as Chatellerault in the south and beyond Chateau-Renault in the north. You would have been able to hear it in Preuilly. The Chateau of Candé, just across the road, suffered damage. Windows were shattered in Tours.

The Poudrerie Nationale, as it is known in French, was set up on the eve of the Revolution by Antoine Lavoisier on the site of a mill that made saltpetre for Louis XV's navy. By the mid-19th century it was known as the 'most beautiful gunpowder factory in Europe' (!!). During the First World War the facility employed 6000 workers and by the Second World War covered 120 hectares. After the explosion it was partially rebuilt and reopened in 1945. With a reduced need for explosives after the war the site diversified, making furniture, paint and antibiotics until its closure in 1959. Like a phoenix, it rose again in 1961, rehiring most of the former staff and occupying the whole site. This time the controlling body was the Atomic Energy Commission on behalf of the military, and they continue to operate the site to this day (just -- there was a move to close it a couple of years ago, but local protests resulted in a stay of execution).

Email ThisBlogThis!Share to TwitterShare to FacebookShare to Pinterest
Labels: Pictures of Chateaux, Tours

Rather surprising that it took so many years to repair the ceiling of my favorite bathroom.

Incidentally, did you see the article in The Guardian about the results of extensive research just completed which shows that Vitamin D supplements do not help to prevent osteoporosis? I believe it was published in a Lancet journal. Now tests are underway to investigate all the other claims which have been linked to the supplements. I recall your saying that you were taking them in the wintertime.

Yes, we've always been surprised that Fern Bedaux didn't repair it. She lived there until her death in the 70s.

Bummer about Vit D, but I guess not surprising. So few vitamin supplements do work. I'll look into it. Thanks.

I had no idea about this, it's fascinating so thank you.
I noticed the remains of the factory when we visited it but had no idea it was a factory.
That bathroom is amazing. Like Sheila, I regard it as my favourite bathroom. If I ever won the lottery (which would only come about if I ever bought a ticket) I would have a bathroom just like that. But with heating.

If you like this bathroom, I recommend you visit the bathrooms at Eltham Palace and Uppark, both contemporaries of this one.