A Long Weekend Away

On Friday morning before dawn Susan and I climbed into the car, and drove along the Routes Nationales to Calais, a trip which took about 8 hours (including stops). We had two nights booked at the Ibis Budget hotel at la Coquelles, and a plan... 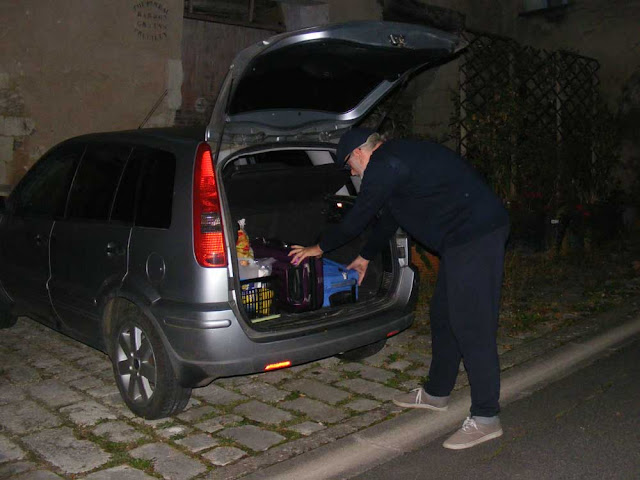 On Saturday we were on the 06.50 Eurotunnel Shuttle to Folkestone, from where we drove to Swanley in South-East London, and caught the train to London Victoria. My cousin Linda was waiting for us there, and we went to the pub for breakfast, to be joined later by my nephew Kippa (Christopher to his Grandmother).


Checking in to Eurotunnel 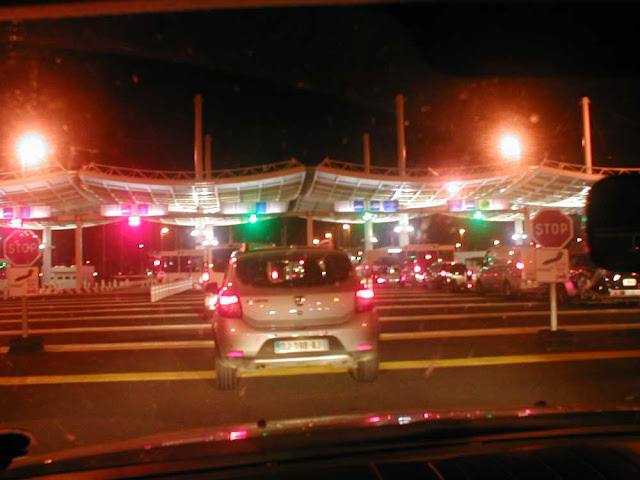 We then walked to Speakers Corner, and waited. And waited. There were many, many people of all ages, sizes and shapes, all with one aim -- to demonstrate in protest against Brexit. Eventually (1 hour and 45 minutes late) we set off down Piccadilly towards Parliament Square. We never made it -- there were so many people that Whitehall was full all the way back to Trafalgar Square. Figures range between 700,000 and 1.2 million.


Susan in the midst of the crowd. 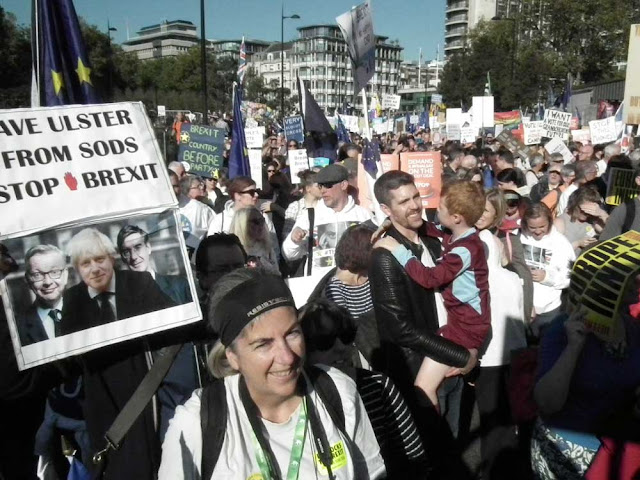 The two of us in St James's Street. 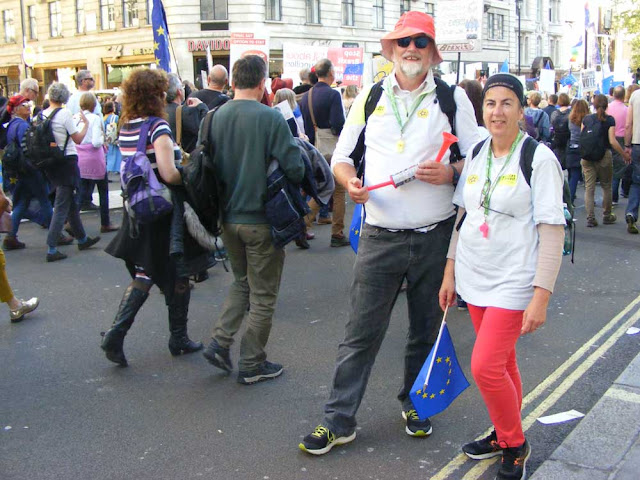 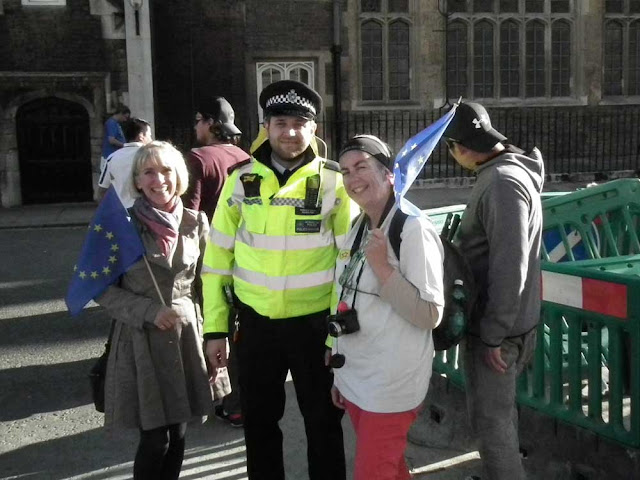 We then caught the train back to Swanley, and drove to Eurotunnel at Folkestone (via Tesco). The nice lady at the help desk put us on a shuttle 4 hours earleir than the the one we had booked, so we were back at the hotel in Calais by 11pm.


The Cabinet Office was re-decorated for free. 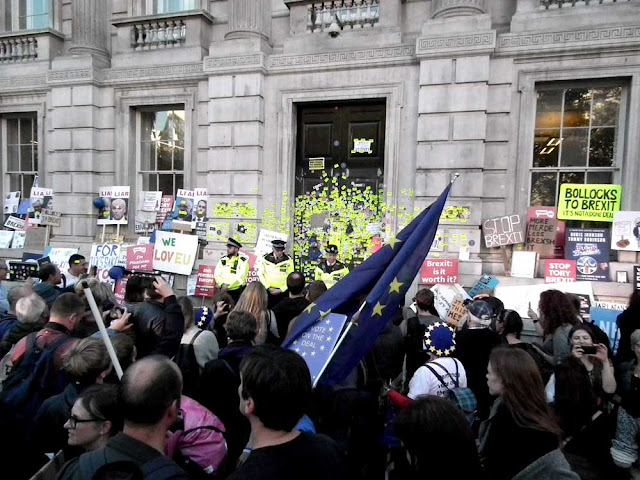 
I finally got a sticker!! 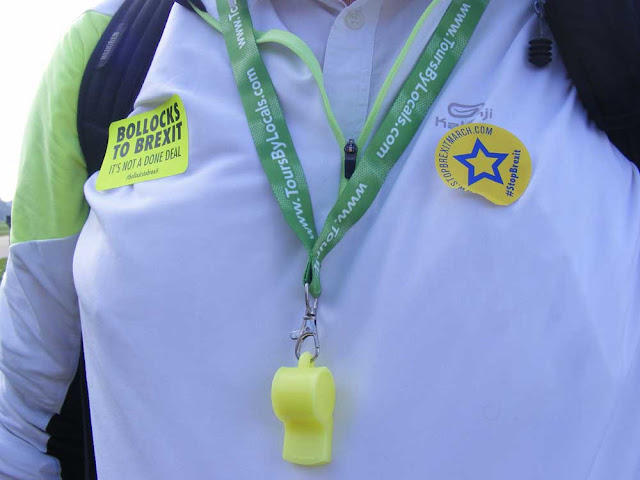 Hope this huge demonstration will move the UK back into Europe where it belongs!

We don't discuss Brexit here.... Amazingly enough, our (British) neighbors are very happy about it. I have learned to keep my opinions to myself. lol
Good for you for marching!

Every now and then I meet a Brit who lives in France who still thinks it is a good idea. What irks me as much as anything now is that they don't think it is going to change anything for them. When their life does in fact continue as normal and they go around smugly pointing that out, as one of the people who got out and fought for the retention of our rights, I am going to have to hit these people.

Frankly I'm tempted to say I don't want the current iteration of Britain in the EU, but that ignores all the wonderful British people and Europeans I know who live there.

Swelling the number to 700k! What a joke. If those imaginary figures are anything to go by divide it by at least 2 to take account of all the hangers on!

We had our time to vote 40 years ago. A new generation has voted. Give them 40 years to make a go of it before you Whingeing Aussies stick your oar in.

And that's why I don't care what happens to Britain. BTW, we have cartes vitale and in addition to the taxe d'hab and the taxe fonciere (and the CFE) we pay social charges based on our income, so no leeches involved.

I find it hard to comprehend when someone doesn't care what happens to Britain that they then drive more than 1400 kms there and back in 52 hours. Or was it just a jolly jape to support those poor Brits who have to live and work there? As one of those Brits I am more than pleased that your holier than thou attitude has found it's place abroad. Perhaps you don't think democracy is the way we should live, like all the other remain ranters. Were you doing your "bit" for the environment by polluting the atmosphere for no good reason? Perhaps meddling in other people's business is what you get a kick out of?