Bridge Across the Gartempe 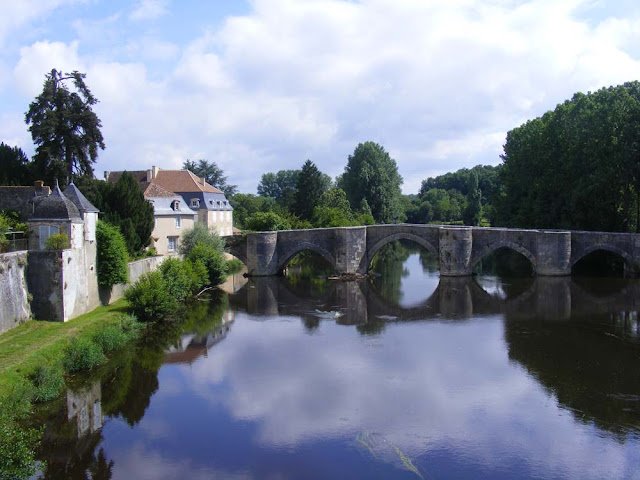 The (probably*) 13th century bridge across the Gartempe which allows you to cross between the communities of Saint Savin and Saint Germain. It is 100 metres long, slightly humpbacked, with a central width of 3 metres. Each of the piles forms a refuge alongside the narrow track. There are 6 arches, one of which is designed for boats to go under. In the Middle Ages this was a major route, between Poitiers and Bourges. You can still drive over it but nowadays the main route into town is across the 19th century bridge, from where I took this photo.

*It might be 11th or 12th century, but it resembles 13th century bridges in Limoges, so 13th is the generally accepted opinion.
Posted by Susan at 09:00

That's a beautiful scene and photo.

I took it on the day the Tour de France went through. Simon can't believe I got a shot with no people in it.