An Update From the Lab Bench

After the Royal Botanic Gardens Kew team researching the Red Helleborine Cephalanthera rubra went back to London they set to work trying to grow mycorrhizal fungi from the root samples that they took. Within a couple of weeks they reported that they had some fungi and it showed signs of being a typical mycorrhiza for the orchids. Mycorrhizae are essential for the healthy propagation and growth of plants and each plant species has a symbiotic relationship with one or more species of fungi that provides both with an exchange of nutrients.


The Kew team's first sight of the patch of Red Helleborine near Chaumussay.
(From bottom to top, Jon, Sarasan and Kaz.) 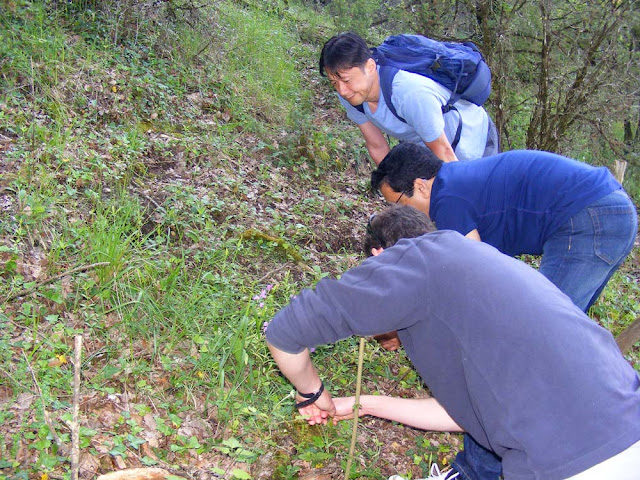 They asked me to go out and collect seeds (we had Prefectural permission to do so) and calculated the date when they should be ready. Unfortunately when I went to check the site there was not a seed capsule to be seen. They had all disappeared and there were just a few wispy orchid plants, very brown at the tips. The French orchids had matured much more quickly than expected on this very hot and dry site.


Green seed capsules on a Red Helleborine plant at Boussay. 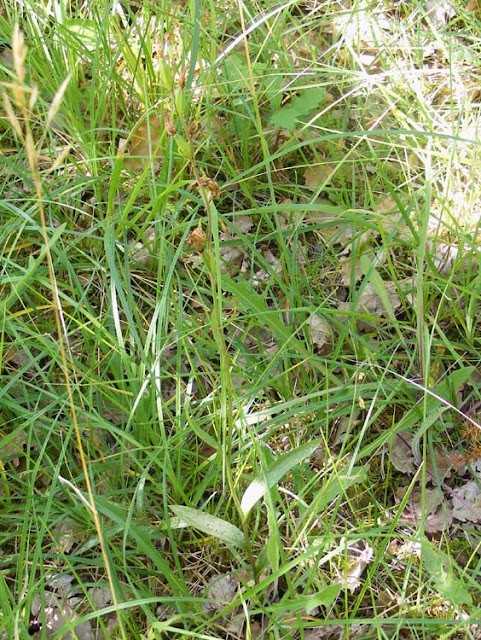 Hoping to salvage the project and thinking that some seeds were better than none I checked several other sites that we had permission to use. Luckily on two of them there were plants with green capsules still attached and in good condition. Jon asked me to collect what I could find and they would adapt their propogation methods to the condition and maturity of the seeds. He advised me to wrap each capsule individually and send them in the ordinary post. They took over two weeks to get delivered from Preuilly sur Claise to Kew Gardens in London. Boo to the postal system! Luckily, although the capsules had dried out the seeds were still in reasonable condition. 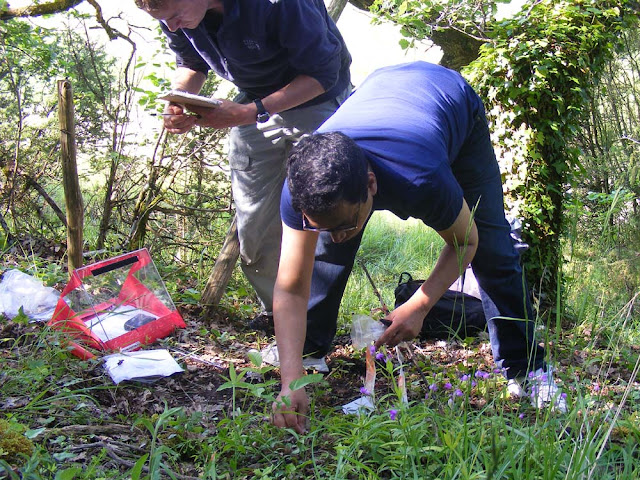 I wasn't certain of the species of some of the seed capsules that were more mature when I collected them. I was a bit worried that they would turn out to be Fly Orchid Ophrys insectifera, so Jon is going to sow some for verification.


The Palm House at Kew Gardens. 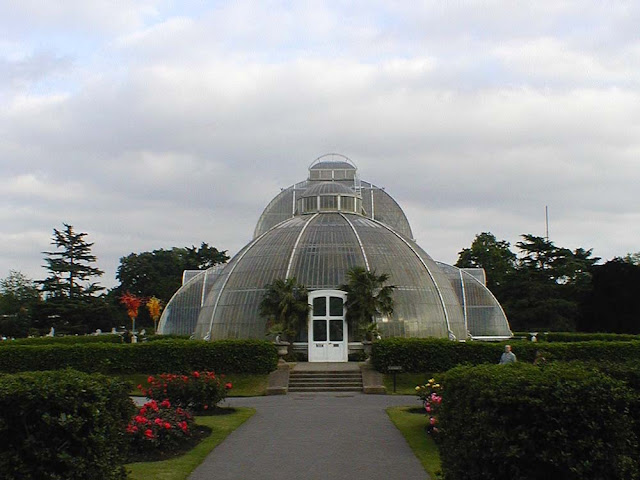 The good news is that by the time the seeds arrived at Kew it was clear that the team in the lab definately had fungi that appeared to be mycorrhizal growing from the root samples taken earlier. Jon used the fungi to germinate some old Narrow-leaved Helleborine C. longifolia seeds that they had in the fridge. He says he has never managed to germinate this seed before, so he is a very happy plant scientist. Perhaps one day the French fungi will be successful in germinating the precious British Red Helleborine seeds and saving the species there. 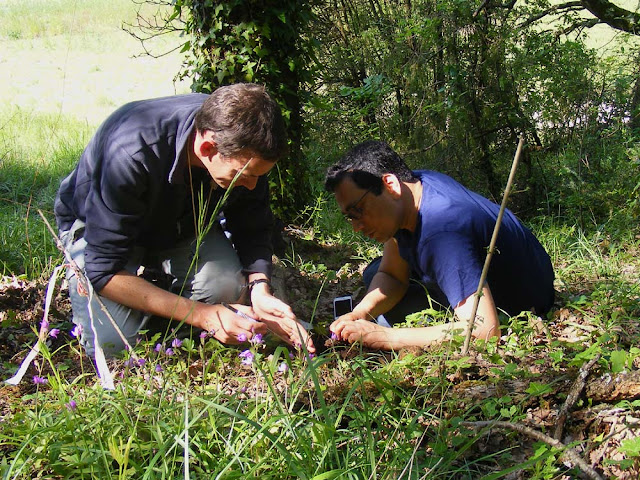 It's still early days though...

Let's hope the seeds will germinate, and the fungi will keep on growing.

These young men have what I consider to be dream jobs. And to be working at Kew is icing on the cake.
Hope the Brexit vote isn't causing retribution in the form of
slowing across-the-Channel mail.

I agree. To be a botanist and not working for agribusiness is definitely the dream. And Kaz and Sarasan have left their home countries to be able to work at Kew.

I don't think Brexit is the issue with the post. I think the post is just a fairly poor service these days.