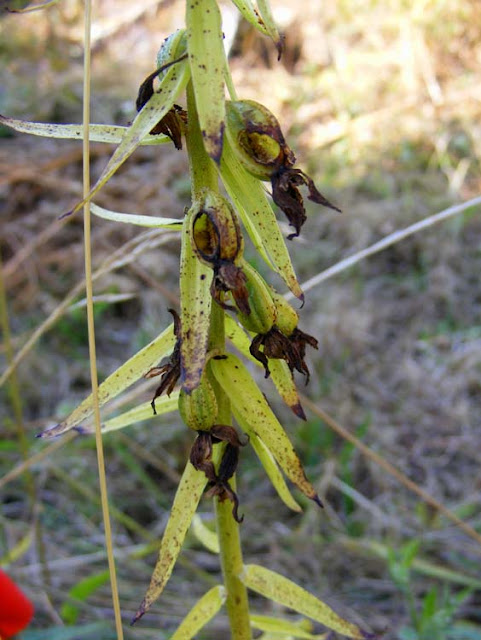 Look at that!! Holes chewed in each of the seed capsules of my Broad-leaved Helleborine Epipactis helleborine subsp helleborine! I have no idea what is responsible, but presumably they were after the seeds inside. I don't know, I spend all summer mowing carefully around this plant, which has rather inconveniently established itself right in front of the compost bins. I had been hoping it would scatter seeds and form a small colony, but I might as well have just mowed it off in June because it was a nuisance...

Harumph. I just hope the culprit is some star species that will pose for photos at some appropriate moment...

Only three viable looking pods... all OK for the moment.