Happy Birthday to Us

Today is the tenth anniversary of the first blog post we wrote.

In it Susan wrote about the fact that we had paid a deposit on our new house, and gave a quick run down on how we had got to that point. In later posts we went back and talked about the buying process in some detail, something we have been revisiting occasionally over the past 6 months. You can read all about the process (in quite some detail) here. 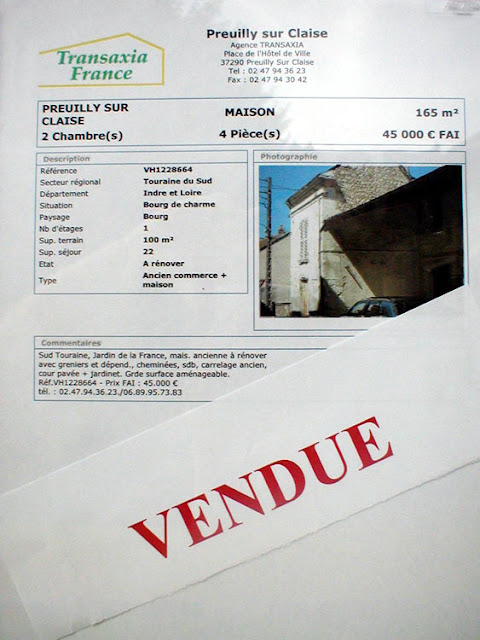 The original idea behind the blog was to keep our families in touch with what we were doing - living half way around the world from both sets of family created a situation where we could forget we hadn't told them something yet. Since then readership has spread somewhat, and the blog acts as an aide-memoire for us: not only as to when we did something, but often how we did it as well.

There were two photos posted that day, both of which look rather small by today's standards. When we first wrote the blog most people were viewing on screens of 1024x768 pixels (which were enormous, and needing virtually a whole desk to themselves) but many people, including both sets of parents, were viewing on screens 800x600. Internet connections were also not as fast as they are now, and we knew that no-one wanted to wait 20 minutes to see a picture of our overgrown back garden. I am interested to see that the first photo of the front of the house was a construct - two photos stitched together in Photoshop. (The only two photos we took of the house the day we first saw it. We were poor at taking important photos even then!) 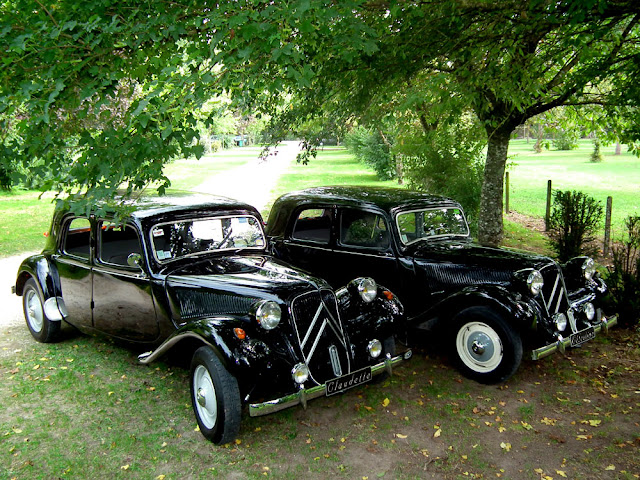 Thus, the original blog width was set at 800x600, photos were generally kept down to 640x480 pixels and 100kB or less of data. We wrote a blog post in 2012 about how the look of the blog had changed, although that particular "new look" (with rounded corners) had a very brief stay.

At first we posted whenever we had something we needed to say and had time to write about it, which meant we wrote on 2 January 2007 about the fact we had bought this house - an event which happened on 21 November 2006. On 8 February 2008 we started posting daily at 9.00am, which is a bit of pressure, especially on Susan since I stopped writing regularly in 2012.


A picture of a snake - because you apparently all love snakes. 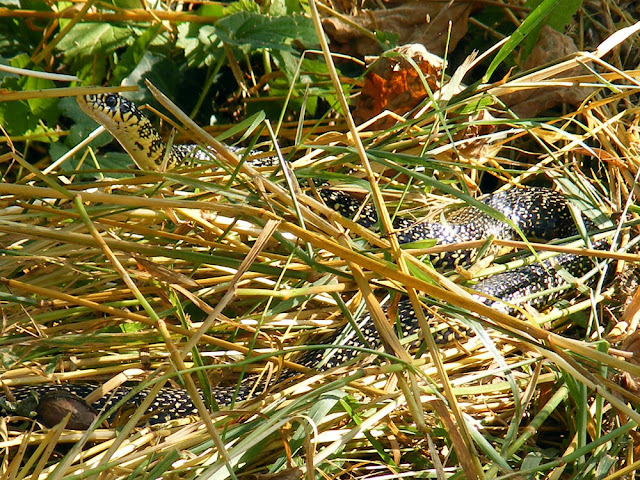 Email ThisBlogThis!Share to TwitterShare to FacebookShare to Pinterest
Labels: Our house in Preuilly, Random Thoughts

Happy anniversary ! Congratulations for all those interresting posts, and many thanks to Susan for the incredible and thorough research that she does.

Well said, chm!
Happy birthday and many happy returns. Your blog was just about the first point of contact when I googled 'Le Petit-Pressigny',and has been a mine of interesting information ever since. Keep up the good work.

Congratulations from us too!
Like Gaynor, we stumbled upon your blog soon after we bought our house in Le Grand-Pressigny and that led to my blog, more blogs, many friendships and a very happy life in France.
We are therefore very much in your debt for having accidentally improved our quality of life no end!
Watching your progress through the blog has been fascinating, as has reading all the fascinating, intriguing and often incredibly useful information contained therein!
Upping sticks, moving to France, buying and renovating an old house in an unfamiliar language and blogging about it is no mean feat and takes a lot of imagination, courage and confidence, so congratulations for all of that, too.

Congratulations from us too. Like the Gaynor and Jean we started to read your blog and meet you in the square before we actually bought our house here... Keep up the good work...

Congratulations, ten years blogging is a real achievement. I know what you mean about starting it for friends as a way to keep in touch, that is just what I did with mine and it sort of grew, quite unintentionally! Here's to ten more! Have a lovely Sunday

Well done.. indeed you have been a source of knowledge and inspiration to many. I believe we met before your blog started and as a result of my former blog, still on the net I believe! I can remember coming over to Preuilly not long after you took possession! Then at one of your events to raise funds for your family region in Australia I met a few other people who also have a Love Affair With France! Thank you for all you have done for posting interesting subject matter. Good Luck in the Future as Technology changes!

Many thanks chm. Your longtime support is much valued.

I'm very glad you found us. You and Tim are definitely a positive addition to our lives :-)

Many thanks Jean. There is no doubt, that second language thing is the big challenge here...

I'm rather proud of the way we seem to have encouraged others in the southern Touraine to blog, and the way the blog has created a local network.

Yes, I remember meeting you before you bought your house. You looked at a house in Preuilly but ultimately opted for Braye.

The really funny thing is that the friends and family who it was started for are some of the least regular readers...

We met in December 2008, so we had owned the house for over two years, but didn't live in it and hadn't been able to do much with it because of finances and the weather, so it probably just looked like we had just taken possession. Your blog was started in July 2007, so 11 months after ours. I can't remember whether you found our blog or we found yours sometime in 2008. Blimey it all seems so long ago...good thing we've got blogs to refer back to :-)

My first comment on your blog dates back to December 13, 2007. Almost nine years ago! It was about the faux medieval tower on the "Château" at Saint-Savin. Time sure flies.