An ANZAC in Les Invalides

There is no 'Mondays in Milan / Les lundis en Lombardie' post today because today is Anzac Day in Australia. This is a memorial day when our war dead are remembered.


This Australian infantryman private's uniform from World War I is
displayed in the Musée de l'Armée in les Invalides in Paris. 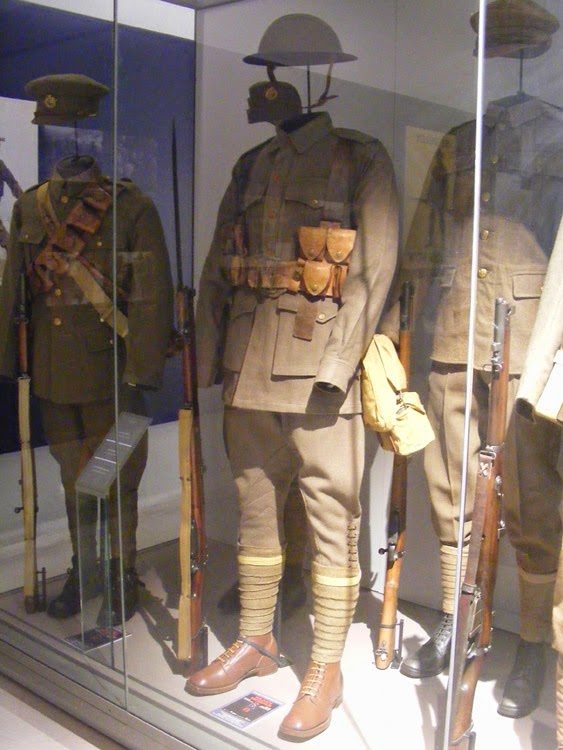 On Thursday I was talking to a truck driver at a winery. When he found out I was Australian he told me he had been to Australia in his youth and worked as a fisherman. He was also keen that I understood that in his eyes anyone from a country whose troops fought for France was a friend of his.

You can read our other Anzac Day posts here, where you can learn how to make delicious Anzac biscuits or read the sad stories of my Great Uncle Eric, made prisoner by the Japanese, or Simon's Great Uncle William, who died at Gallipoli. We should also not forget that this is the remembrance day for the many French citizens deported to the forced labour and death camps in Germany during the Second World War.