Disgruntlement All Round on the Tours - Loches Line

For years there have been lots of complaints about how inexplicably inadequate the train service between Tours and Loches is. Henry James made some rather exasperated comments about it a hundred and forty three years ago. There are especially complaints about the 6.20 am train, which is the one many commuters use. The journey of 47 km from Loches to Tours takes 61 minutes at an average speed of 46 kilometres per hour. The commuters from Loches complain that the train is often late. They describe contacting their local, departmental, regional and national authorities to complain as being about as effective as throwing a message in a bottle into the sea. No one ever responds. 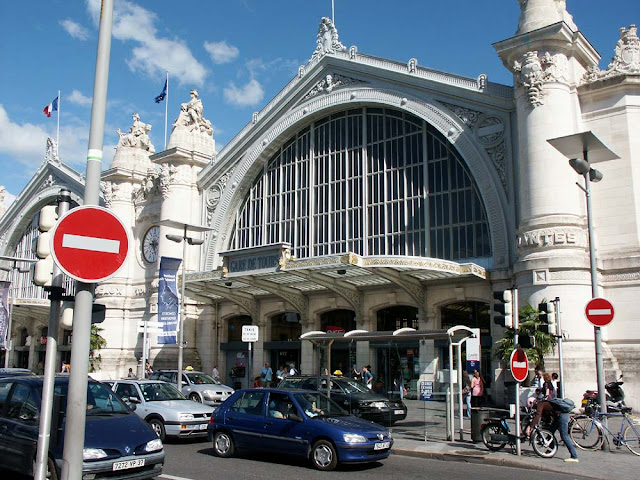 The commuters get alerts by text message to their mobile phones when the train is going to be late. The reasons given range from 'equipment unavailable' to 'late leaving the depot'. It might be 5 minutes, it might be half an hour. Often the train is delayed because of a freight train sitting in Reignac sur Indre station. When that happens commuters sometimes resort to calling taxis, but often by the time they arrive the train has moved off again. They could choose to wait for the next scheduled service, which in fact is a rail replacement bus. But it is always full. The commuters joke that in Loches it isn't the early bird who catches the worm. (The French expression is l'avenir n'appartient pas à ceux qui se lèvent tôt, which translates as 'the future belongs to those who rise early'.)  Luckily most people's employers understand.


The interior of Tours station. 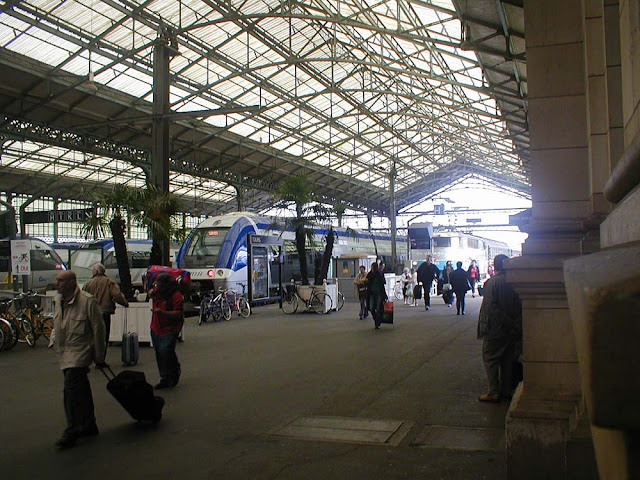 The commuters have considered car sharing as an alternative but decided against it. The train fare is part subsidised by their employers so that it costs each commuter €40 a month (or a euro per trajectory). To travel any other way would be more expensive. 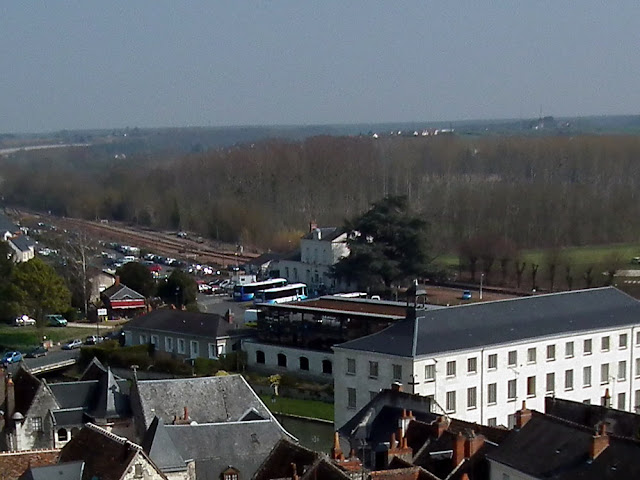 The commuters want to have a meeting in Loches one evening, with the regional authority. Despite the announcement to modernise the line, regular passengers doubt there is any political will to invest in it long term. The modernisation is enshrined in the Regional Plan for 2015 - 2020 and is set to cost 40 million euros. That's 19 million from the national government, 19 million from the Region and 2 million from SNCF (the French National Railway Company). Every month there are 59 000 passenger journeys on this line, which is a single track, non-electrified route built in 1878.

And it's not just the passengers who are disgruntled. The railway union CGT wrote to the Regional Vice President for Transport in March this year. "For several years, the Tours / Loches line has suffered from numerous shortcomings causing the growing dissatisfaction of the users but also frustration within the railway, who are not given the means to ensure a quality public service." They say the upgrades scheduled for 2018 do not compensate in any way for the current problems. They also want a meeting, with the local railway bosses and Tours-Loches line Development Committee. The last meeting between these groups was in 2013.

To read our other posts about Loches (which are mostly glowing paeans of praise about this lovely historic town) click here.

After the recent newspaper articles about the inadequacies of this railway line the Nouvelle République ran an article claiming that a local retired mechanic has come forward and on Friday demonstrated his 'mini-bus-on-rails' solution. According to the article he has been working on it in his shed for a while, intending it for the long closed Loches-Chateauroux line, but it occurred to him that his idea could also work for Loches-Tours. The date of publication is significant.
Posted by Susan at 09:00

Email ThisBlogThis!Share to TwitterShare to FacebookShare to Pinterest
Labels: Loches and area, Tours

I didn't realize that there was any train service from Tours to Loches and back. What are there, two trains a day, one in each direction. It's mostly a bus line now, isn't it? Are there enough passengers to make it worthwhile to upgrade the infrastructure?

Fish or not, it has been done in Scotland...
in an attempt to keep rural lines open.
Single car units were made using Leyland coaches...
Leyland were building commuter train units at the time...
the coaches had a pair of "locators" that came down outside the wheels and effectively pinned the coach to the track...
at the same time a skid came down on the inside...
the coach was guided onto and off the track by a concrete "funnel"... it ran for about five years until the costs became unbearable.
The wear on the tyres became the greatest cost.... they were specially made using a harder than normal compound... whilst this extended the life of the tyre, it made use on the road very uncomfortable for the passengers...
also the increased width of the coaches to make them suitable for the width of the railway line... made them less than friendly for other road users on the narrow Scottish Highland roads, many of which still are single-track with passing places!!
Totally unsuccessful.... the only bit of the infrastructure that I recall seeing is the "funnel" at Wick Station...
the line from Wick to Lybster...whilst it was still visible because for most of the run it was raised on an embankment...has been lifted... and the sleepers and rails sold off.
History!!

The locator technology, however, is still going...
as are the "funnels".... the latter have extended into guided bus lanes... and the original idea of locator wheels pin the bus inside the kerbs of the "track"....
Leeds had quite a few!!

There would be, if the train was more regular. The bus replacement is usually over full.

The problem is that the road isn't all that good, (3 or 4 fatalities last year) and traffic will only get worse. And of course, once the railway is gone, it's probably gone for good.

I guess we are lucky to have such good train service in the Cher Valley. St-Pierre-des-Corps is about 45 minutes by train from Saint-Aignan, and there are a number of trains during the day. We can take the train from Saint-Aignan direct to Lyon, but it's a long journey because the trains stops at about every station along the way. Vierzon and Bourges are close by train too.