With 34 stalls per 1000 inhabitants, Loches market, in the heart of the town, is the second most important market in the Département d'Indre et Loire. For comparison, there are only 7 stalls per 1000 population in Tours. According to a recently published study reported in the paper recently, the market is growing year on year, unlike most of the markets in the Touraine. 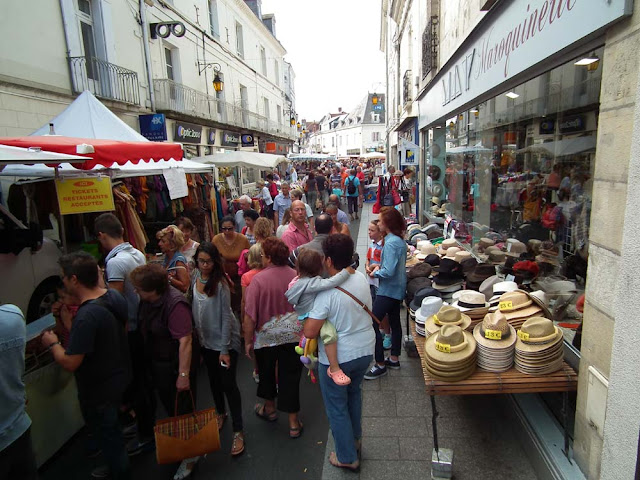 Between the stalls, people meet one another. They discuss current events, the weather and pass on their news. Obviously, they do their shopping as well. Every Wednesday and Saturday the market in Loches attracts customers from the north of Indre to Cormery. Its success continues to grow, as evidenced by the annual survey of markets of Indre et Loire, which is published by the Observatory of the Economy and Territory of Touraine. 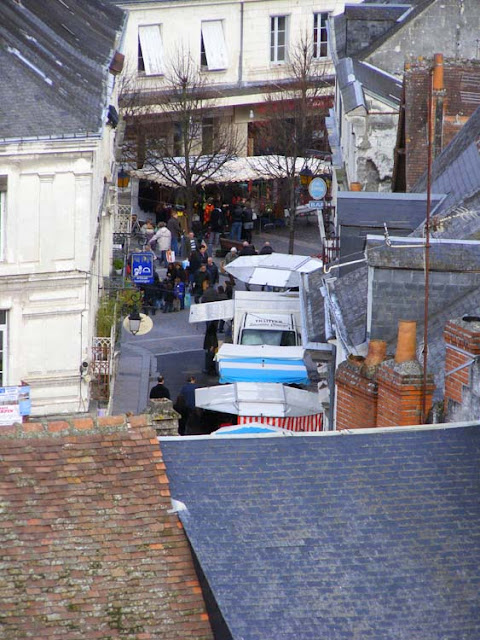 The report shows that the two weekly markets in Loches have the strongest growth in terms of numbers of vendors. Between 2005 and 2015 the total number of stalls per week has increased from 135 to 220. This positive growth means that the sud Lochois is the only area in the département where market sales figures are inceasing. Everywhere else in the département markets are shrinking at about the same rate and the report notes this with disquiet. But Loches is one of the few towns that is bucking the trend (Chinon is another example). In comparison, over the same 10 years, the markets in Tours have lost 400 vendors. Over that period the report estimates that vendors at Loches have increased by 63%.  The market manager, who was appointed in 2001, says he would say the increase is 'only' 50%. 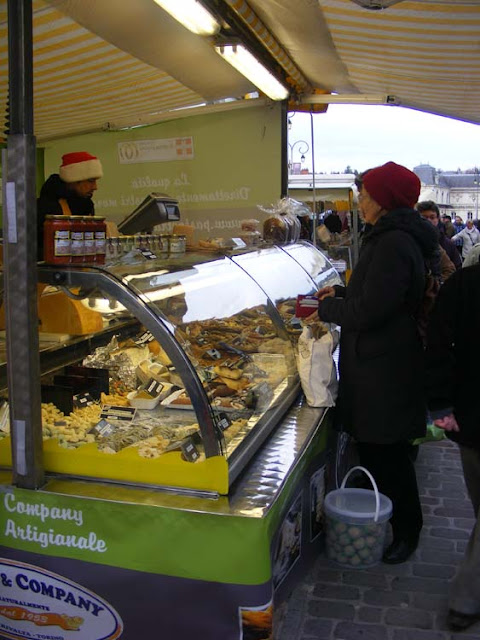 At the moment Loches is the seventh largest market in Indre et Loire in terms of vendors. It is second, just behind Bourgueil, in terms of number of stalls per population. That's a sign of what an attractive proposition the market is for stallholders. 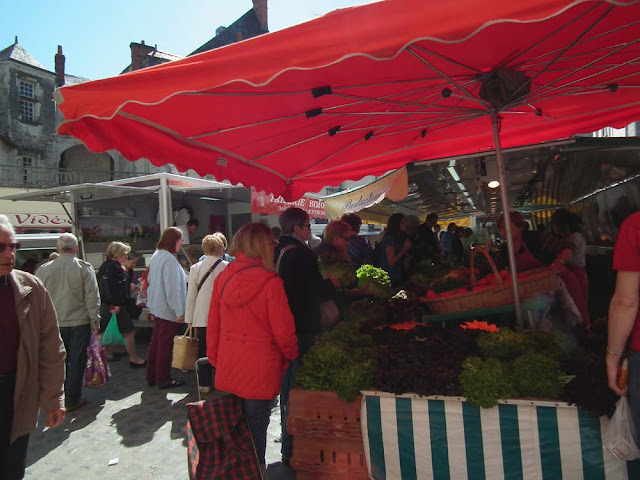 The south Touraine has seen growth overall of its markets of 11.5%, whereas the conurbation of Tours has seen a drop of 22.2% in the number of vendors. In Pays Indre et Cher (Monts, Esvres, Veigné, etc) the loss is 28.7%. The biggest market is that of Amboise, far in front of the main market in Tours.

My impression is that the market manager in Loches is very good at his job and popular, and that most people are putting the success of Loches market largely down to him. Perhaps Tours suffers by being a busy urban area with lots of traffic and market shopping is done on foot so shoppers are put off. I also think that in Tours people are at work and don't make the time for market shopping. Everything in Loches is that bit more leisurely.

Oh wow...that is a bustling and busy spot :)

How smart you were to settle near a lively market. It's good to know that Loches's market is expanding. The weekly markets we're familiar with seem to be shrinking from one visit to another. Of course since that's only once a year it's not really a reliable indicator. I'm going to google and see if the Orne does an equivalent market survey that will tell me if L'Aigle market vendor numbers are up or down from previous years.

It's true that the Sarlat market is amazing. The problem is the big traffic jams all around the town on market days, not to mention parking. When we went to the Dordogne a few years ago, we rented a gîte about 15 minutes south of Sarlat. The man who owned it told us it could take an hour or more to drive into Sarlat on market days in summertime.

Markets come and go, and shrink and expand over time. They are definitely under pressure, given that there are more and larger supermarkets pretty much everywhere nowadays. When the weather is bad, the supermarket is a better bet.

I've never been but I think my sister went to it and loved it.

Your impression that markets generally are shrinking is correct I would say. Certainly Preuilly's has shrunk since we've lived here.

Getting to Loches or Amboise is never really a problem like you are describing for Sarlat. Parking in Amboise on market day is something people are really starting to complain about now (you have to park miles away and walk, and it's hard to find a park). There is always parking in Loches, but sometimes it can be a bit of a hike if you end up down the end of the station carpark. We have a parking tactic which usually works and gives us a parking spot less than 100m from the market.