A Greenway to Replace the Railway?

A feasibility study to establish a greenway has been commissioned in the south Touraine. The Communauté des Communes (a group of local authorities) have obtained a provision for a 10 year renewable lease of a section of the old railway line between Port de Piles and Le Blanc, unused since 2005. They envisage creating a greenway and a company to design the project has been engaged.


The line at Le Grand Pressigny. 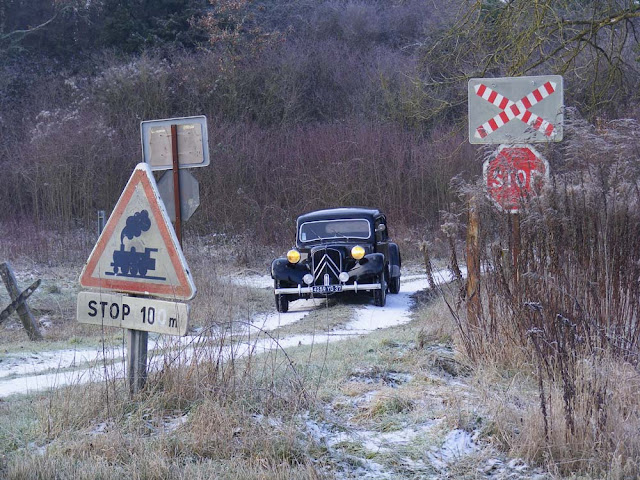 To begin the diagnostic phase local councillors met those doing the study at Chaumussay station. Councillors from Tournon-Saint-Pierre, Bossay, Preuilly, Boussay, Chaumussay, Grand-Pressigny, Abilly, and Descartes attended and saw the initial ideas for the project.


The line between Humeau and Chaumussay, running alongside the Claise River. 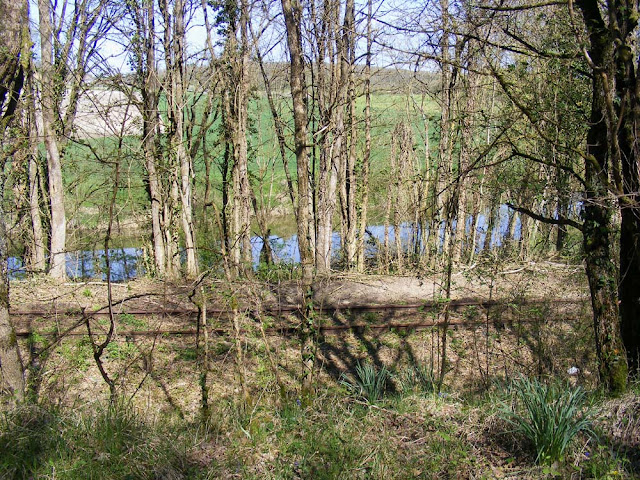 Positive elements, such as the proximity of picnic areas in Chaumussay and Bossay, were looked at, as well as problems to be solved, such as how to cross major roads. The greenway is going to ban the use of motorised vehicles of any sort. It remains for certain choices to be made once the diagnostic is done -- pedestrians or cyclists, and if applicable, what type of bicycles. Once the diagnostic study has been signed off a feasibility  study will examine the technical issues in the light of legislation, environmental constraints and landownership. A financial evaluation of the project will be done, which will look at both costs but equally, the positive economic benefits that could result.


The line at Humeau. They'll have to be quick if they want to preserve the railway signage in situ.
The rusting metal kilometre sign in this photo has already disappeared. 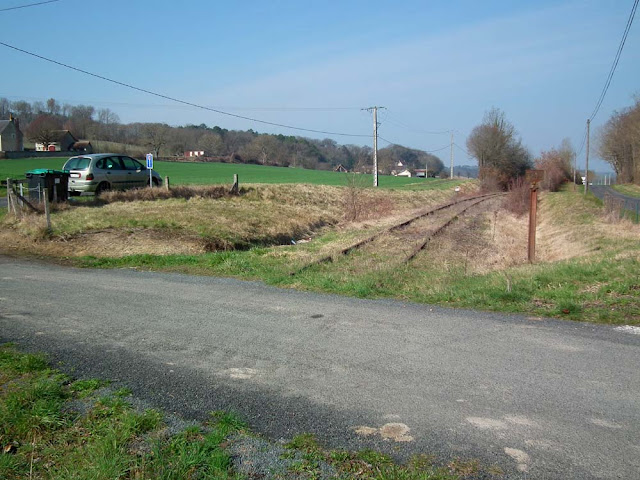 During the visit several ideas were aired by the Councillors, such as the preservation of most of the existing infrastructure (bridges and tunnels) and railway signs. Setting up information panels with photos and history of the line were advocated. If this study deems the project feasible a tourism development phase will implement a series of measures to promote and operate the project. This could include creating a label for nearby accommodation, shops next to the greenway, signage and events relating to the various districts that the track passes through. The feasibility study group cited examples of similar projects that have succeeded and have expanded to double the length of their walking and cycling tracks in a linked network. 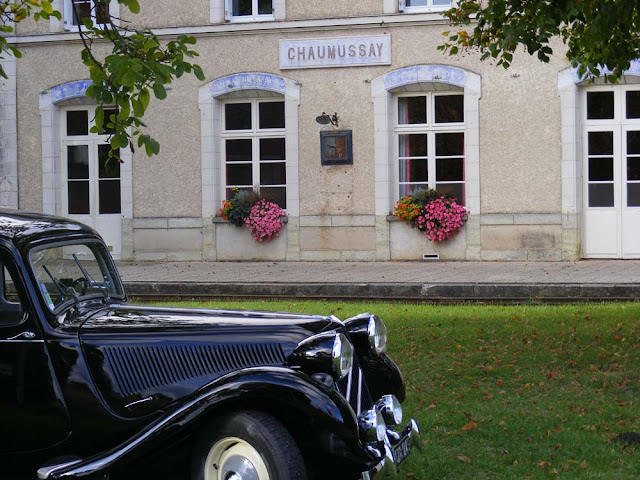 I think it's a terrific idea. I've walked the line between Chaumussay and Preuilly and it is peaceful, attractive and once it's a walking track not a railway with sleepers, rails and bridges in dodgy condition, will be suitable for all levels of fitness. There are obviously possibilities for linking to the section through Le Blanc, with its impressive viaduct. I predict dog walkers and bird watchers will love it.

Back in 2012 Simon wrote about plans at that stage for the line in 'The End of the Line?'. The Nouvelle République reports on the current plans here.
Posted by Susan at 09:00

What a great idea... for main roads, they just need to do what West Yorkshire did...install pedestrian controlled lights... works a treat.

You don't see Maigret out in the countryside, but it does have a 1950s look.

We came across a track at la Roche Posay which we intend to explore. I like to cycle along tracks as they are usually relatively flat! We will be sure to explore more. Thanks for this.

They are supposed to be doing the same to our local line... WHEN???

Is that the track over the bridge on the old rail line from Chatellerault to le Blanc? Great views from there...

They only admitted what was patently obvious to everyone else a month or so ago when they sold off all the rolling stock!

They've already said motorised vehicles of all sorts will not be allowed (I wonder if that includes electric motor assisted bicycles?...)