I hinted at this after we returned from Milan, but it never quite made it to the blog. When we were in Milan my mate Alex and I ventured past the city limits to Arese, a journey not to be undertaken lighty if you don't have a car. (It takes an hour, even using a taxi for the last 15km).

The Museo Storico Alfa Romeo is a combination museum, reference collection and shrine to all things Alfa, from aero engines to Formula 1 via family cars and road racers. It is on the site of the factory Alfa Romeo opened in the 1960s, and although cars are no longer made there it is still the site of the head office.


Take note of the spelling, you'll need to know it when
buying my birthday present. That's G.i.u.l.i.e.t.t.a... 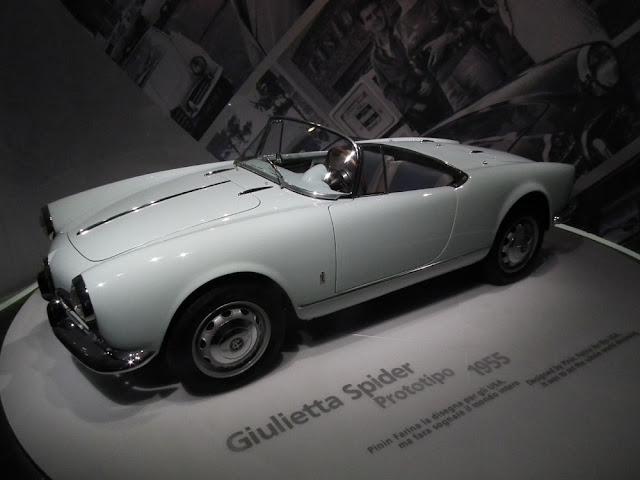 There are many many cars there, from the obscure to the bizarre, and some that I even remember from seeing on the roads. Of course, visiting a place like this with a self admitted rev-head whose father had a string of Alfas when they were living in Italy in the 60's and early 70's really added to the day: stories of long summer voyages from Milan to Rome in pre-autostrada times were really evocative.

Did I say bizarre? This 1913 car has the engine inside the cabin.
And portholes 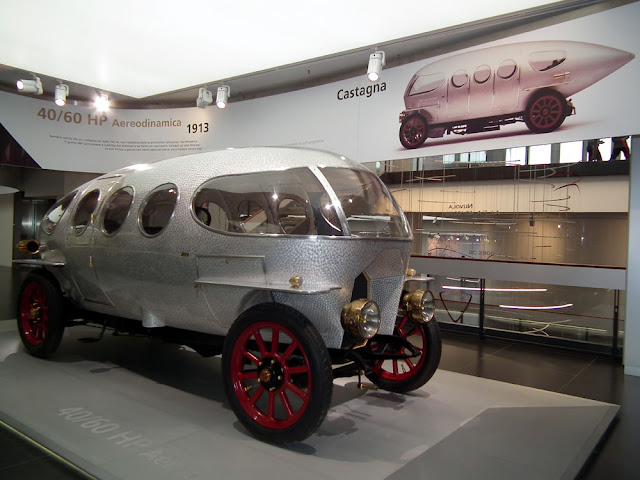 The museum is spread over 5 floors, with the cars arranged by theme - pre world war 2, post war family cars, exotica, road racers of all periods, experimental cars, and modern racing cars. Most of 'em rather quite nice, even if, as we have already seen, not always practical.


And then there is this... the Alfa Romeo 8C 2900B Lungo
with Carrozzeria Touring Superleggera body. Mmmmm nice 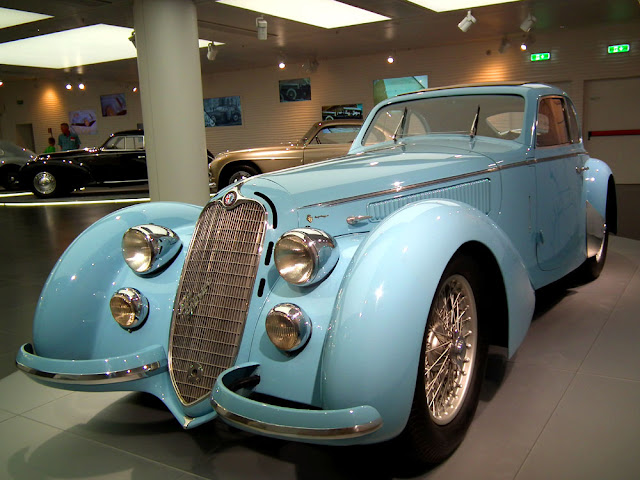 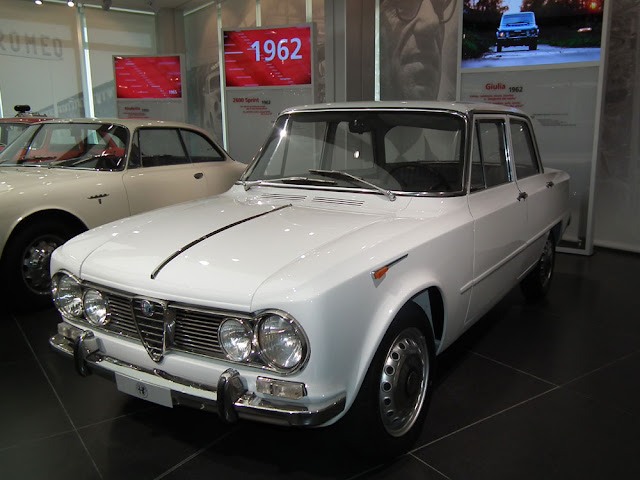 We spent a very interesting couple of hours at the museum, and I have to say it is beautifully presented. If there was only a way to get there by public transport when the temperature is nudging 40C.

Did you see what I did there? A whole post about Alfa Romeo and not a red car in sight! Next time, maybe.
Posted by Simon at 09:00

In 2006 when travelling thru Italy it was on my list of priorities as we had two Alfas during that time. A 105 Coupe and a Alfetta GTV. Loved the museum and even had the opportunity to meet the Curator when their. A great experience.

But the wheels are red!!