Notre-Dame de Lorette is a troglodyte chapel in the valley of the Courtineau river near Saint Épain. It is privately owned. 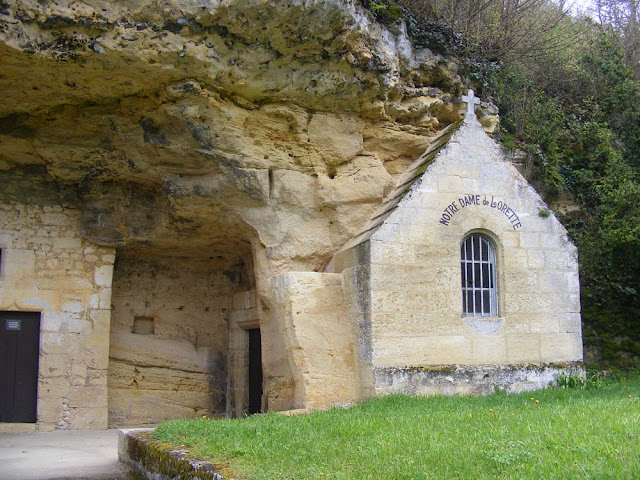 The chapel is carved into the rock and under the patronage of Our Lady of Loreto. This 15th century oratory has its origins shrouded in mystery, as evidenced by the crescent carved into the door lintel. Inside there are apparently interesting sculptures in the rock too, but the door was locked and I couldn't see anything through the windows. I missed a central arch which is decorated with a carved cross on its entire length and two arched arcades that adorn the wall. There is also a representation of the Holy Trinity, with God as a bearded old man, his Son symbolised as a tomb, and the Holy Spirit shown as a bird with outstretched wings, all overlooked by two kneeling angels. Then there is a short stone frieze and a carved coat of arms. Unfortunately I didn't get to see any of it. According to tradition, Joan of Arc sheltered from the rain here as she traveled from Sainte-Catherine-de-Fierbois to Chinon on 6 March 1429. Each year, this is a place of pilgrimage on the first Sunday in October. 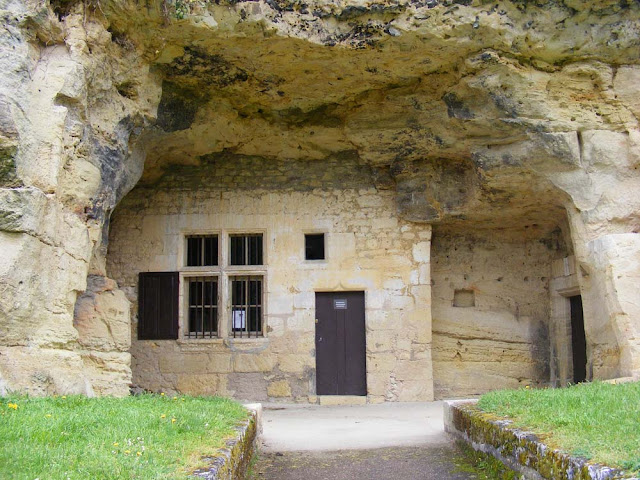 The chapel is adjoined by a dwelling created at the same time, cut into the rock and lit by a mullioned window and a door with a decorated lintel. It comprises two rooms, one of which was heated by a fireplace cut into the rock. The crescent arms are found carved into the mantelpiece here too. Not far from the chapel is a fountain dedicated to Saint Mark which was once a destination for many pilgrims.


The door to the chapel, with its mysterious crescent coat of arms. 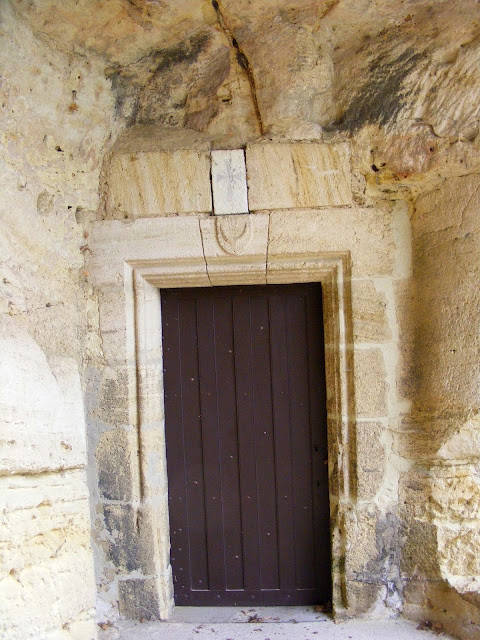 It is listed as a Historic Monument. Many people believe this place was sacred long before the chapel was constructed or the area Christianised.


A substantial seam of flint runs through the stone the chapel is carved from. 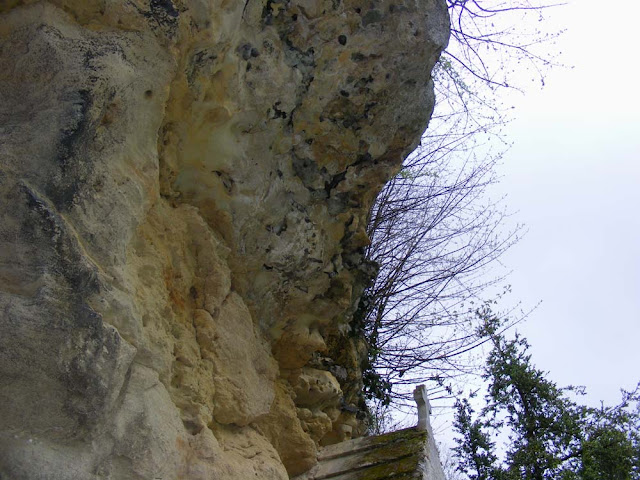 It is very easy to find, just north of Sainte Maure de Touraine, and turn west off the D910, signposted Vallée de la Courtineau. It is a kilometre or two down a quiet country road that meanders along in the valley of the river and there is a carpark in front of the chapel. It makes a good base for a walk.

She went to many many places that Joan of Arc...

You're right - she appears to have been as many places as beds Elizabeth 1st slept in.