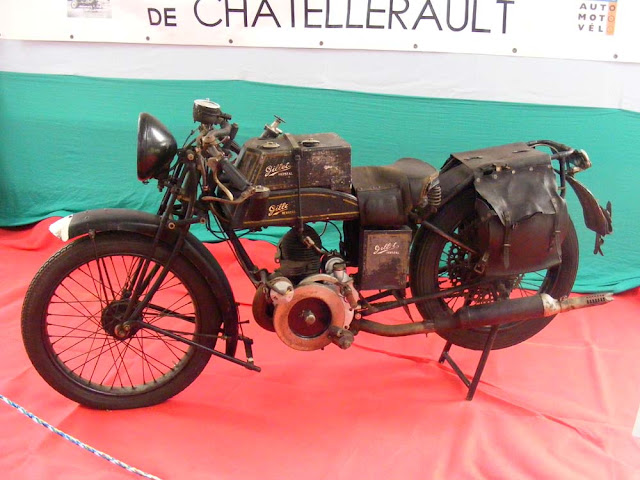 Its vital statistics were as follows:
Ridden by Robert Sexé, French motorcyclist, reporter and photographer, this particular motorbike achieved the first circumnavigation of the world by motorbike between June and December 1926, travelling more than 25 000 kilometres to cross Europe, Asia and North America. After this exploit Robert Sexé continued to ride the bike, up until the end of the 1960s, by which time it had several hundreds of thousands of kilometres on the clock.


A cardboard cutout photo of Robert Sexé looking dashing on his motorbike. 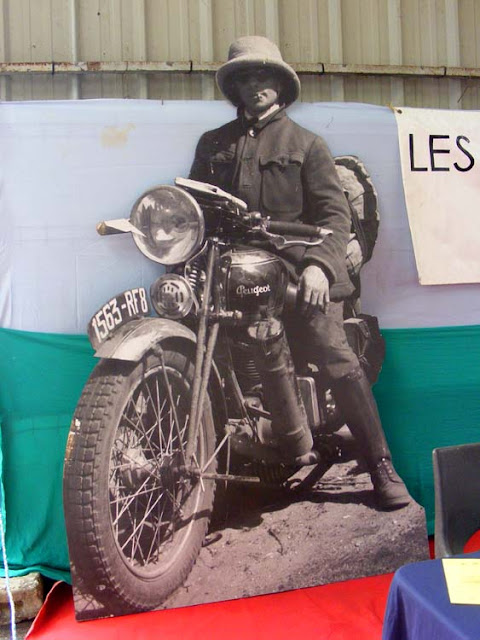 According to legend, the famous cartoonist Hergé would be inspired by Robert Sexé to create the character of Tintin. The character of Milou (Snowy in the English language version) is named after another motorcyclist of the period, René Milhoux, who always wore white overalls. The chateau of Cheverny is the inspiration for Captain Haddock's residence Moulinsart (Marlinspike Hall in the English versions).
Posted by Susan at 09:00

Email ThisBlogThis!Share to TwitterShare to FacebookShare to Pinterest
Labels: Events, Markets, The Car and Driving