The First Time I Saw..

After our first foray into real estate buying in France, Susan had to take a rest by trekking across half of Australia with her family. This left me with an ambition to buy a house, but no way known was I doing it by myself.

Online, I had found two small houses for sale in Loché sur Indrois. They looked good on paper (as it were), and were within budget. I really wanted to see them: I had reached that stage where I was ready to leave London and start the next adventure, but that adventure didn't extend to talking to real estate agents on my own. I rang our friend Bryan and asked, if he wasn't doing anything, if he would like a trip to France. He was doing something, then suddenly he wasn't (meeting rescheduled), and suddenly we had a three day window in the middle of the week where we could go.


The first photo we ever took of Loches. 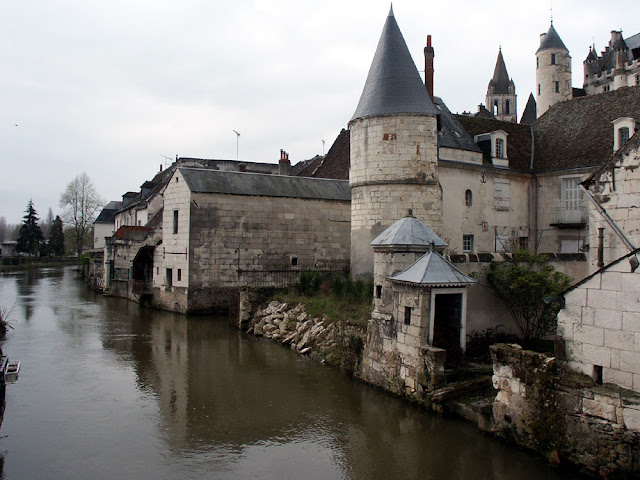 Bryan was living in the Lake District at the time, so I booked a ticket on BMI Baby from Durham Tees Valley Airport for him, and myself a ticket from Heathrow, both timed to arrive at Paris Charles de Gaulle within 30 minutes of each other. I also booked a car. Driving around Paris in rush hour is not much fun, but we were amused by following a circus trailer carrying a crocodile.

We reached Amboise before deciding to call it a night. Seeing the chateau of Amboise for the first time, all lit up and glowing in the dark, was magic. Having breakfast in a cafe at the base of the chateau walls was no less magic.

After breakfast we drove to Loches, to stay in the (let's be kind here...) idiosyncratic Hotel George Sand. And that's the first time I saw Loches: 10 April 2006.

(For more details, the original trip report is here)
Posted by Simon at 09:00

Email ThisBlogThis!Share to TwitterShare to FacebookShare to Pinterest
Labels: Buying a house, Loches and area

...and I remember asking Simon what my purpose was on this trip as I knew nothing about buying houses and spoke no French. He replied that it was to 'stop me buying something. Susan would kill me.'

Our only good memory of the Georges Sand was when we were reimbursed next morning for not having been able to sleep in one of its beds. Jill was fortunately able to deliver a scathing complaint in French. Seem to remember we paid for our meals but not for our room.

I can't believe it was ten years ago, either

And the rest is history!!