Wildlife Watching in the Touraine du Sud in April

If the weather is good you will hear the first cacophonous carryings on of the local Green Frog population, day or night, in every ditch, étang and plan d'eau. In the evenings, listen out for the delicate plinking bell sounds of the Midwife Toad. 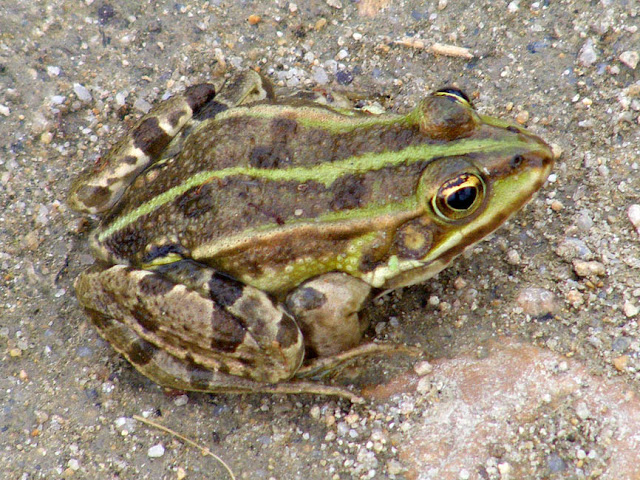 The average maximum temperature here in April is 15°C and we can expect less than 200 hours of sunshine. So long as I get a couple of days where the temperature goes above 16°C for a few hours and it's not too windy, I'll be able to start my annual butterfly survey (unlike last year, when I wasn't able to properly survey until June!)


A Brimstone butterfly, one of the most common species flying in April. 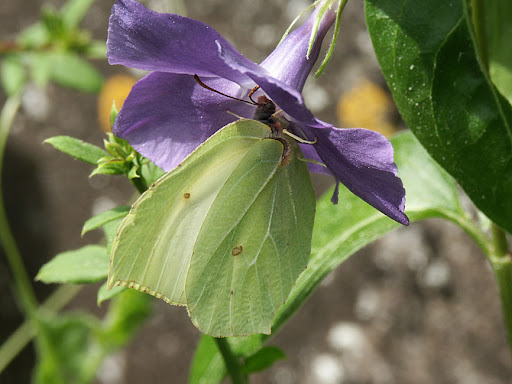 The ecology in the Loire Valley system relies to a large extent on spring rain. Orchids in particular respond to good spring rain in terms of how many flowers per stem they have and how many rhizomes produce flowers at all. According to the Association de Botanique et Mycologie de Sainte Maure de Touraine, spring here has tended to be dry for over a decade. As a result, year on year, they note that orchid colonies in the Touraine are getting smaller and smaller, with fewer and fewer flowering plants as each year passes. I am noticing the opposite in our orchard, but that is because a complete change of management regime has meant the orchids are allowed to achieve their full cycle, rather than being ruthlessly mowed off in their prime as happened under the previous owner's care.

And according to a botanist contact of mine who lives near Candes Saint Martin, on the confluence of the Vienne and the Loire, you've still got about 10 days to see the Snakeshead Fritillaries Fritillaria meleagris in all their glory in Véron, west of Chinon.

****************************************
Paques Pain-demonium: It seems the entire world has descended on Preuilly for Easter. Families are coming together and the town is full of drivers who don't know how to politely negotiate the rather tricky main street. Even I could lip read the frustrated woman trying to go up, getting half way and being forced to reverse with a succession of drivers determinedly coming down on the wrong side -- 'J'ai le droit !', with an exasperated flick of the hand, but short of simply blocking the road to the downcomers, there wasn't much she could do but move aside and hope none of them scraped her going by. There were 40 people lined up to buy bread at our now solo bakers and it took me over 20 minutes to be served. It was just before lunch time, and many people were buying sack loads of pain or baguettes as well as cakes or pastries.

Some were chocolate, and appeared to be species of chafer and ladybird... 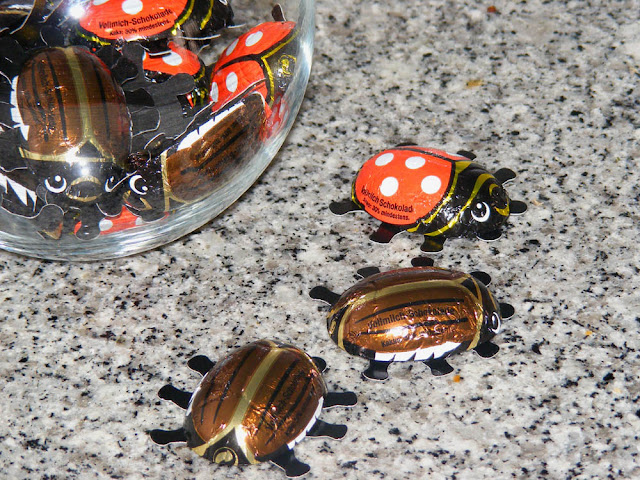 Another was the handsome and rugged male Lesser Capricorn Cerambyx scopoli, newly emerged from the wood pile. 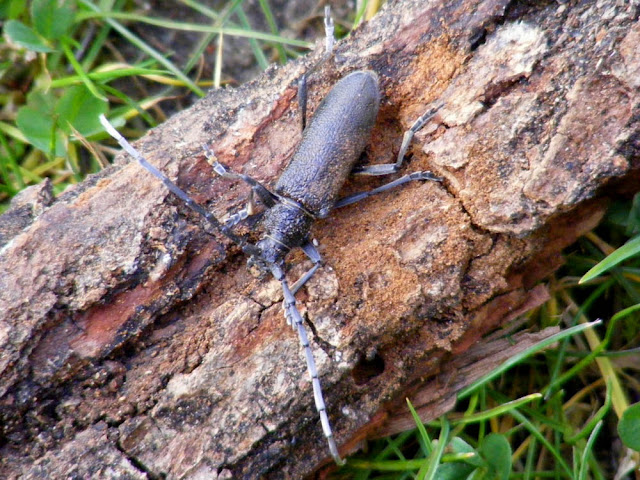 Latest post now linked to Bocage... that hedgeline that has been cut back is likely to be allowed to coppice... I've noticed other examples as we drive around, where there are stools like these... it gives a thicker growth than a laid hedge... provided that you are not keeping stock in the field.
BUT... it thins and decays back more quickly.
It was a 'lazy' farmer's method in Kent around small orchards where you needed make sure that the hedges didn't come to dominate the trees. [Cost around a tenth of getting someone to lay it properly!!]

Found a mass of Fritillaries in this valley... at the roadside... they will vanish when they re-ditch our road next year!!
AAAAAGH!!

I've just put some pix of the Frits up on Flickr.

Love the Chocy beetles! We will be checking out the Frits when we go up to Chinon on Weds.

The new web site is great and easy to follow. We hope it brings you plenty of bookings.

Tim: they don't seem to go in for laying hedges here. Sympathies for the Frits. My two best colonies of Spotted Marsh Orchids got 'ditched'.

C&E: glad you will get to see them.

We drove past the queue for the boulangerie on Sunday morning. I'm not surprised that you were waiting for 20 minutes.

Website great and reflects the hours of work that has gone into it. Bravo.