Can We Save the Pasqueflower? 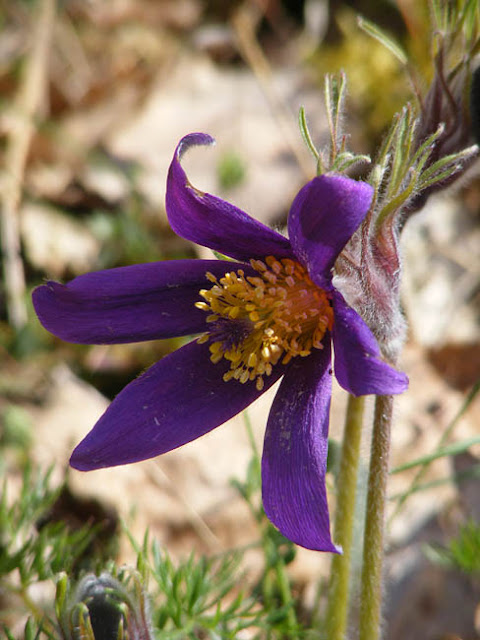 The Pasqueflower Pulsatilla vulgaris is rare and protected throughout Europe. Once upon a time it occurred on the steep slopes of limestone buttes of the Touraine, where it thrived amongst the closely cropped grass of the sheep pasture, carpeting the ground with a purple wash in the early spring. These sites have now been abandoned by the farmers, who concentrate on broadacre cereals and vines on the lower slopes. Modern farmers no longer run sheep on this marginal land that is too steep to plough and it is simply left to get rank and ultimately be covered in scrub. 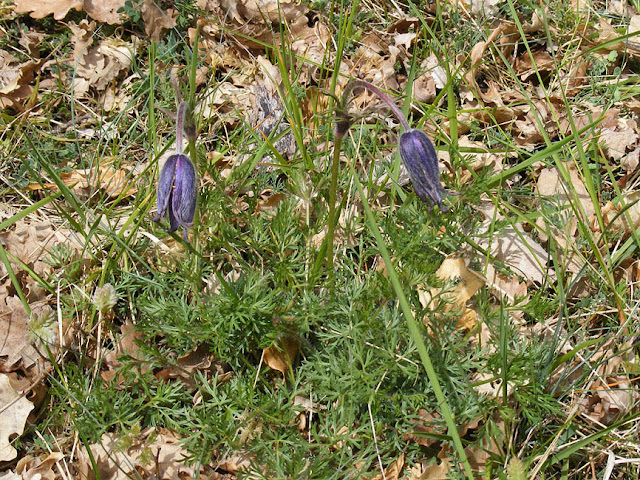 The Pasqueflower clings on in pockets where the rabbit population is high enough to keep the grass down. If the grass gets too high the Pasqueflowers very quickly die out. Today there are only 9 sites in the Touraine and 4 in the Brenne where Pasqueflowers can still be seen. By far the most significant sites in the area for the plant are the Puys du Chinonais. 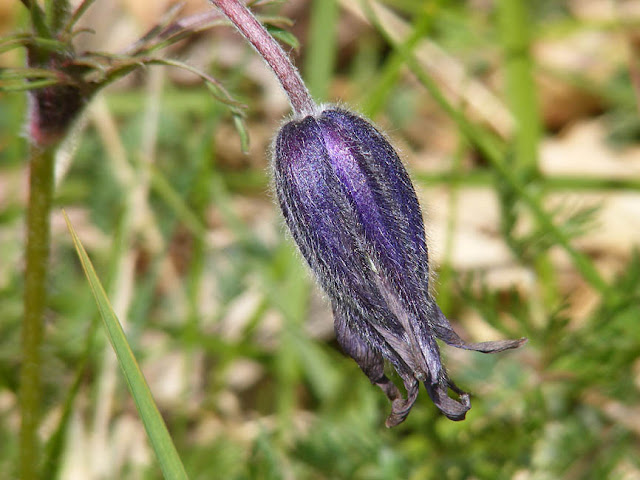 Sensitive management of the sandy limestone grassland sites such as suit the Pasqueflowers is not easy to achieve alongside modern farming practices. Ideally the site should be grazed in the winter, but this requires fencing, a means of loading and off-loading livestock, water and a flexible supply of livestock (known in the UK as a 'flying flock'), which comes in for a few weeks then goes off to another site, in rotation. Also ideally, during the flying flock's residency the site must remain fully accessible to the public, many of whom will come here from Chinon to walk their dogs (and as any sheep farmer knows, town bred dogs and sheep are an unhappy mix). Few of the local farmers now have any animals at all, nor probably the time and inclination to set up temporary pastures for the small flocks that would be necessary. We can continue to rely on the wild rabbits to do the job, but this comes with the more general risk of damage and erosion due to their burrowing. Rabbits also dig up or eat quite a few plants, as do voles. Sites can be mechanically mowed from time to time, but this is always the tool of last resort, much less successful than grazing and requiring even more man hours than shepherding as all the cut grass must be raked and removed to prevent its nutrients recycling back into the poor soil and over enriching it. 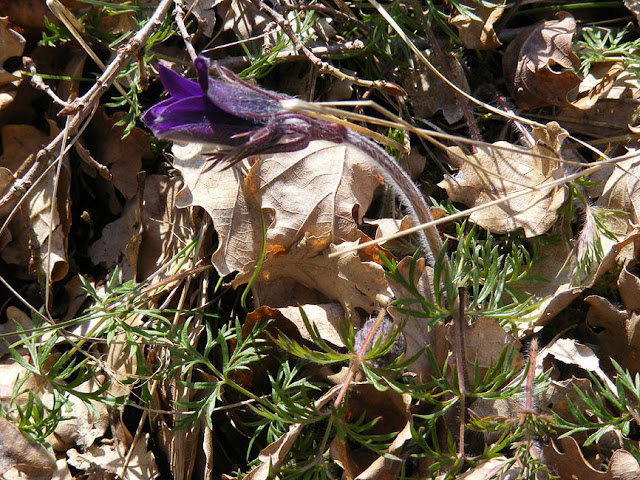 To add to the Pasqueflowers problems, there is now a concern that sites can become eutrophic - that is, too fertile and ultimately, too acidic - from environmental conditions originating outside the sites. The species likes low fertility and low competition. Many nature reserves are under threat from a problem that seems impossible to control - the nitrogenous deposits from car exhausts (nitrogen is the N in the NKPS code on your bag of fertilizer) as well as agricultural fertilizer runoff. 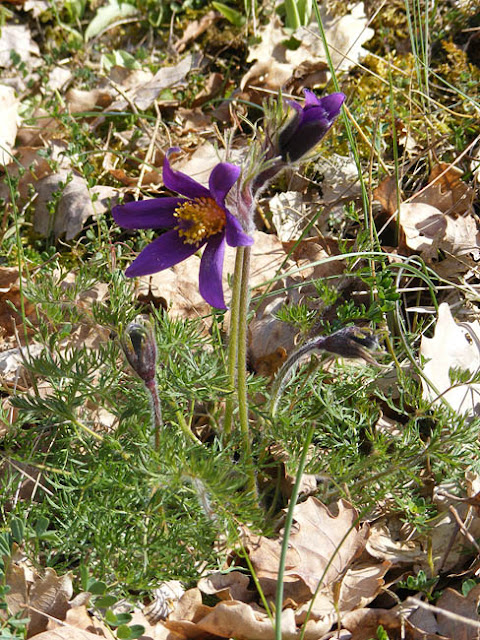 Plants that are accidentally dug up and deposited beyond the colony (even if only a metre, by the actions of rabbits or stock, for example) are one of the few ways a colony spreads. Pasqueflowers have little success at self-seeding. Curiously, experiments in Britain and Switzerland with reintroducing plants have also had very little success, and so it seems that the only hope of retaining this lovely flower is to find some solution to the site management problems. Any reintroduction programme must also take great care to use an appropriate genetic line so as to ensure ecotypes (strains suited to particular conditions) survive. It can be done, but it requires resources and the will to do it from both the nature conservation professionals and the local farmers.
Posted by Susan at 09:00

The mowing regime is not good unless you have the means to remove the waste... my problem here. It can also leave very nasty trip hazards... as evidenced at the Eperon de Murat. The areas that they have to mow there on the point itself are dangerous... especially if you go there on a raptor watching trip or searching for butterflies.... probably more so for the latter!! Less dangerous if there for Orchids... unless you are trying to catch others up!!!
The areas that they are grazing are better... but not by much.

Another problem with mowing a scrub area is the unintentional creation of coppice by "scrub bashing" in winter... if you do the initial mowing in high summer that is avoided to a greater degree... but... and it is a big BUT... you are most likeley to damage that year's seed crop!!

My biggest problem here is the Blackthorn... it suckers underground!! Betsy eats it quite happily... but it is a clean cut... the most likely to regrow!! The new head on the strimmer minces the stump... that allows fungal spores in and also means that any growth will have to come from lower down... so it wont form an unmowable stool.

They are trying an experiment with the Norfolk flying flocks in certain areas... it allows greater ease of public access... they are confining the sheep to tight pockets that are "flowed" across an area over a matter of weeks... each time the animals are checked they are moved into the next pocket and the following pocket set up... how it is working I don't know, it is still in its early stages.

Tim: I don't know who they get to mow (the farmer I guess) but the last time I was there the Conservatoire staff were exasperated by the timing of the mowing. It definitely needs some education in the direction of the mower man. I've been pondering this problem of unintentional coppicing too. My solution I think will be to dig stuff out, but I've only got a small site.

Lucie: It will be a pity indeed if we can't maintain these sites for the pasqueflower.