Just as I am gearing up to start surveying my local butterflies for 2013, waiting and watching for the weather to improve sufficiently to make it worthwhile, the official STERF report on last year's national survey has landed in my email inbox...with a covering message from Luc Manil, who co-ordinates us STERFistes, saying 'Don't even think about going out and doing your first survey until the last 10 days of April. The weather forecast is awful and there will be nothing flying but those few species that hibernate as adults...' 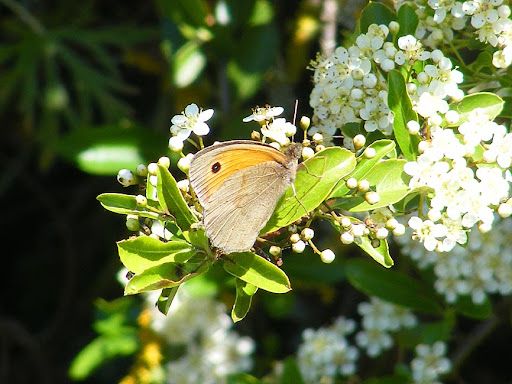 The French national butterfly survey has been going since 2005. From an initial 14 survey sites it is now 215 sites. 44% are allocated randomly and can be anywhere within 10km of the surveyor's home base, 56% are chosen by the surveyors (and are usually nature reserves). Last year both my survey sites were randomly allocated. You can read my report for 2012 here. 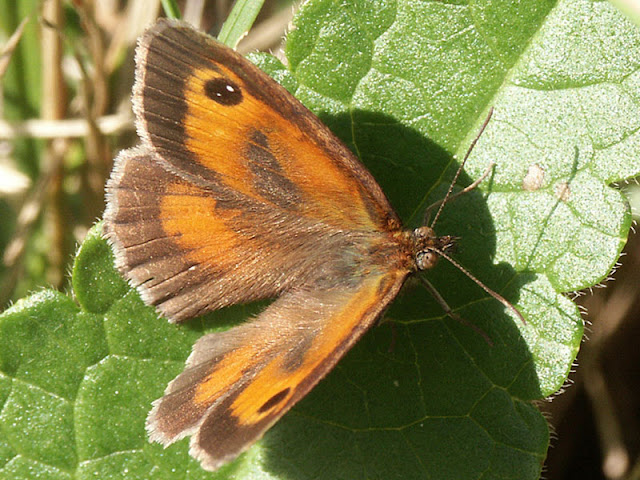 The Paris area (Ile de France) and the mountains are the best covered by surveyors. The high number of survey sites near Paris reflects the distribution of surveyors rather than butterflies -- a typical skewing of the statistics that all biodiversity surveyors are ruefully aware of and take into consideration. 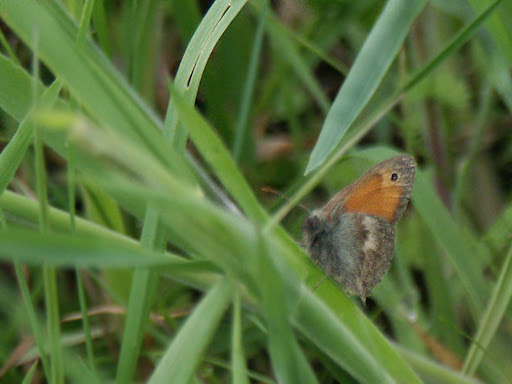 Over the lifetime of the survey 199 species of butterflies have been recorded in France. The most abundant species recorded last year were, as usual, Meadow Brown Maniola jurtina, Small White Pieris rapae and Gatekeeper Pyronia tithonus. The most frequently observed species were Small White, Meadow Brown and Small Heath Coenonympha pamphilus. This second category are the species that are present everywhere, often the same species which are abundant and occur in great numbers, but not necessarily. The most gregarious species (those seen in the largest numbers per transect) were Chalkhill Blue Polyommatus coridon, Marbled White Melanargia galathea, Gatekeeper and Meadow Brown.The national average number of species recorded per transect visit was 3.4. My average was 6. The highest number of species recorded in a single transect visit was 28. My highest was 12. 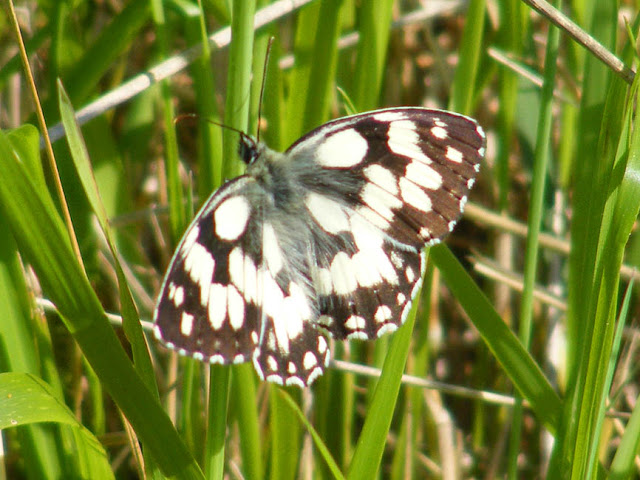 The richest habitat nationally for butterflies is pelouse (calcareous grassland) and pine woods. The poorest habitat is urban, suburban, arable and other cultivated land which does not include pasture or native grasses. 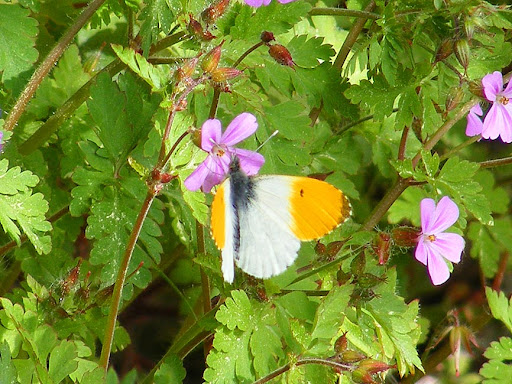 The records for last year show that the summer species were on the wing 15 days later than average. On the other hand, one early spring species, Orange Tip Anthocharis cardamines had an exceptional year, benefitting from the outstanding weather in March. With a spell of good weather later in the year, some of the calcareous grassland species like Adonis Blue Polyommatus bellargus also had a boost after an intially very poor year. Last year was a bad one for forest species (but the year before that had been a very good year for them, so we need a few more years of recording before we can tell what the overall trend is for this habitat). 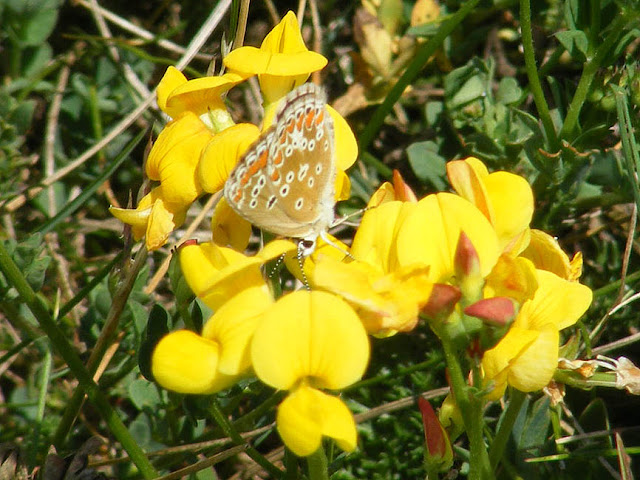 Nationally there has been a 10% drop in numbers of species observed over the lifetime of the survey and a tendency for generalist species to be on the increase in frequency. This reflects the results coming out of other European countries who survey butterflies. The implication of these statistics is that habitat is being degraded or homogenised, causing specialist species to disappear and generalists who are less choosy about habitat to colonise areas that now support a lower level of biodiversity.

**************************************************
Weather Update: The weather continues to be dismal. It rained all day yesterday, but was not very cold, just wet. At the market the bus driver joked with me that it was just like English weather (all the English people in the district must have heard this on a weekly basis for the last six months I reckon). Apart from being anglais, the weather was variously described to me as déprime (depressing), triste (miserable) and mouillé (soaking wet).
Posted by Susan at 09:00

Nice butterflies... I opened the longére door two days ago and a newly awoken Peacock flew out...
did a u-turn...
and flew back in...
settled on the wall....
neatly folded its wings and promptly went back to bed!
A sensible insect that!!

Please point out to your bus driver that it is Cornish, We(s)t Wales and Scottish weather... not English! Those of us with Scots blood don't like the English hijacking the weather as well as the land, the oil, etc.

The high number of survey sights near Paris is also a reflection on peoples' need for green space!

When we started Pondwatch in the UK, we noticed that the further from a river, the more likely a garden was to have a pond!

And mountains....
people need mountains!
They give you a sense of scale...

Tim: I just point out that I am Australian...

Coming from Wales I'm proud to say that it rains most days, and some days even all day!

Funnily enough I'm told that in the last couple of weeks England has only had a couple of rainy days...

After seeing a few of the 'hibernators' last month, there has been nothing flying for the past couple of weeks - for obvious reasons! - so we're waiting for the weather to improve before we start.

That blue adonis is really lovely - though not very blue! Wasn't Sunday just the most beautiful day, particularly after all that other ghastly weather? I'll have to start butterfly watching then when I become reasonably proficient I can join the survey.

Fraussie: The Adonis Blue above is female -- the males are really blue. Sunday was spectacular - hurrah! It would be great if you could join the survey. You would be extremely welcome, and I am happy to take you through the process -- maybe we should go out one day and do my transects to see how you enjoy it.