News from the Garage

One of Claudette's brake drums, badly repaired in the past by welding a piece of steel onto the cast iron. 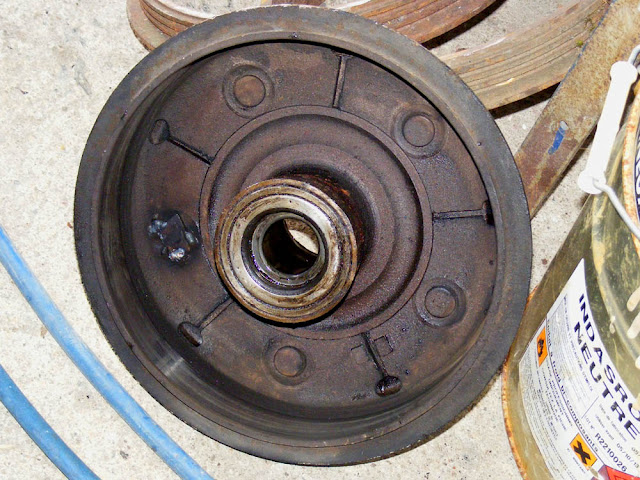 On Wednesday we went over to Chateauroux to check on progress with Claudette. Jean-Louis was hoping to have her brakes fixed and enough done to get her through her CT (roadworthy/MOT) but as usual, things turned out to be more time consuming than expected. We took Célestine along because Simon was worried about a noise in her engine, and we gave Jean-Louis a cheque for the parts he has purchased so far on our behalf through the car club for Claudette. 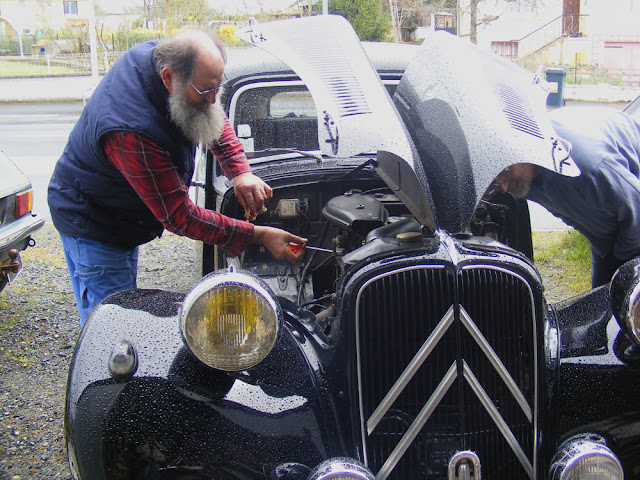 Claudette's brake problems are a combination of grease on the front left brake shoe, worn brake drums, and lack of lubrication on the handbrake cable and rear cylinders, plus a few other minor things. So everything is going to be new, just to be sure. 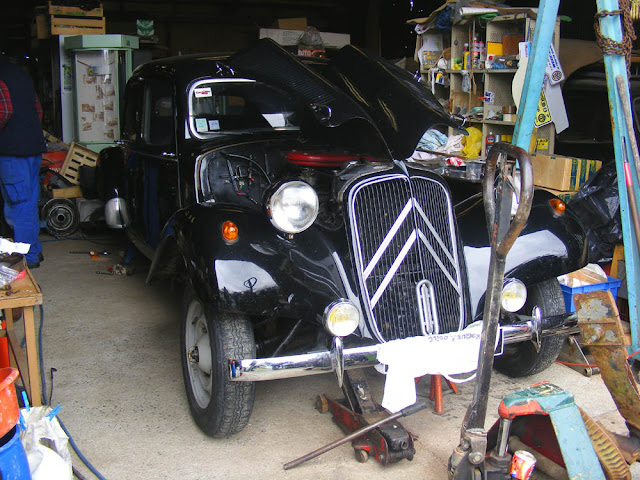 A lot of her wiring and tubing is run along non-standard routes, and Jean-Louis pointed out places where wiring or tubing was too short and other places where it was too long. It is routed too close to hot parts of the engine, or over something when it should go neatly under it, or the rubber sheathing is old and snaps, or ...oh la la, pleine de petite choses. He's not sure the dynamo is working, so will replace the regulator. If that doesn't work, we will need to figure out how to squeeze an alternator under the non-standard oil filter. The starter switch and the choke are wired back to front. That's just confusing, so he'll get to that too.


You can hit this brake cylinder with a hammer and it still doesn't move. 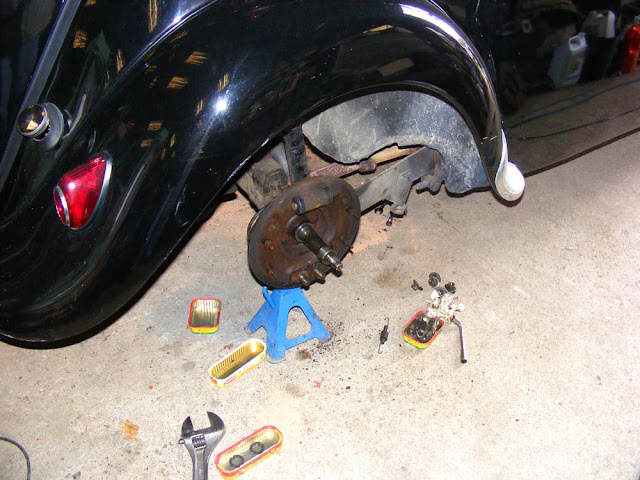 Célestine got a health check too. Jean-Louis tuned her and adjusted the brakes. The noise remains a mystery, but is perhaps a combination of a bearing in the alternator and another in the water pump. We will just have to leave it and see what develops.


Jean-Louis showing Simon just how much wear there is on Claudette's brake drums (the diameter is over 2mm more than the allowable variation from the spec). 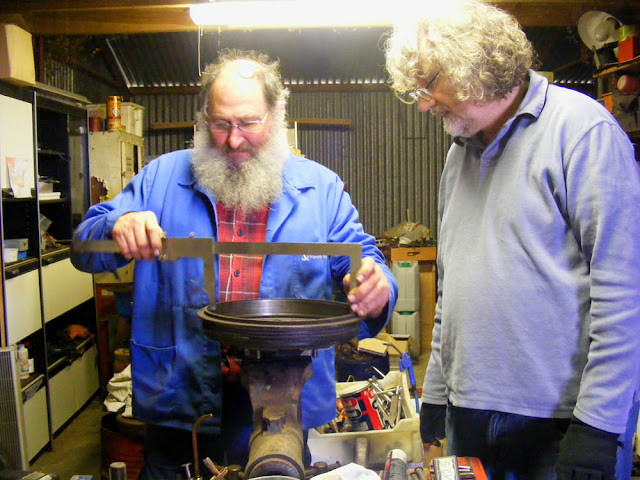 We picked up two old tyres to take to our newly rented garage in Saint Pierre des Corps. The garage is so Claudette and Célestine don't have to make the journey from Tours to Preuilly quite so often, but it is quite a tight fit. Simon doesn't want to run into the end wall, so we will use the old tyres as buffers.


Claudette and Célestine meet for the first time. 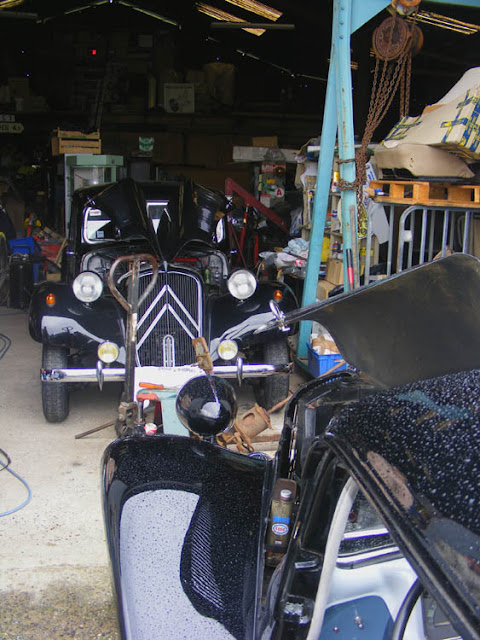 The welding on the inside of brake drum looks like it is holding the wheel stud in place, which will be steel anyway. To me it looks a reasonable repair. What is wrong with it?

Col. It works, just that welding steel onto cast iron isn't optimal. J-L is dimissive of bodges like this, even when they do work.

I don't care as long as the wheel doesn't fall off, which would seriously affect my enjoyment of the day.

Was it love at first sight? Martine

Colin: J-L's actual comments about this repair were that the piece of steel used was too hard and had come from 'who knows where'. He's a perfectionist, but doesn't have an issue with non-original stuff so long as it works and is done well. He was pretty scathing about this repair, but I don't know enough about mechanics to understand all the reasons.