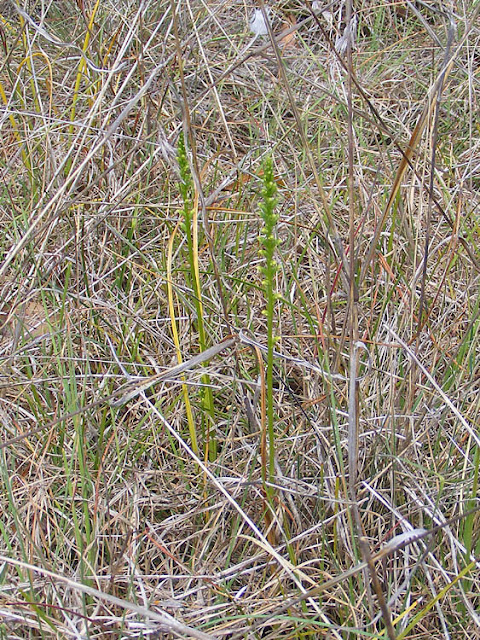 Common Onion Orchid -- not so easy to see...

My sister, brother-in-law, his mother and I went orchid hunting one day in November last year when I was visiting. We targetted the old cemeteries in the area, famous for their native Australian orchids, but we were a bit late in the season, so weren't all that hopeful we would see anything. 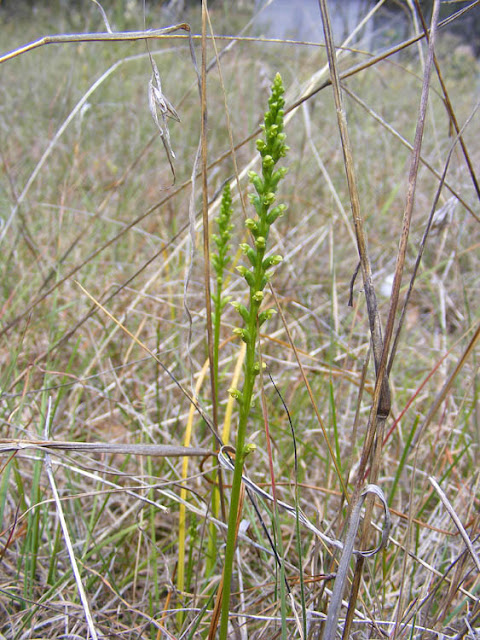 These were the only flowering orchids we found all day.

However, luck was with us at Dalton, the very first cemetery we stopped at, about 80 km north of Canberra. I spotted a couple of spikes of tiny pale greeny white orchid flowers in the grass which we identified as Common Onion Orchid Microtis unifolia. They were a new species for Kathy and John, so that was nice too. 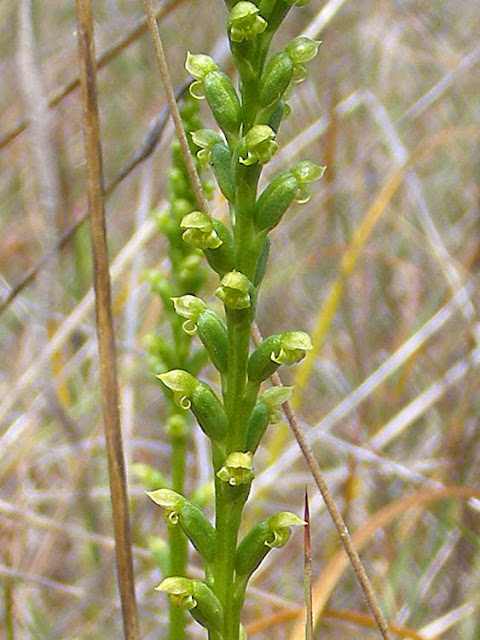 A close up to show the many tiny greenish flowers.

It occurs in eastern and southern Australia, growing in a wide variety of habitats. The scientific name means 'small eared single leaf', as presumably the flowers are thought to look like little ears. 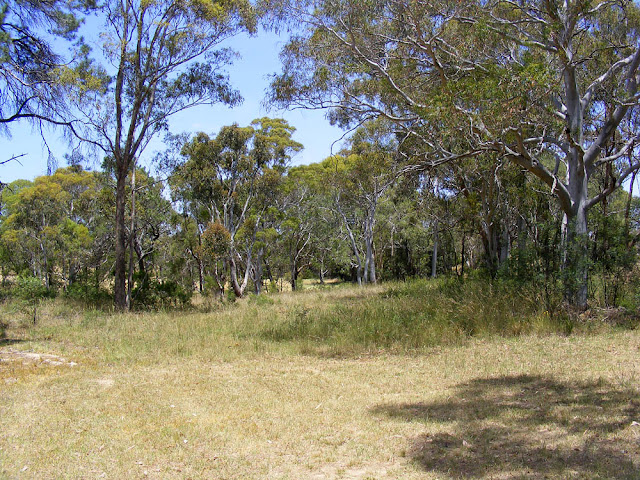 The habitat the orchids were growing in. 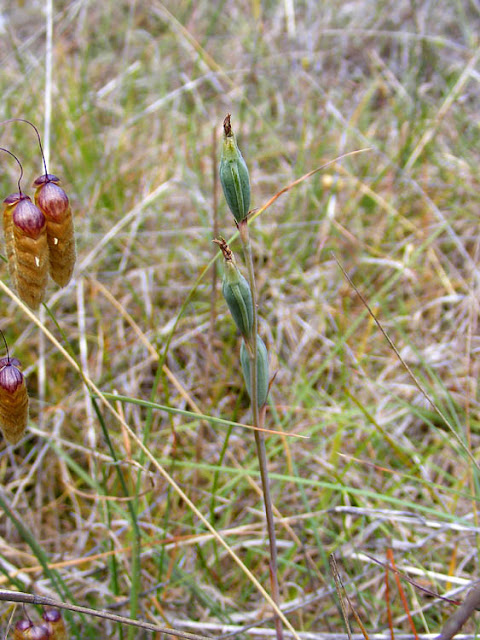 Sun Orchid Thelymitra sp seed pods -- they had all finished flowering, but if you want to see what the flowers looked like, go to this blog, written by a local person who went on a botany outing to the cemetery only a few weeks before we were there.
Posted by Susan at 09:00

The flowers are remarkably similar to Twayblade... but lacking the danglies... What were the lower leaves like?
Sun Orchids look nice... is that a huge quaking grass beside them or are they very small seed pods?
Saw my first orchids yesterday... but no camera... possibly Early Purple... I'll photograph them on the way in to Preuilly this morning.

Oh my goodness.....I haven't seen "Fairy lanterns" (the dry pods on the left) since I was a child, growing up in the bush at Engadine, 1 hour West of Cronulla.
The destruction of pristine bush makes me shudder now.They were all quarter acre blocks and we had flannel flowers, Christmas bells,purple "snake flowers", wild maiden hair fern etc all over our block,some blocks, in the sandstone gully areas had Waratahs....sore bum for picking them, even back then.
Back in the day, we would wander the whole district all day,when not at school, sometimes going deep into the Royal National Park.

When my kids were little I was nick named "Harry Butler" because we were always looking at things at ground level and walking miles, just to see what we could find.
It is interesting to think back on what started an interest in plants and insects,my Pop was a good gardener and lived next door and my Mum was raised on the family farm and vineyard at Penrith,so I had 2 people to answer my endless questions.....what started your interest ?

Tim: the onion orchids don't have more than a few long thin grasslike leaves. Sun Orchids are lovely. The seedpods and the quaking grass seedheads are about the same size. I think the grass is closer to the camera, and it's the big species.

Margaret: Great reminiscences! My family are all interested in natural history too, so it was just normal for me to look at the wildlife and try to identify it.