In March we had clients based in Chinon, so naturally we wanted to introduce them to a local winemaker in this well known wine appellation. I emailed someone who had been recommended to us, but he was going to be away at a wine fair and schmoozing his biggest customer, so was unavailable on the date I wanted. I hunted around for an alternative, and happened across Richard Kelley's review of Vincent Bellivier. He sounded ideal, so I got in contact. His son Matthieu responded positively, and we set up a rendez-vous.


Barrels of Chinon wine in the cave at Vincent Bellivier's winery. 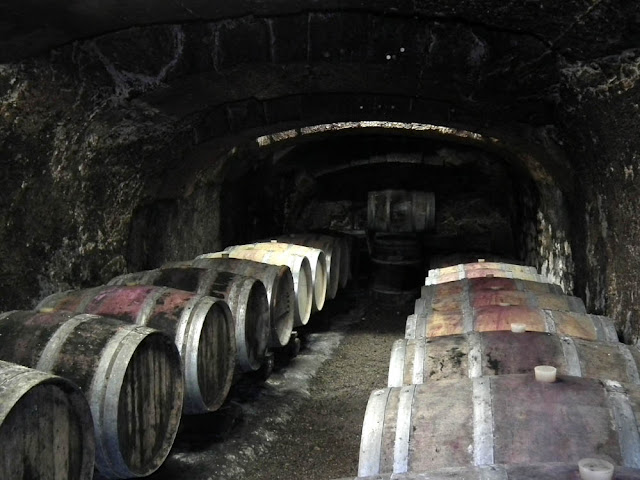 The family is based in Huismes, a village to the north of Chinon. They have 6 hectares (15 acres) of grapes, almost all Cabernet Franc, as you would expect in Chinon. They are a small producer, even by local standards, but they have a well appointed tasting room and Matthieu was happy to show us the chai (where the wine is made) and cellar.


Coins stuck to the accumulated yeasty goo on the ceiling of the cave. The US quarter was put there by our clients, and Simon put one of the euro currency coins there. 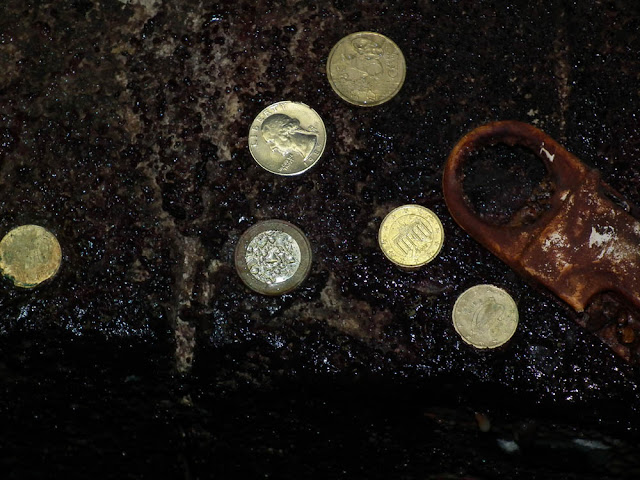 We arrived and were greeted by a spaniel and two wire-haired dachshunds, brimming with personality. Matthieu emerged from the house and invited us in to the tasting room, where we tried the 2011, 2010 and 2009 vintages, all 100% Cabernet Franc (as required by the Chinon appellation rules). All were excellent, but the 2011 needs a bit more time to mature (in a year's time it will be much more integrated, and it will easily keep for 4 or 5 years). The 2011 and 2010 had been matured in stainless steel tanks, and the 2009 in oak barrels from Bordeaux between 3 and 7 years old, so it has just a hint of wood. Matthieu was particularly pleased with the 2009, and we bought some of that and the 2010 (€7.25 and €5.70 per bottle respectively).


A fungus covered corkscrew hanging on the wall of the cave. 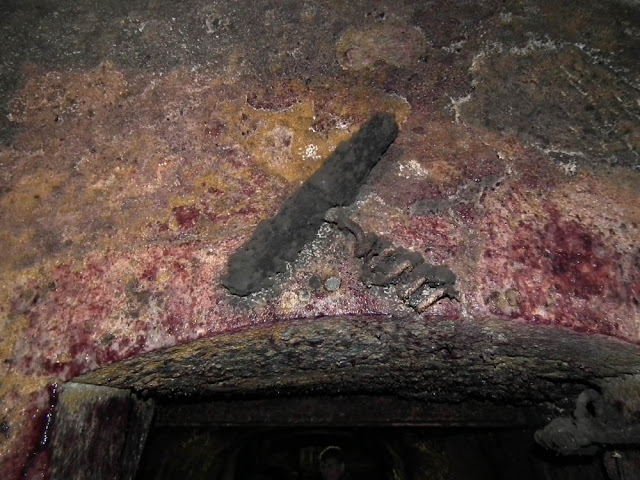 Matthieu, who told us he was 27 years old, is following his father's 30 years of experience in winemaking. It turns out he is also a classic car enthusiast, with a Traction Avant 11BL and a Peugeot 203 parked in the hangar next to the cellar door. He speaks a little English, although is rather diffident about doing so. At one stage he told the dogs to 'shut up' in English and claimed that was just about the only thing he could remember from English classes at school.


You can just see me talking to Matthieu in the entrance to the next section of the cave in this photo. 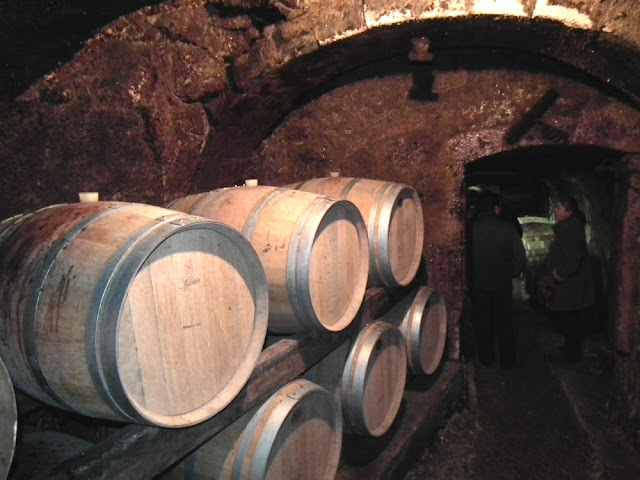 The cave is dark and dank, lined with barrels down each side. We noticed that there were coins and other small objects stuck to the gunge on the walls and ceiling and Matthieu said it was a tradition, in this cellar at least, to stick a coin to the wall for luck. They produce about 12 000 to 15 000 bottles per vintage, depending on the year. Almost all their wine is sold locally, and more and more in 5 litre bags in boxes rather than bottles. It's the same wine, but cheaper to buy in the boxes, and the local customers prefer it that way.
Posted by Susan at 09:00

Looks great. Will give it a try next time we have the relations over!

I much enjoyed that post Susan. Seen from North Carolina, all that looks pretty exotic.

I remember Huismes...the charcuterie makes the only edible andouillette in France.

C&E: Do -- it's always nice to give visitors something they can't get anywhere else.

Ken: You homesick? I'm glad you enjoyed the post.

My husband and I will be house sitting in the Loire for 7 weeks this summer. This post reminded me to go through your blog to locate other wineries you have written about; as well as the great places to eat. Thanks Susan and Simon!

Hi Bill and Mary! Do feel free to email us if you want to meet up (via our profiles on the right side bar). Where will you be housesitting?