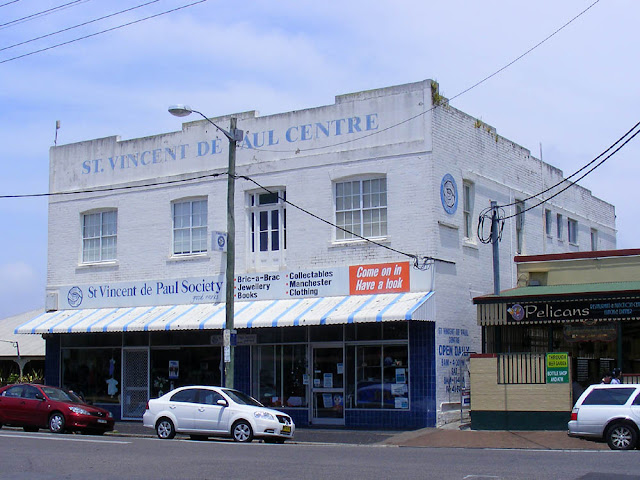 Vinnies is an Op Shop. There are Op Shops in most towns in Australia. This one's in Woy Woy, on the coast just north of Sydney. 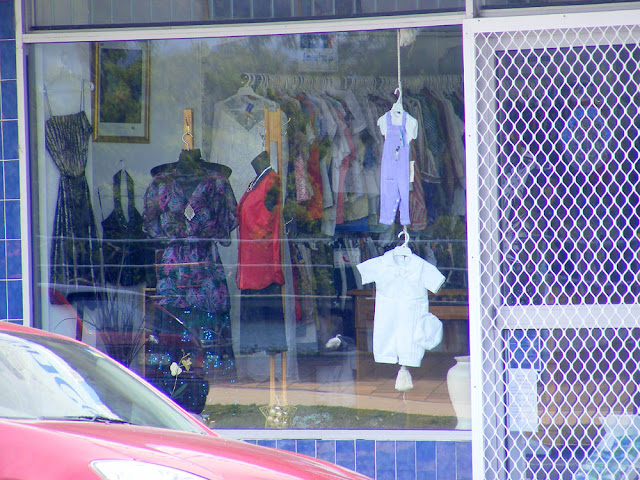 Vinnies is short for the Society of Saint Vincent de Paul, a worldwide Catholic charitable aid organisation run by volunteers. It was originally a French organsisation, founded in the mid-19th century by a young French lawyer, to work in the slums of Paris. Nowadays it operates in slightly different ways in different countries, but always its focus is the poor, the needy and the homeless. We have a local connection in the Touraine to the early days of the Society, as Léo Dupont, a lawyer living in Tours, was a significant contributor to the work and funds of the Society. He became known as the Holy Man of Tours and his house is now owned by the Catholic Church and has become a place of pilgrimage. 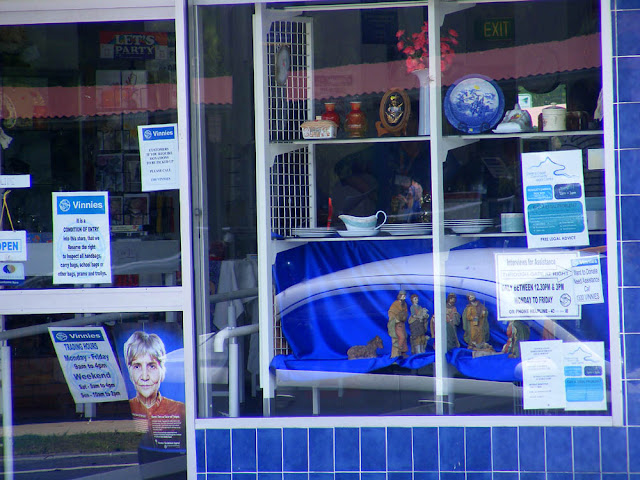 Op Shop is short for Opportunity Shop, or what would be called a Charity Shop in the UK. Funds raised from the sale of the donated goods go towards funding Vinnies charitable activities. There is no exact equivalent of this type of outlet for donations to charity in France.  The closest is Emmaüs, which does not have shops, but instead has periodic gigantic sales in large venues such as trade exhibition centres. Colin and Elizabeth describe attending one on their blog In and Around Braye-sous-Faye.

Update: Apparently Emmaüs does have retail outlets -- see comments below.
Posted by Susan at 09:00

Does Manchester know it is up for sale?
What on earth do'est that mean?

Interesting and well spotted Tim. What is for sale?? MUFC gear perhaps...

I know that one! Manchester is beedsheets and tablecloths and other stuff made out of stuff made in Manchester. Not appropriate any more, maybe, but no less accurate than calling it linen though

Emmaus has shops. There is one in Chatellerault, as also La Ferme at Nonnes and newly formed is the recycled cycle shop near Auchan.

Emmaüs do have warehouses where you can both buy and donate items. South of Tours there is a sales outlet that is open 5 days per week. In Blois they are open on Wednesday and Saturdays and in Romoratin they are open several days per week - they do not just rely on 'special' sale days. I'm sure it is the same in most large French towns.

RiF & Carol: I thought La Ferme was just a depot. I had no idea they had shops -- does it show that brocante bores me rigid and I've never been anywhere near any of these places? :-)

I like the sound of the recycled cycle shop!

Emmaus depots used to be open two or three times a week....but not much use as they sell the best stuff on to dealers.

There are several Emmaus stores in Paris and suburbs. We tried to go to the one in Blois three times but it was never open! You can also pick up white goods in excellent condition. My stepson is doing his "service civic" with Emmaus and setting up a recycling system.