Tomorrow is the centenary of the death of the French botanist Joseph Bory Latour-Marliac. In 1875 he founded a waterlily nursery, and his most celebrated customer was the Impressionist artist Claude Monet.

Native Yellow Waterlilies in the moat at Dissay. Latour-Marliac and Monet met at the 1889 Paris World Fair, where, by happy chance, they were exhibiting in neighbouring pavillions. Four years later, when Monet purchased the meadow opposite his house at Giverny and built a water garden, Latour-Marliac was the man he turned to for a stock of waterlilies. Monet would spend the rest of his life painting them, and Latour-Marliac would ultimately breed 110 varieties.

The native White and Yellow Waterlilies growing together in the Brenne. 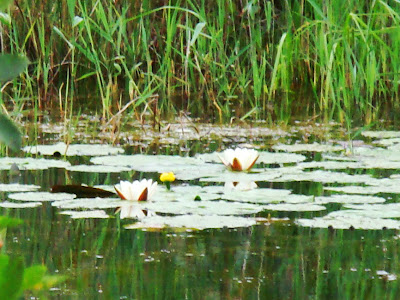 Latour-Marliac was born in the Aquitaine region in 1830, and originally studied law. The revolution of 1848 meant that he beat a prudent retreat to manage the family estate. Now he was free to indulge in botanical experimentation, and eventually set up the waterlily nursery on 4ha of land that included two wells, a stream and 14 springs. He brought together species from Sweden, France, America and China and cross pollinated using a method that is not entirely understood now. His cultivars are all sterile, presumably a deliberate ploy to ensure they could not themselves be bred from.

Waterlilies in a garden in the Northern Territory, Australia. 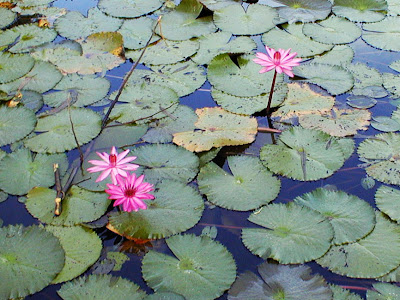 The resulting waterlilies, some tiny enough to be grown in a gold fish bowl, many reliably hardy, all in beautiful delicate tones, soon became famous, particularly after he began corresponding with William Robinson and contributing to Robinson's magazine, The Garden. By 1904, three-quarters of his trade was outside France, with British customers particularly. His customers included Leopold de Rothschild (Gunnersby Park), Gertrude Jekyll, Veitch's nursery, Tolstoy, the Olmsted brothers and the Vatican. 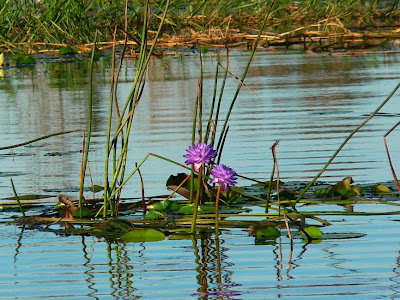 After his death his descendents continued the business until the 1980s. In the 1990s the owners of a British aquatic plant nursery saved Etablissements Latour-Marliac from closure, and the current owner acquired it in 2007. The nursery, situated about 100km south-east of Bordeaux, is now the third most visited tourist site in Lot-et-Garonne.

Fascinating. I assumed Monet just set up his easel near a stream with lillies growing in it. I had no idea of the wonderful background story. I have seen many of the water lilly paintings -Museum of Modern Art in NY, if I remember correctly.

I see that the Monet retrospective in Paris got record numbers visiting on the weekend for its last two days.

Thank you Susan for this fascinating post. Waterlilies are my second best loved flowers after irises.
Several years ago I went to Giverny with Ken and Walt. It was an enchantment. Of course, I am very familiar with the Nymphéas in the Orangerie. Two places not to be missed.

Giverney was indeed enchanting when we went a few years ago. It was heaving with tourists but yet tranquil and beautiful at the same time. I shall never forget the beauty of the waterlilies.
Brilliant post, Susan.