The population of Tours at the last census was 138 783, in a departmental population which has gone over the 600 000 mark.

In 2010 there were 3042 births - 506 fewer than in 2009, and for the second year in a row, boys exceeded girls (or as the Nouvelle République newspaper put it, les choux ont été plus florissants que les roses). Nine babies in ten in the department were born in the Bretonneau hospital, in the maternity unit named after the 18th century feminist Olympe de Gouges. Births can now be registered at the hospital, rather than having to make a separate trip to the town hall.

All marriage ceremonies take place in your local town hall. 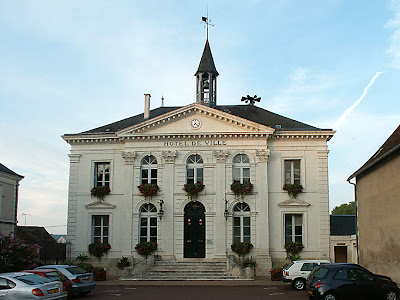 Camille is the most popular name for new babies, followed by Arthur, Emma, Lucas and Nathan. First names are tending to be shorter and shorter, with parents often choosing names of one or two syllables e.g. Léo and Théo. Diminutives are also becoming more common, such as Sam, Tony or Tom. Old fashioned names are experiencing a bit of a revival, with plenty of little Basiles, Luciens and Josephs. American names are falling out of favour, with some exceptions (variations on Emy, Dylan and Joey, for instance). A few parents are inventing or choosing very unusual names for their little ones, like Gaucelme, Ephissème or Dragos. Quite a few get named after fruit or flowers: Cerise, Airelle, Capucine. Composite names are being modernised so that although Jean-Luc remains very popular, we now have Louisa-Mériem, Léo-Paul and Léo-Pahn. Often this is the result of the parents wanting to merge two cultural traditions. There is no 'presidential phenomenon', with only two Nicolas and a single Carla.

Deaths were also slightly down on last year, with 1443 people dying. Of those, 1139 were over sixty years old, 44 were killed on the roads and in addition, there were 95 still births. Very sadly, there seem to have been quite a few suicides. They are reported in the paper distressingly frequently, and Preuilly has not escaped, recently losing a respected and popular young man. Just as sadly, a neighbouring village lost one of their young men a couple of months ago serving in Afghanistan. Over all, more men than women died.

419 couples were married, with 19 June taking the prize as the most popular date (14 couples chose this particular Saturday). Weekday marriages are becoming more common, especially Friday evenings. Couples say it's calmer, there is less pressure and they can take more time for the photos. One couple apparently requested a webcam so they could broadcast the wedding in real time to their friends overseas, but sadly, it wasn't possible to set up.

Some of those names are quite
a mouthful. And I always think
of the child who has to learn
to write his/her name. Nice
to be Tom rather than Ephisseme.

Arthur, Emma, Lucas and Nathan...those names sound so anglophone. "The cabbages bloomed more than the roses" that is too funny!

Funny you should post about this today, because the most popular names for Belgian newborns were published this morning. And the winners are: Louis and Marie. For boys 'Luca' is very popular too. Number two and three on the girl's list are Emma and Louise.

S&S: I saw a broadcast clip from Chanel 7 in Brisbane today. They were turning off all the power downtown as the waters rise in the city. They also showed the nearby town of Ipswich (?) with horses trying to swim through the water to the safety of the rooftops. I hope this flooding subsides quickly; it is heartbreaking to see this.

Thinking about the terrible tragedy for the peoples in Australia - may your friends and family and all others find courage and strength to survive against Nature and the ability to rebuild their lives.
They need so much help. Evidently, today was going to be the day when the 1974 flood aftermath was ended! Terrible.

Were there no new Tourangeaux named Celestine? That's a fine name, especially when one is vintage and has one's own Facebook page. Which is making me smile a lot.

Sending best wishes to your friends and family in soggy Queensland. Hope everyone is still OK.

Emm is right, there should be Celestine in the list; it is such a pretty name. When I was born, there were very few Nadege(s). At the hospital in Nevers, the nuns didn't want my mother to give me that name because at the time, there was no Sainte Nadege. Now there is one; I wonder where she comes from. I have to check that out.

Sheila: In my experience, French people with long names abbreviate them - often to just the initials.

Diogenes: yes, I thought so too - so French in sentimental mode.

Sweetpea: Indeed. One small hamlet lost 30 people! There is an appeal, and the government has already offered income support. In the event the peak was about a metre lower than 74.

Emm: I don't know - I haven't seen a complete list unfortunately. I'm inclined to think Célestine would be out of favour because it has too many syllables. My family are fine. Several friends have evacuated. Others are trapped in their houses but in no danger.

Nadège: I always think Nadège sounds a very serieuse name - dignified and trustworthy. It's not common, but now and again I encounter a Nadège.