The 15th century tuffeau (soft limestone) building to the south of the Abbey, facing on to rue du Trottoir in Preuilly is known as la maison de l'Abbé (the abbot's house). 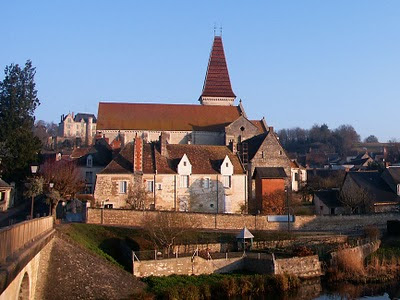 While the convent associated with the Abbey was rebuilt in the 15th century, the religious community was dispersed into various locations in town. At the time, the Abbey also owned this private house, which I suspect may originally have been an investment to earn them rental income. Its opulence was certainly a long way from the strict Cistercian rule practiced earlier, but the nuns moved in and by the 19th century it was a girls school. It narrowly avoided being destroyed in a bombing raid during the Second World War (the house across the road was hit and the abbey windows shattered).

At the back of the house there is a spiral staircase tower dating from the 15th and 16th centuries. It is unusual in that it has a stone vaulted ceiling constructed on wooden ribs. Mid way up the stairs there is a monk carved into the wall, depicted lighting the visitor's way. 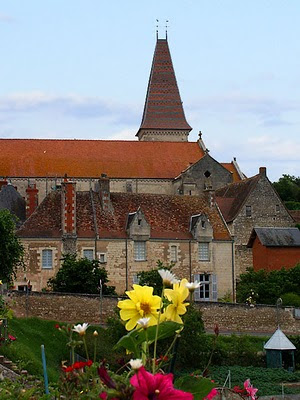 At present there is a movement in town to have the building converted into sheltered housing for the elderly.

Amusingly, in Le Patrimoine des communes d'Indre-et-Loire, a composite photo has been used, giving the house an extra bay.