At this time of year it can be a struggle to write something every day for a blog about ordinary life (although I notice that Sweetpea over on the Village de Vaux blog is doing well at the moment).

We have been tending to stay tucked up indoors as much as possible, hardly see the neighbours and don't have to do anything about the garden yet. Not much blog fodder in that.

So I thought I'd introduce a wild card, and post some beautiful photographs of Australian terrestrial orchids taken by my sister in the Australian Capital Territory (or nearby). It is, after all, the International Year of Biodiversity, and Australia orchids contribute charmingly to the cause. 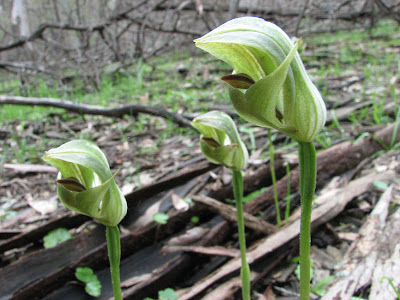 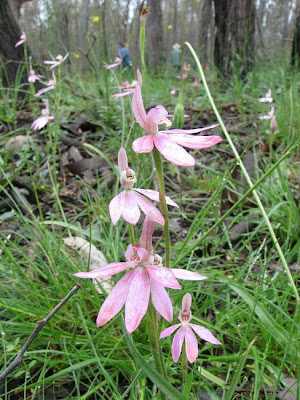 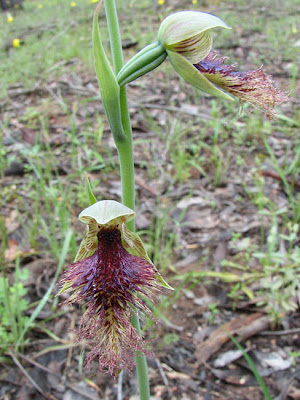 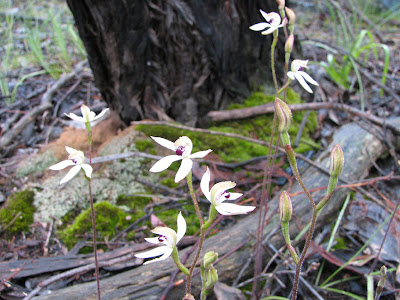 Greencomb Spider Orchid
There are 119 species of orchids (and two natural hybrids) in 32 genera in the ACT, which equals 12% of the native flora in the area. For an area of only 2360 km² it is rich in orchid species (1304 species of orchids form 5-6% of the native flora in Australia overall). The only genera there is in common with us here in France is Spiranthes. ACT species are all terrestrial and deciduous (or at least have a dormant period). Most flower in the spring.

Orchids in the ACT favour habitats of dry forest; montane forest,where the soil is clay-loam, often stony or shallow; montane grassland; montane swamp; grassy woodland and subalpine snowgum woodland. Summer fires followed by rain are a significant trigger to flowering, but the intense fires of recent years have destroyed some colonies. Feral pigs are also a threat, capable of wiping out a colony of orchids.