As promised, the Caravan of the Tour de France 2009.

There were a few vehicles in the caravanne this year I didn't see last year: 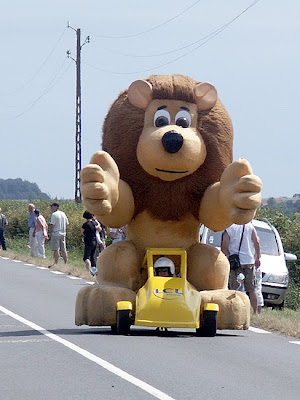 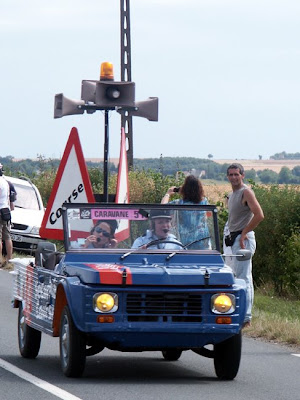 Also, a couple of photos of the helicopter taking the pictures for television. Last year over Preuilly it was a lot higher in the sky, for those authentically beautiful views. 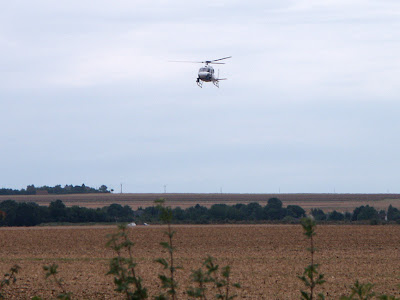 If you were watching television, this is the helicopter filming as the peleton went through the crossroads ar le Relais (about 17km from the finish). 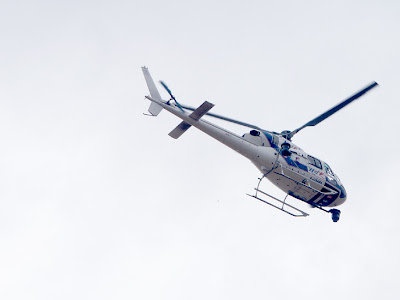 We didn't get as many goodies this year - a bag of Haribo licorice is all I scored. Maybe one needs to be in a town so the vehicles are travelling slower as they pass you. I enjoy the Tour de France so much that I am considering watching it every year. Living in the (almost) centre of France, we should be within a couple of hours drive of the course most years. It will be interesting to see if crowds on non-holiday days are as large as the were on Bastille Day.

Ah-ah I saw that lion last year ! I wonder where he lives between races ??

I'm totally confused by the caravanne. What is it's purpose? Does it come before or after the bikers? Is it like a parade that travels through the whole tour? What a terrific opportunity to see the Tour no matter where they ride. Sounds like a good goal.

Jean - I will have to check last year's photos for the lion. I have no idea where it hides during the hunting season

Paulita - the caravanne is where all the team sponsors do their advertising. It travels the whole course about an hour ahead of the cyclists - think Mardi Gras or St Patricks day at 40kmh...

Love the bug on the lens at about 1:40! What a fun bit of education on Le Tour. I had no idea.