Once I had loaded all the excess boxes and plants into the van, I had two days to myself. I had dinner with my Uncle Geoff and Aunt Pat (who also let me use their shower) and used their internet to try change my ferry booking so I could come home early. Changing the ticket would have cost me more than the original return ticket had cost, so I decided to stay until my original return time; Sunday. I booked myself into a hotel near where Susan and I had been living (it was cheap) and slept like one of the innocent (after having another shower - I don't know if you can go into credit with showering, but I did attempt it).

The Royal Hotel, Purfleet. Rooms are basic but large
and clean, and cost only £36 per night if booked online.
Not bad for a hotel only 30 minutes from the centre of London 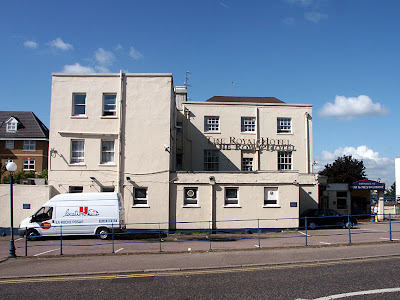 Purfleet doesn't have many claims to fame,
but this is one of them 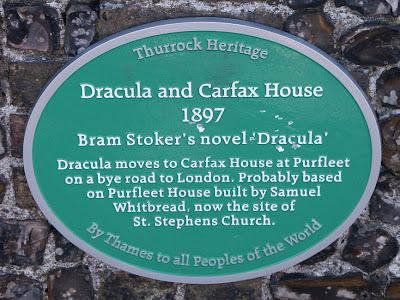 On Friday I went into London with Kippa (my brother's second son) which was fun - we wandered around some music shops and computing stores, stopped off and had a cup of tea (as you do) and just checked things out. Pat and Geoff had invited me for dinner again on Friday night, so I went to their place (via the hotel) and rounded off a generally pleasant and relaxing day.

On Saturday I checked out of the hotel and went to the nearby RSPB Rainham Marshes reserve. This was where Susan and I, one bitterly cold February afternoon whilst voluntarily picking up litter from the Thames foreshore, decided to move to France. If the weather that day had been like it was on Saturday, we might still be living in London... 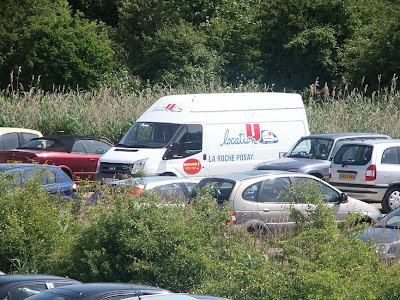 A view across Rainham Marshes. The concrete
viaduct is the Eurostar rail line to St Pancras 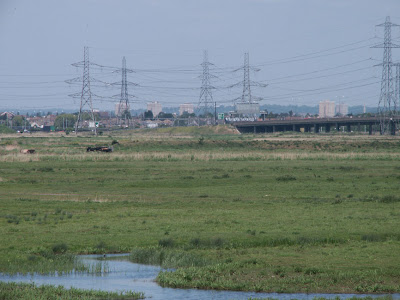 After lunch I drove to Greenwich via the Woolwich Free Ferry. One of my earliest memories is crossing the Thames via the Ferry when it was still a paddle steamer (Simmer down - the paddle steamers stayed in service until the mid 1960's)

Once across the river I parked in tourist filled (and I do mean filled) Greenwich, home of the Cutty Sark, the Royal Observatory, the Royal Naval College (now Greenwich University Campus, currently being used for filming The Wolfman) and the National Maritime Museum.

Down by the Cutty Sark. My brother lives very close to here. 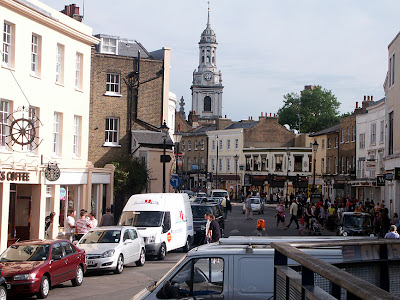 In the evening before dinner we had a walk around Greenwich Park, home of the Royal Observatory, looking for various Anglo Saxon Tumuli, Roman Remains and other old Stuff.

The Royal Observatory, where west meets east.
The orange ball drops at 1pm so that ships
can set their timepieces 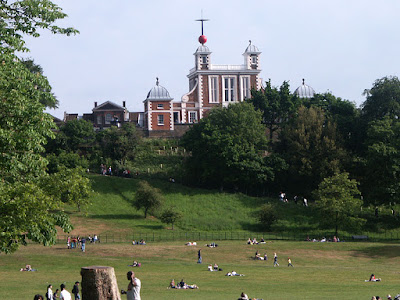 After dinner Jono, Rosie and myself went mudlarking, as the tide was quite a long way out. We found plenty of clay pipe stems, some saltglaze pottery, and what I claim to be a piece of Roman Samian ware.

On Sunday Morning at 4.00 I left Jono's house, and in the 10 metre or so walk to the car was the victim of an attempted mugging. Nothing was stolen, (the mugger was so stoned he didn't seem to notice I was carrying a camera and a briefcase, he only wanted my phone) but I do have a lump on my jaw where I was punched. Only my pride (and my faith in humankind) was really hurt, but it wasn't the best way to end a weekend away. 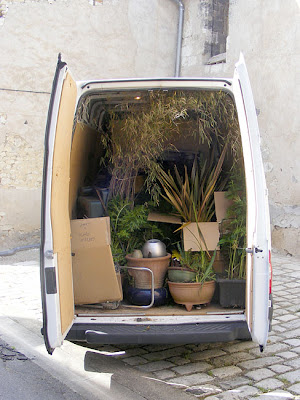 The drive home was uneventful (I didn't need any more excitement anyway) and we were amazed to find on arrival in Preuilly that the plants had thrived in being in the back of the van for 3 warm days and everything appears to have survived.

We were well impressed with the van hire - I had booked 5 days and 2000 kilometres, but in the end I only did just over 1500km. When we were presented with the bill it was 5 days - and 1500km. I used just over 100€ of fuel which means I did about 30mpg even though half the time I was carrying a full load and travelling at open road speeds, and it had long wave on the radio which meant I was able to listen to the cricket.

I do feel now I have now arrived in Preuilly after two weeks of officially being here.

PS - we had the world's weakest thunderstorm yesterday evening - 4 drops of rain and a couple of thunderclaps. It wasn't even enough to water the plants.
Posted by Simon at 10:00