As usual a group of us gathered at Rosemary and Jean-Michel's house to prepare foie gras for Christmas. I had picked up the foies fresh from the producer's abbatoir the day before. Here are some pictures of the day:


I've separated the two lobes of the liver.

Me, Jean-Michel and Paul, digging deep for veins. 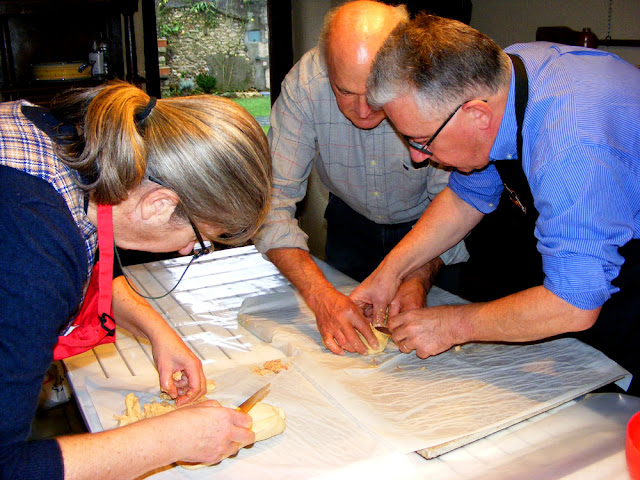 Newbie Tamsin is helped by Rosemary, who has years of experience. 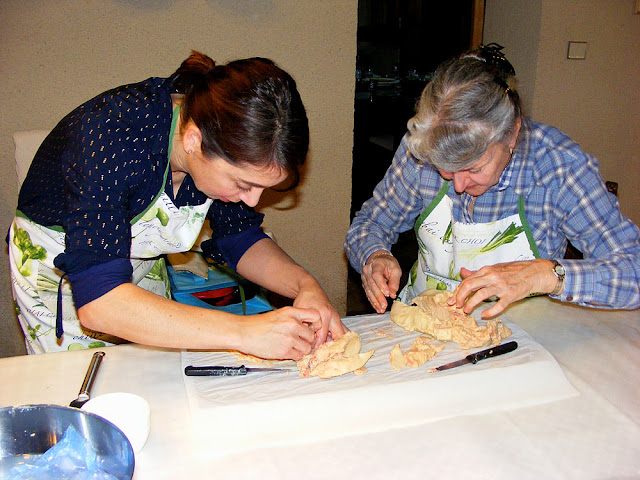 Seasoning the foie gras before wrapping in gauze for curing. 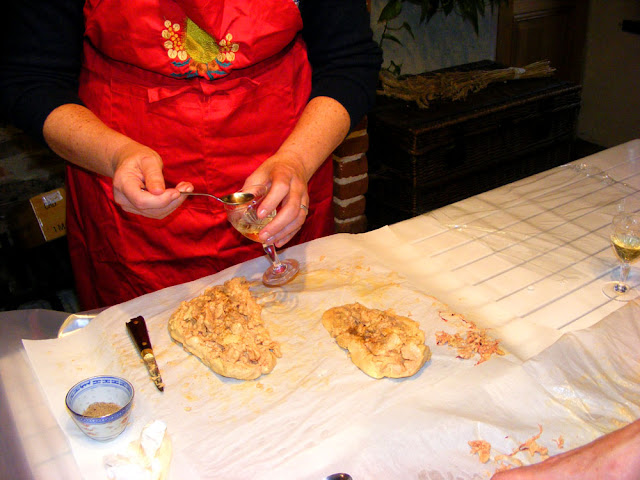 Six people attended -- three Australian (me, Rosemary and Tamsin) and three French (Jean-Michel, Paul and Françoise). Four foies were prepared and are now ready for consumption, although we will keep ours until Christmas celebrations really get underway. This year I've got English onion marmalade and a jar of something labelled piperade de Noël which claims to be ideal with foie gras. Both were opportunistically bought at Noz in anticipation of Christmas foie gras.

Here is a link to a previous post about making foie gras, and another for if you are uncomfortable with the idea of foie gras.