A Walk From Le Grand Pressigny Along the Aigronne

Our walking club outing on 29 November took us from Le Grand Pressigny, out along a ridge following the north (right) bank of the Aigronne River, down and across the river then back up on the ridge the other side. This second ridge is the one proposed as the site of the dreaded wind turbines, although they will be closer to Le Petit Pressigny as there are too many houses along the part we walked I think. I can't see how the wind turbines could meet the requirement to be 500 metres away from buildings along the section we walked. Here are some pictures from the walk:

The chateau of Le Grand Pressigny next to the new Museum of Prehistory,
taken from rue de la vieille poste. 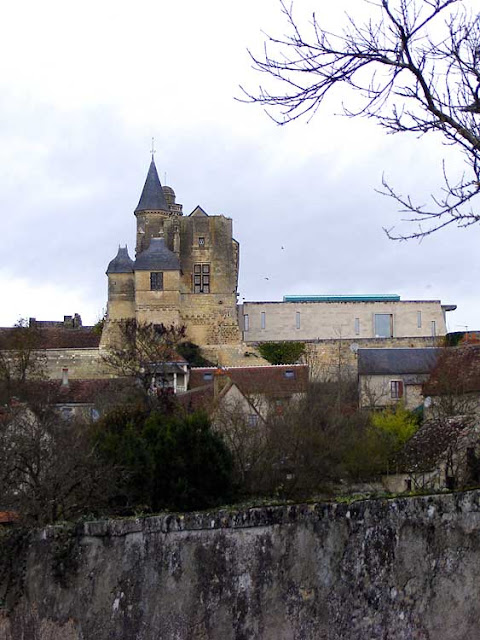 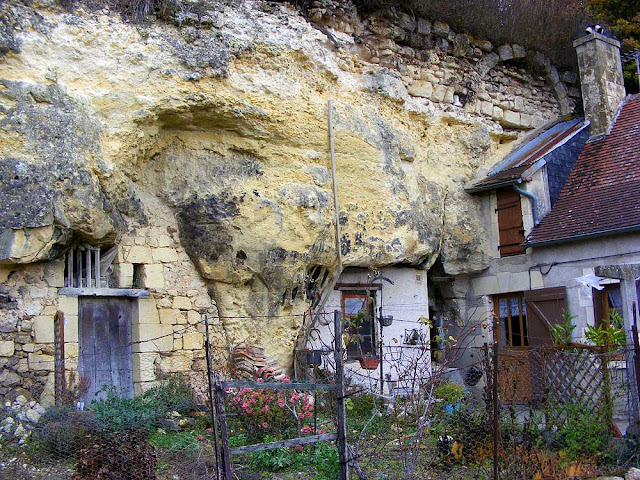 The home of one of Louis XIV's mistresses according to local lore. 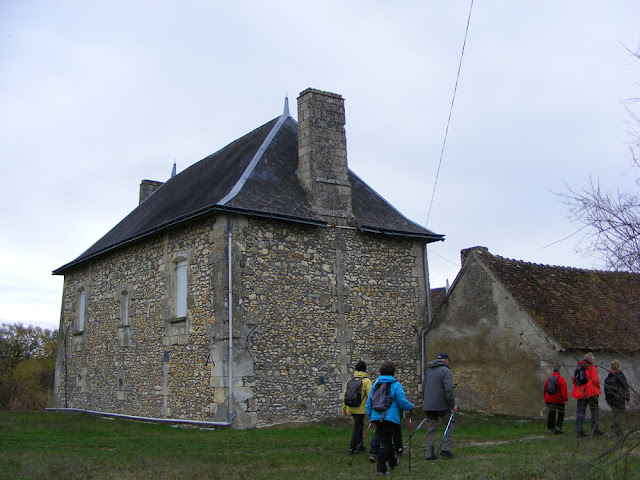 This house might not look much from the outside but I'm told that inside it is four huge rooms, elegantly and sympathetically restored and furnished by the current owners, who are friends of friends.

A billhook stuck into a telephone pole. 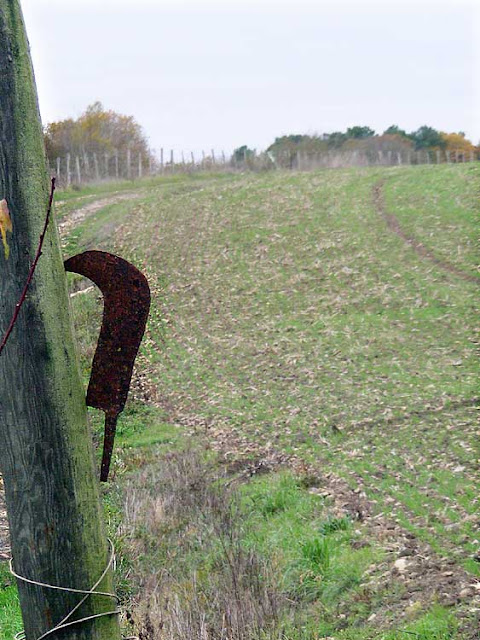 An abandoned limestone quarry in the cliff. 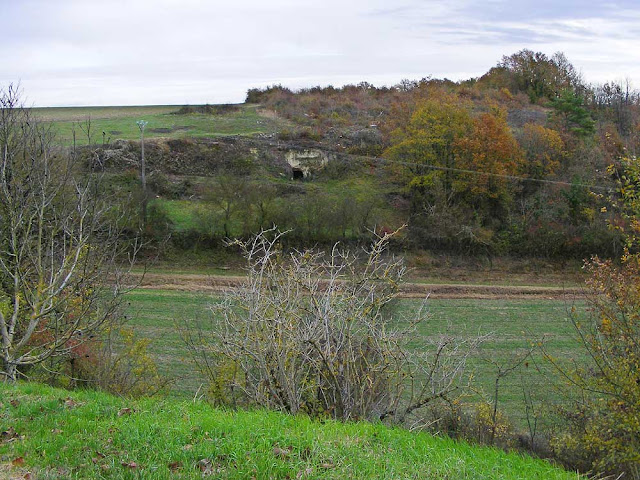 I have been within metres of this cave pictured above and not known it was there. The entrance must be obscured by bushes if you are on the nearby path.

We were amused by this turnstile entrance to a plot of land in the middle of nowhere. 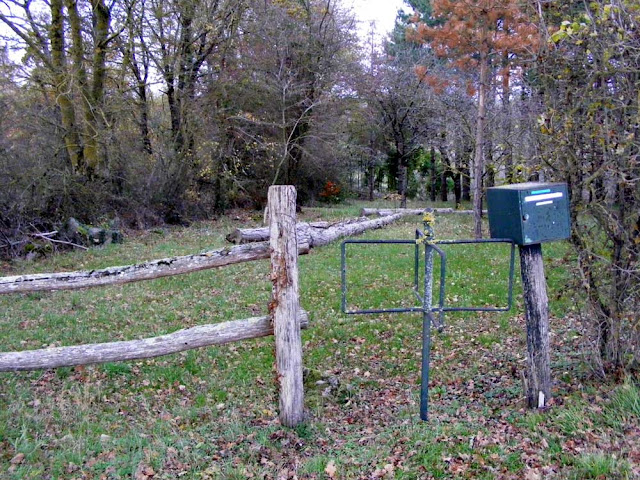 The once mighty Chateau of Etableau. 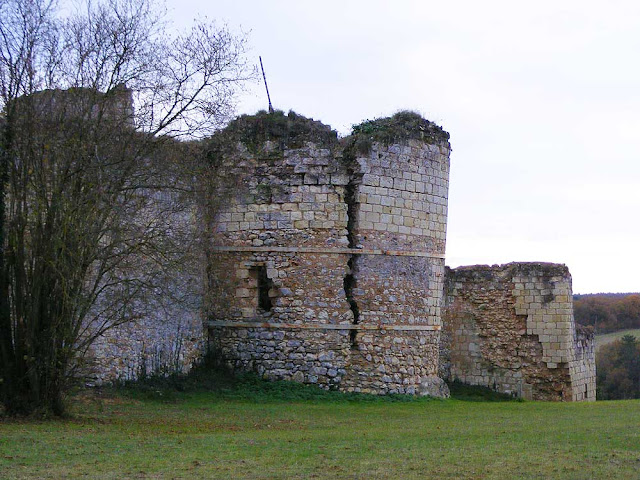 The chateau is owned by the recently retired pharmacist from Le Grand Pressigny, who lives in a more modern house down the hill beyond the chateau and overlooking the Claise Valley. The Chateau of Etableau has looked like this, with the iron bands holding the great tower together, for as long as anyone can remember.


View from the market place in Le Grand Pressigny. 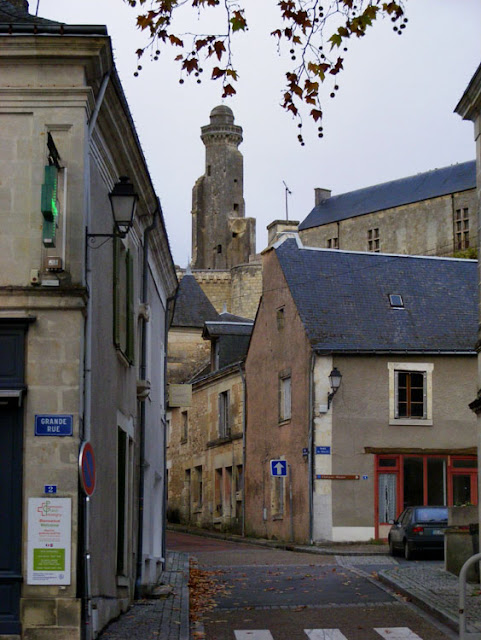 Lovely walk to start my day. thanks.
Jocelyn

We did this walk with the group a couple of years ago. Excellent route.