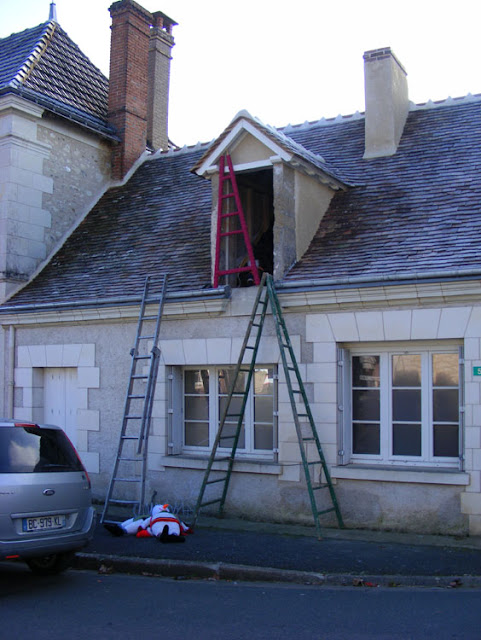 I drove through Bossay sur Claise, the village just upstream from us, about ten days before Christmas and noticed that their municipal Christmas decorations all appeared to be knitted. I was intrigued so stopped to take some photos. I was not the only one -- the photographer for the Renaissance Lochoise was expected any moment and Christian Caillet, our local stringer for La Nouvelle République, was already there. 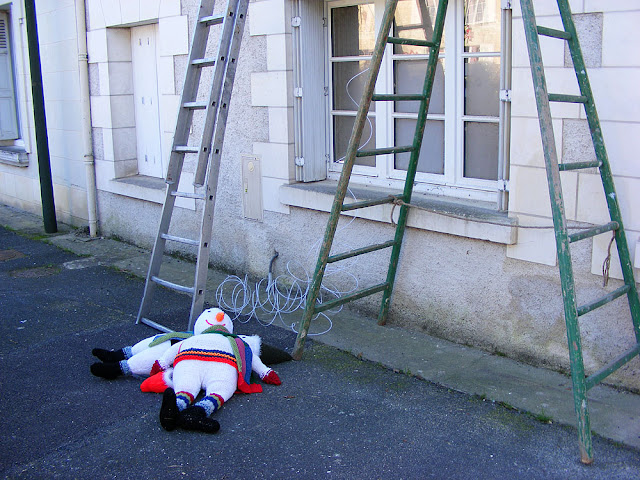 The municipal workers were busy attaching knitted characters large and small to buildings and trees in the square.  The workman dealing with these snowmen was just knocking on the door of the private residence where they were to be placed when I arrived. It turns out that the knitting of Christmas decorations was a community project. 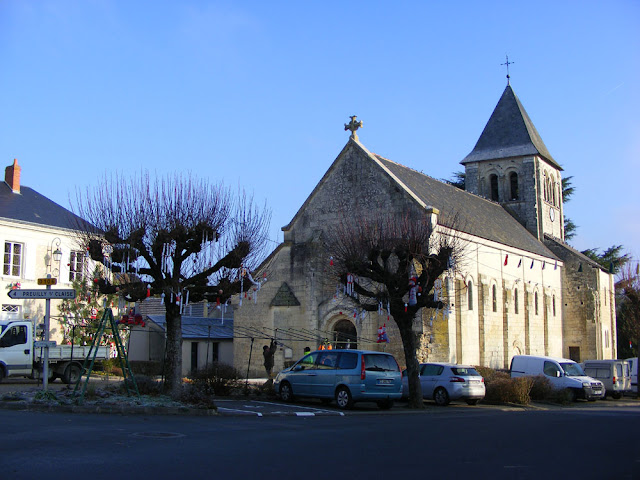 Every Wednesday since the end of August a group of volunteers has got together. They unravelled old jumpers to get yarn. Other useful accessories, such as old tennis balls were left at the town hall by donors. Everyone, from children to the elderly, were encouraged to participate. An skilled stitcher and yarn crafter was on hand to provide advice and tuition. The aim was to create a project that was environmentally friendly, sharing and fun. The knitters, crocheters and stitchers made something of worth by reusing stuff that would otherwise be thrown out; they reinforced social links, especially for those living on their own; and developed participants creativity.


The Three Kings as you've never seen them before...

It all came about because the year before Bossay had done a similar project to create costumes for the Grand Parade at the Agricultural Show. The woman behind both projects, Danièle Déletang, is a retired professional decorator. She lives in Bossay, but travels often and widely. Having encountered a town in Western Australia that had decorated its trees for Christmas Eve she figured she could organise something similar at home. It fitted in nicely with Bossay's history too, as every year they hold a wool fair in June. The decorations will be in place until Epiphany. 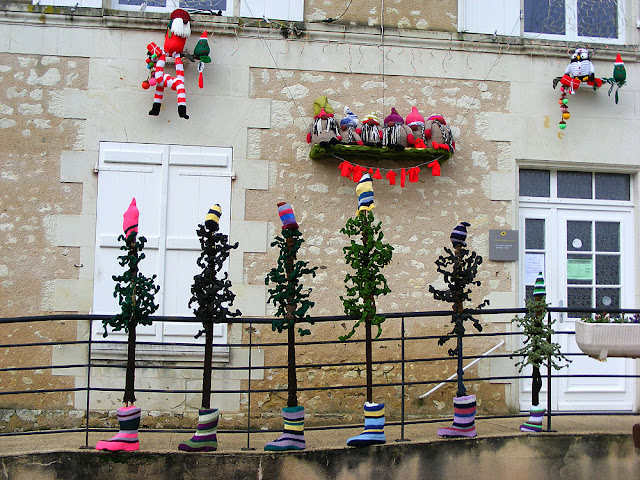 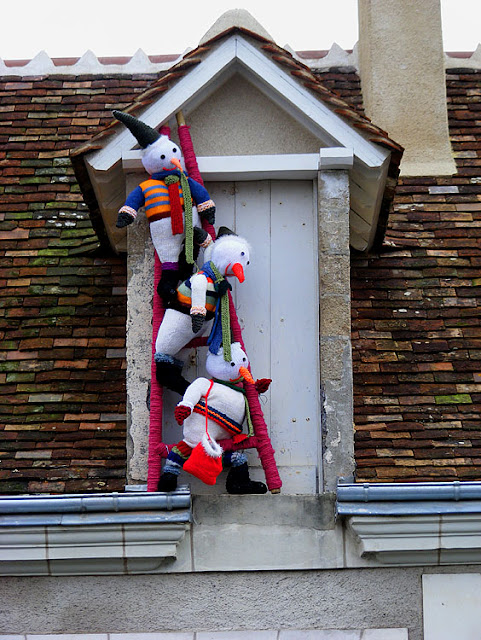 Soon after Christmas, Japanese people start preparing for the year-end and New Year’s events.
Compared to Christmas, many of these events are based on Japanese tradition and are deeply related to religion.
The end-of-year party is called “bonenkai” in Japanese. “Bonen” means to forget (the worries of) the past year.
People are busy with events on New Year’s Eve.

It's similar here in terms of preparation, but New Year is a secular celebration, whereas Christmas is still, at its core, a religious festival. Thanks for sharing the Japanese tradition.