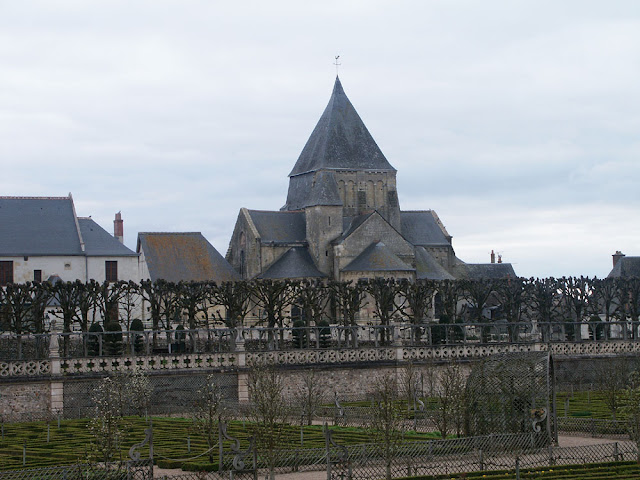 Linden trees have long been believed in Europe to have medicinal benefits. They have been planted around hospitals since the Middle Ages to purify the air, and linden tea, made from the nectar rich flowers is still very popular as a calmative. Since the 17th century they have been one of the key plants in French formal gardens, being used to line paths and create 'living cloisters', in a way that demonstrated the gardener's mastery over nature. 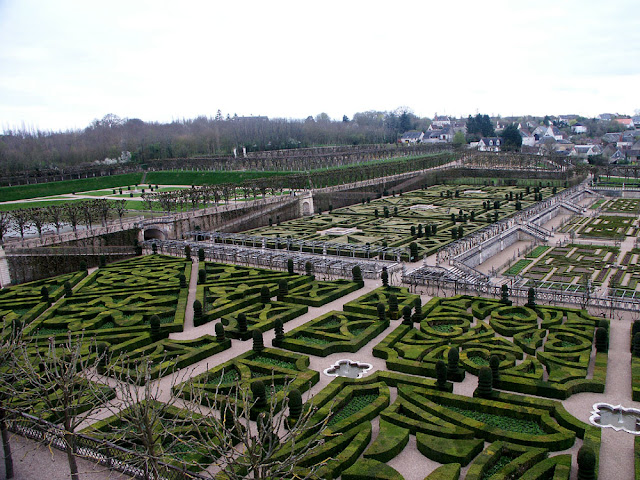 Linden trees are native to much of Europe and especially the lime rich soils of areas such as the Loire Valley. They are easy to cultivate and live to around 400 years. In the formal gardening style of places such as Villandry the trees are pruned to create green curtains and to direct the eye to certain views. The Villandry lindens are two different species -- Small Leafed Linden Tilia cordata, with its heart-shaped leaves, and Large Leafed Linden T. platyphyllos. 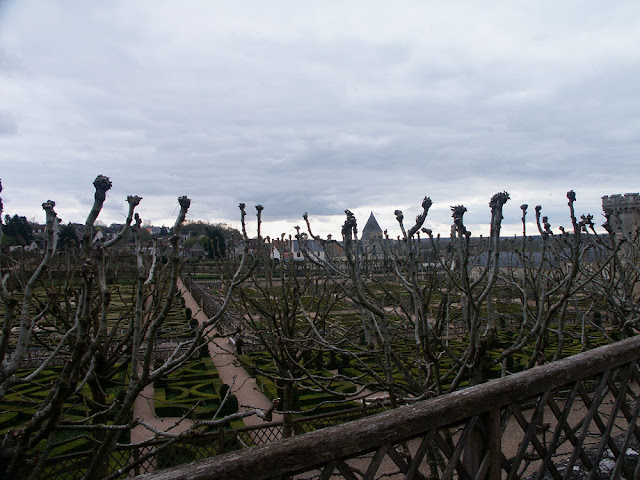 There are 1016 lindens at Villandry and pruning takes place over winter. For eight weeks four of the gardeners do nothing but prune linden trees. They use a style known as 'cats head', named after the effect of pruning at the same point year after year and producing a nodule which resembles a cats head. It has been found that trees pruned like this are able to store extra reserves of starches and sugars in the mass of scar tissue produced. This is another reason the trees are so long lived. The position and spacing of the cats heads is part of the gardeners skill. Too close or too far and the tree will not thrive. Dead branches are cut out and new vigorous young shoots chosen to replace them every year as necessary. 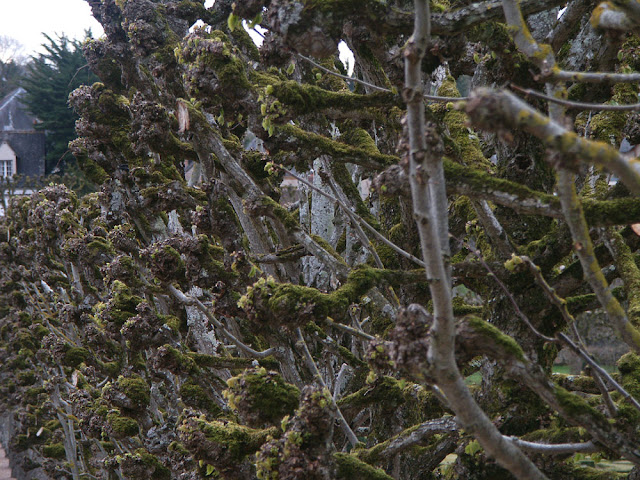 The trees at Villandry get the deluxe treatment every year. The gardeners prune from the vantage point of a cherry picker and use pneumatic loppers to individually cut each spur of annual growth. In public plantings such as street trees a cruder method is used, where the trees are mechanically scythed each spring. This weakens them and every few years they have to be pruned properly in order for them not to appear spindly and thin. Sadly, either method of pruning means that these trees do not flower. If they did you would be able to smell the garden before you saw it in mid-summer, and hear it because of the quantity of bees attracted. 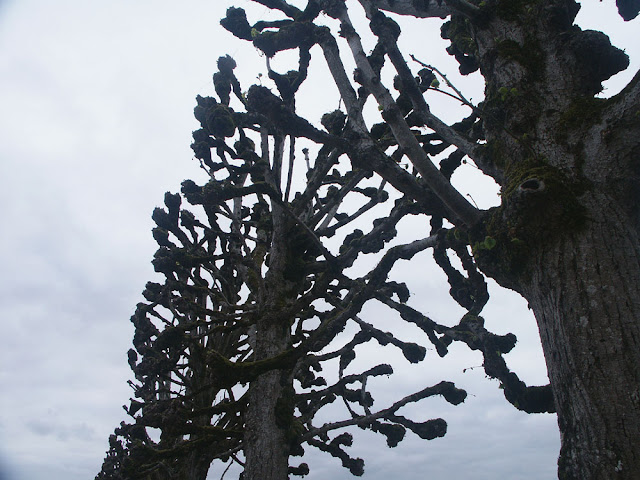 Lindens may be robust, but they do come under attack from certain pests. At Villandry they are protected against aphids by an army of ladybirds. In 1995 the trees were severely infested with two-spotted spider mite, which turned the leaves into lace then caused them to fall in mid-summer. Chemical sprays were ineffective and a research facility was called in to provide a biological control. The management felt that they could not justify the risk to the health of the gardeners or the visitors if they continued to spray the mites with pesticides. As they discovered, the answer was already on their doorstep. In the forest around the chateau there was already a predatory mite living happily in the wild lindens and preying on the two-spotted mites. These were introduced to the gardens and by 2002 the problem was under control, with the predatory mites having established a thriving colony in the Villandry lindens. 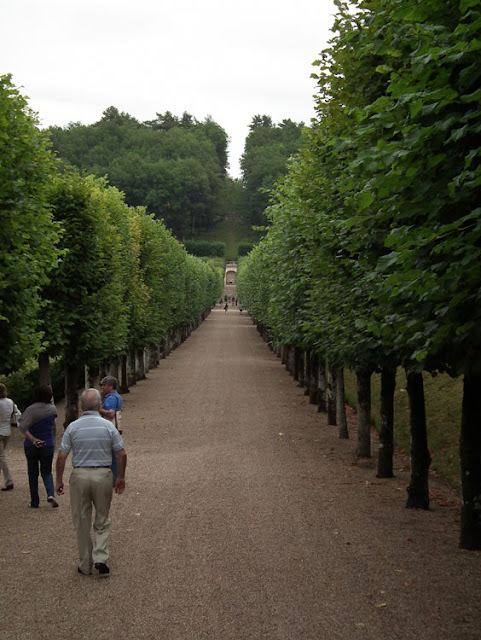 Email ThisBlogThis!Share to TwitterShare to FacebookShare to Pinterest
Labels: Churches, Gardens and Parks, Pictures of Chateaux

Sandwiches in Spring!
Very fresh white bread, butter and a tonne of very young lime leaves...
Slice loaf [or part cut through if a baguette and open out]...
Butter thinly...
Lay on a thick layer of lime leaves [or half the amount if baguetting] and add another slice of bread [or fold if....]
Eat and enjoy... the leaves are also good in spring salads.