The Moat's a Bit of a Mess 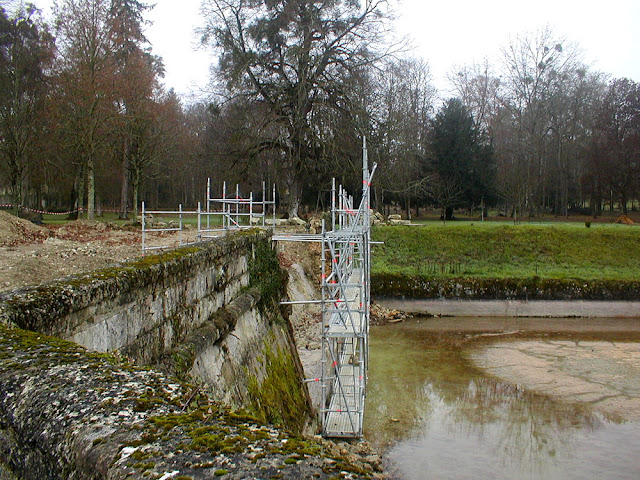 A couple of months ago I heard through the grapevine that the retaining wall for the moat at the Chateau of Boussay had collapsed. It took me a few weeks to get over there to see for myself and photograph it and in the meantime the chateau posted photos on their Facebook page, along with an appeal for donations of suitable stone to help the repairs. 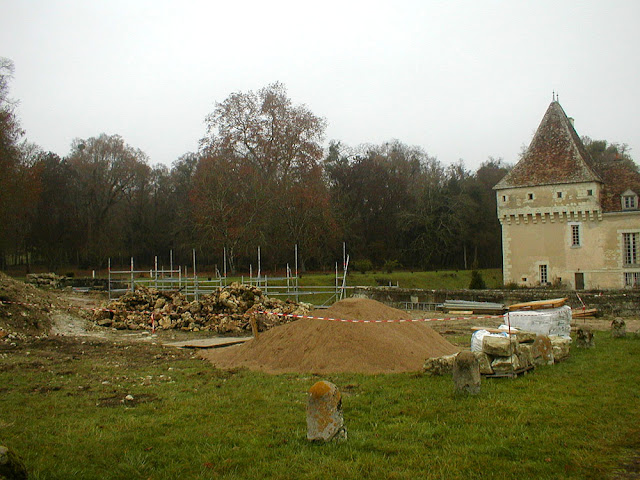 This is par for the course if you own a crumbling medieval chateau. Last year it was a chimney and fireplace collapse. I've no doubt the roofs and windows are a constant worry. Imagine trying to heat the place. Chateaux look romantic, but it takes real determination to keep them maintained using private (as opposed to State) funds. 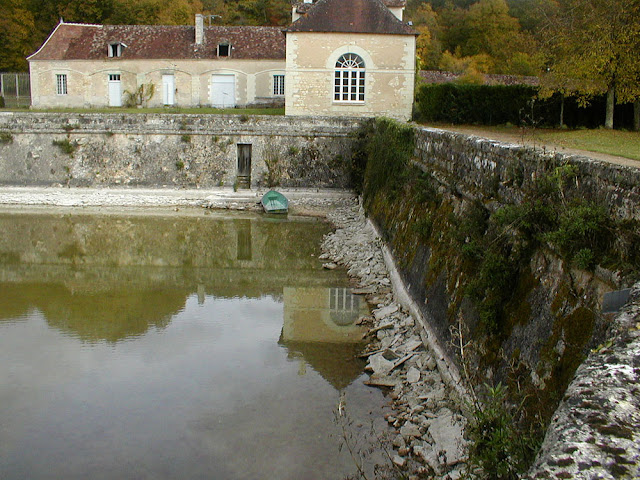 The rubble from the collapsed moat wall has been cleared out, the moat drained and scaffolding erected. Work is slowly starting on the rebuilding of the wall, but they have discovered that they don't have enough suitable stone, hence the appeal for donations. They are asking for anyone local who has moellons (a sort of large brick sized piece of roughly dressed limestone) that they don't want to please get in touch. 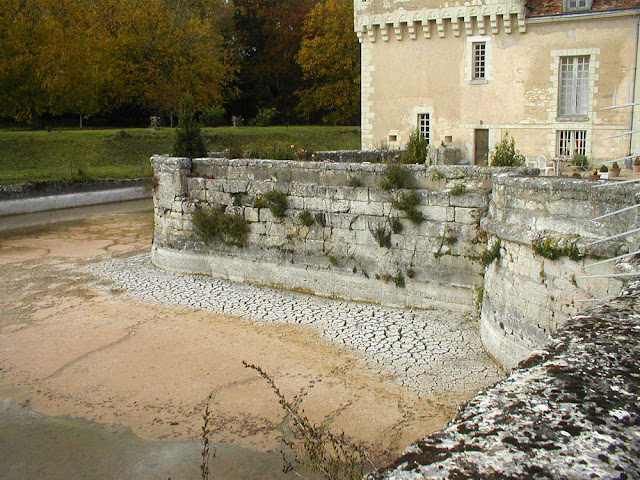 Email ThisBlogThis!Share to TwitterShare to FacebookShare to Pinterest
Labels: Boussay, Pictures of Chateaux