A Bomb Under the Bridge at Blois

I September an unexploded bomb was discovered under the third arch of the Pont Jacques-Gabriel in Blois, during a fire brigade swift water training exercise. It was dropped mid-June 1944 by an American plane, causing no damage to the bridge. The bridge had already been deliberately damaged by explosives earlier in the war to slow the German advance in June 1940, and later it was again deliberately blown up, in August 1944, when the Germans retreated to Vienne. After the war the bridge was restored and we've all  been driving over it and boating under it ever since. 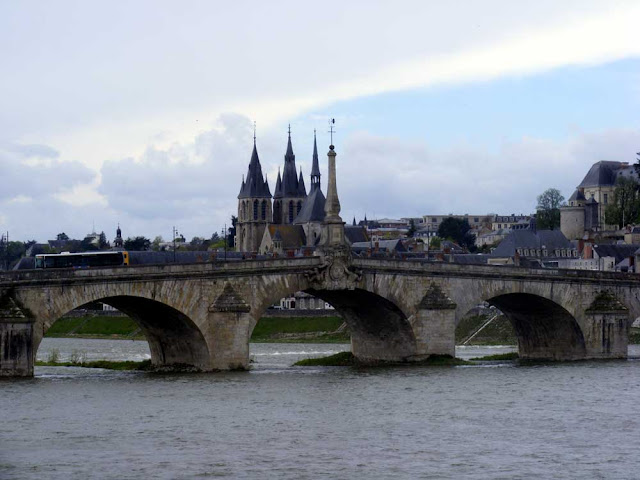 To render the bomb safe took the mobilisation of 120 people on Sunday 2 December. Present were the bomb disposal squad of course, but also local administrators, fifteen or so fire officers to extract the bomb from the river, and forty or fifty police of different flavours to ensure public order and safety. Some were stationed at the bridge, others at the site north of the city where it was to be exploded under controlled conditions.


The security cordon was fixed at 135 metres, so no one could cross the bridge on Sunday after 7 am. Nor could you take a boat under, or fly over the zone. No boating or fishing allowed. About 70 residents were evacuated to the Town Hall, where they were welcomed with breakfast. Businesses in the area were alerted, the disabled were offered the services of three ambulances on standby and gas and water cut off. 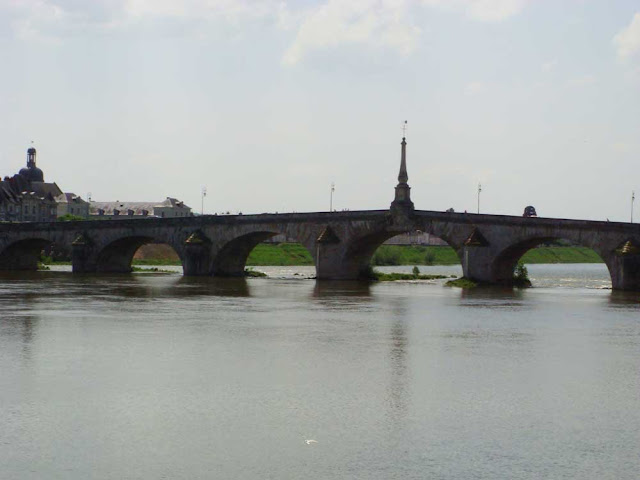 The 250kg bomb contained 124kg of active TNT. The bomb squad had already disarmed the two fuses but there was still a risk because this type of explosive can be unstable if moved. Removing the bomb from the river bed required a crane to lift it up onto the bridge and onto a truck. It was then transported to a quarry where it was buried three metres deep under sand, to reduce the noise and shockwave of the explosion.

BANG... How many people does it take to remove an unexploded bomb...? Quite a lot...

The people involved in safe removal of unexploded bombs of any caliber get all my admiration, in view of the actual danger of an unexpected catastrophic mishap.

Now, why haven't you got photos of the controlled explosion!?
And I take my hat off to the crane driver and the lorry driver!!

Wasn't there to take photos -- and the cordon would have meant nobody got a good view anyway. I agree the drivers are amazing. There is a video of the crane lifting it up somewhere.

I wonder how many other unexploded bombs theee are around!!!

Not many in the Touraine I suspect, although Tours and Saint Pierre des Corps probably still have a few.