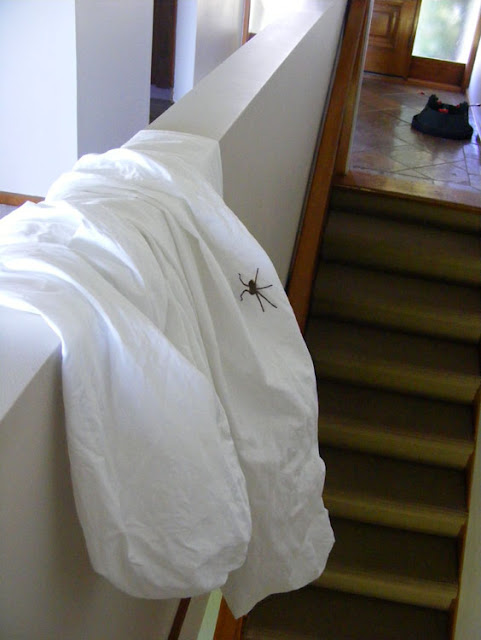 I think this large hairy spider is the huntsman Holconia flavida, but the family is not easy to identify to species level. Huntsman spiders of various species are very common all over Australia, living in the bush under bark, but also co-habiting with humans in their houses and sheds. They aren't usually agressive, but can bite if threatened. Huntsman spiders kill their prey with venom, but are not considered dangerous to humans. They are the largest spiders in Australia and can measure 16cm from toe tip to toe tip. 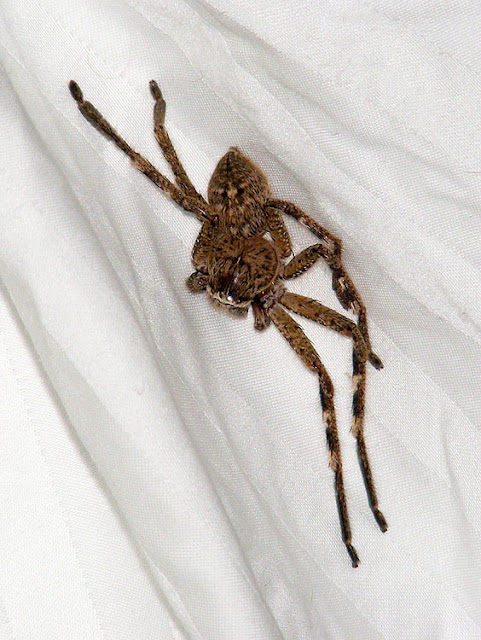 Huntsman spiders can run really fast, across floors, up walls and across ceilings, which makes them somewhat alarming even when you are used to them. This one might have been a bit hampered by having lost two legs on one side, but I never saw it move so can't confirm that. It spent several hours sitting on this sheet unmoving, probably worried about being seen in broad daylight. 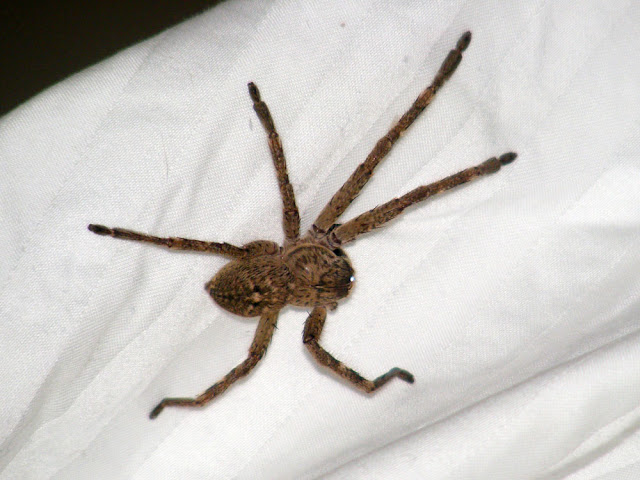 Only had two in the house this year, cheeky fellas

Bruno probably finds them irresistible, but I bet they prefer to live outside in the garden rather than have him getting too close.